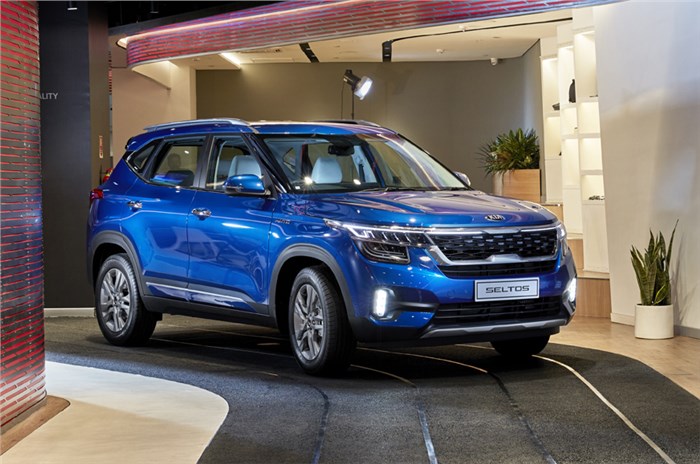 Kia made its India entry in the highly contested midsize SUV segment last year with the debut of the Seltos at Rs 9.69-16.99 lakh. With the launch prices being labelled as “introductory”, the company had revealed its plans for a price hike beginning 2020. And in line with its previous announcement, Kia has implemented a mark-up of up to Rs 35,000 from January 1, with the Seltos now priced between Rs 9.89-17.34 lakh.

There are no changes on the mechanical front. The Seltos continues to be available with 18 variants in two distinct categories – Tech-line and GT-line; the former gets a 115hp, 1.5-litre petrol engine (with a manual or CVT auto gearbox) and a 115hp, 1.5-litre diesel mill (mated to a manual or torque converter automatic transmission). The sportier GT-line boasts of a powerful 140hp, 1.4-litre turbo-petrol engine (allied to a manual or dual-clutch auto gearbox).

The Seltos has proven to be a runaway success for the Korean automaker ever since its launch on August 22, 2019. Kia has already sold 40,581 units till November-end last year, with the Seltos emerging as the top-selling utility vehicle in the India for two consecutive months. The Seltos rivals the likes of the Hyundai Creta, MG Hector, Tata Harrier, Renault Captur and Nissan Kicks in our market.

Despite the company commencing a second shift at its Anantapur plant in Andhra Pradesh to keep up with the demand, waiting periods for the Seltos extend from about two weeks for base variants to two months for higher trims. Prospective takers of the top-spec petrol and diesel variants are looking at waiting periods as high as three months.