Kia Seltos is currently priced from Rs 9.69 lakh for the entry-level petrol-manual and goes up to Rs 16.99 lakh for the GTX+ diesel-automatic. 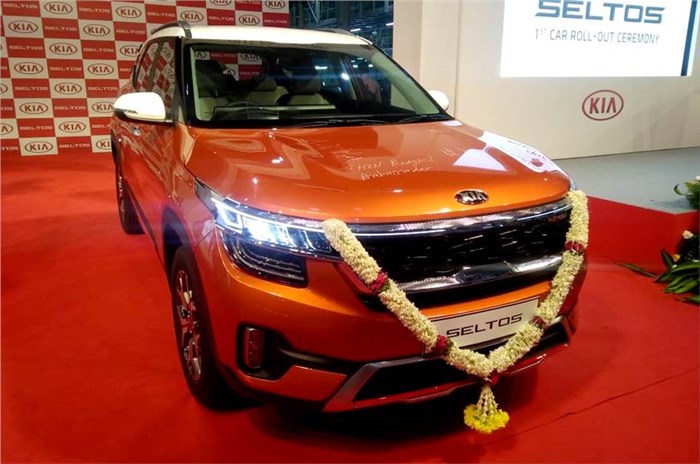 Kia Motors India will hike prices of its blockbuster Seltos SUV from January 1, 2020. Back in August, the company had introduced the Seltos SUV in the Indian market as its first product, with a starting price of Rs 9.69 lakh (ex-showroom, Delhi) for the entry-level petrol variant. At launch, the company had announced that prices for the Seltos are introductory and will be hiked soon. The company will continue to sell the Seltos at the previously announced introductory price till December 31, 2019. This means, customers able to take delivery of the Seltos before this date will qualify for the introductory pricing. Prices for the Seltos will go up from January 1, 2020, and all units delivered post January 1 will be sold with the increased price.

The company has not yet confirmed the difference in pricing but dealer sources tell us it will be “substantial and will be applicable on all variants.”

At launch, the Kia Seltos SUV hit the market with no less than 16 variants split in two major trim lines, with the HT-line being the more conventional range and the GT-line being the sportier one. The GT-line comes with bits like red accents on the exterior, unique design for alloy wheels, and all-black interior with contrast red stitching, to name a few. While 16 variants may sound like a lot, the Seltos’ top-spec GTX+ variant still missed out on an automatic gearbox option and was available only with a single 1.4-litre turbo-petrol unit mated to a 6-speed manual gearbox at launch. In September, the company went ahead and introduced two new top-spec variants – GTX+ petrol and a GTX+ diesel – after gathering customer feedback.

Currently, waiting period for the Seltos stretches to more than two months for some variants, depending on availability. The Seltos rivals the likes of the Hyundai Creta (new model due next year), the Tata Harrier, the Nissan Kicks, the Renault Captur and the MG Hector.

The company is currently gearing up to launch its second product in India, the Carnival MPV, which will see a price announcement sometime in January next year.