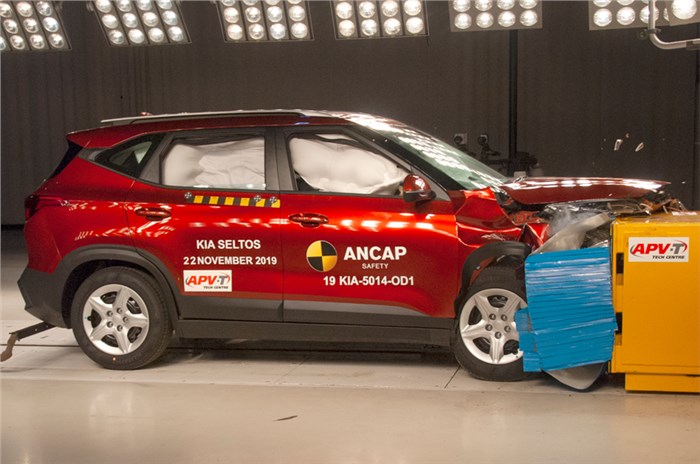 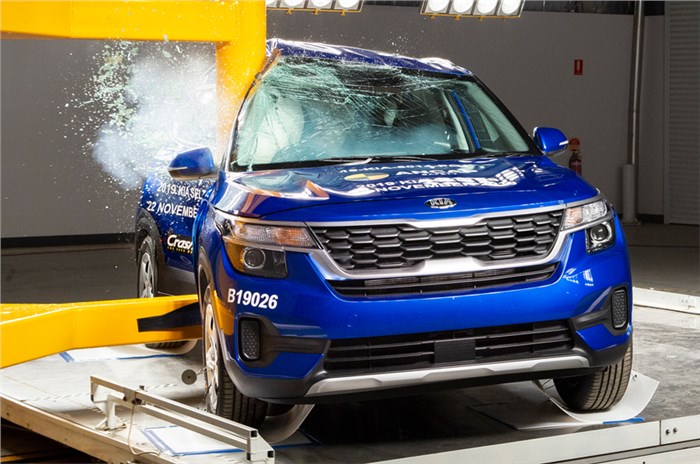 Introduced to the Indian market in August, the Kia Seltos is quite an important model for the Korean brand – underlined by the fact that it is exported from India to markets in the Middle-East and South Africa; and that it is sold in North American and Australasian markets. The SUV for the Australian market, which is imported to the country from South Korea, has been awarded a 5-star safety rating by the Australasian New Car Assessment Program (ANCAP).

Still, even the base level of kit, along with the sturdy body structure (as certified by ANCAP) should help it achieve a comparable score on Global NCAP’s crash tests, which are conducted with different parameters in mind.

The Kia Seltos for Australia also differs from the India-spec SUV in terms of its powertrain options. While the India-spec Seltos has three engine options (two petrols and one diesel); in Australia, the SUV is available with either a 150hp, 2.0-litre petrol engine or a 177hp, 1.6-litre turbo-petrol engine.