The Seltos facelift gets new looks, minor changes to its interior and a 360-degree camera. 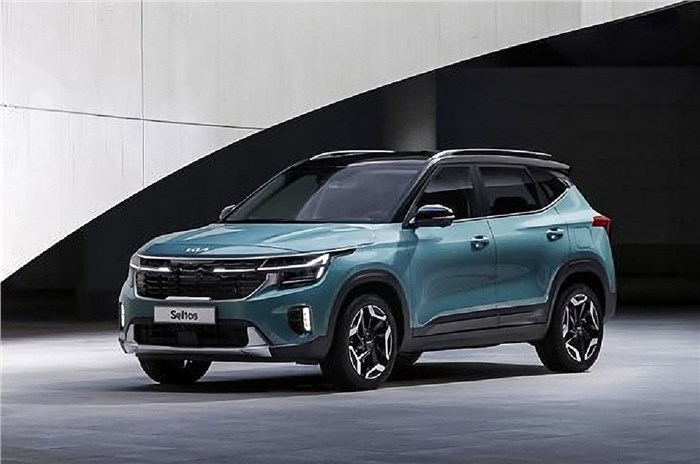 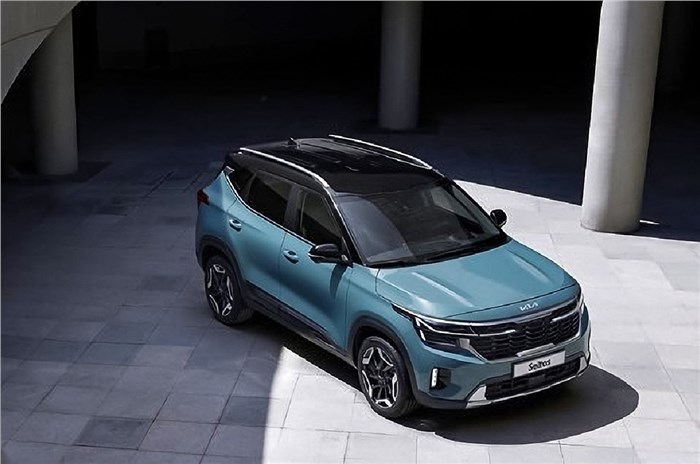 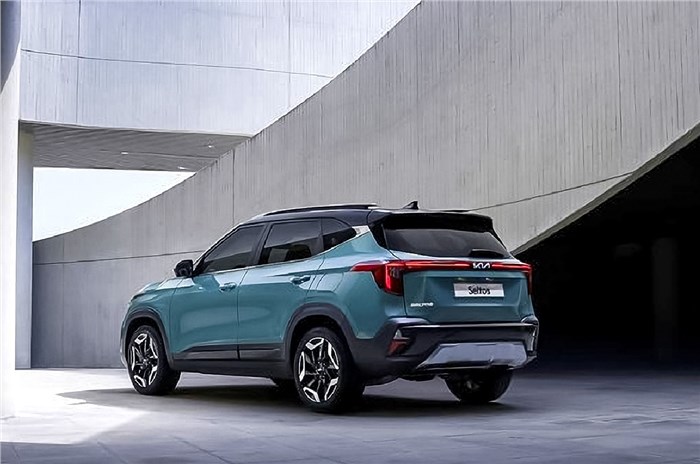 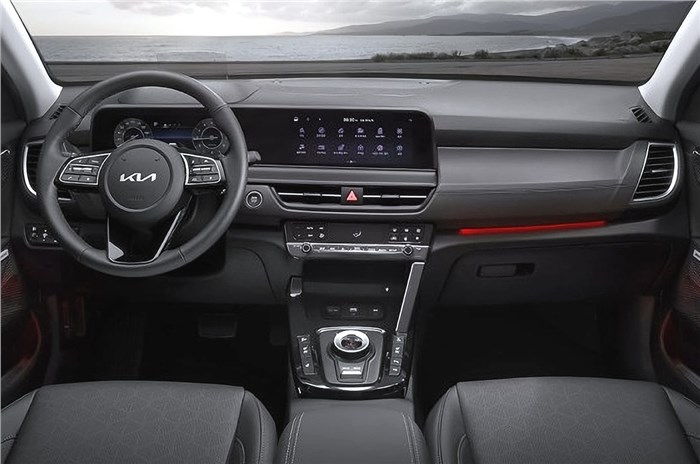 Kia has finally taken the covers off the refreshed Seltos overseas, and will showcase it for the first time to the general public at the Busan Motor Show 2022 in Korea, which starts on July 15. The Seltos, which was Kia’s first product for India, will receive a facelift here by 2023 in January. While Kia gave the Seltos certain updates in India a few months ago, the SUV we see in these pictures is a facelift that includes styling changes, among others.

The refreshed Seltos gets styling tweaks which bring it in line with newer Kia SUVs like the Sportage and the refreshed Telluride that are sold overseas. Up front, there's a new set of headlights with angular signatures similar to the Carens, LED daytime running lights that extend into the grille, and the “ice cube” foglamps, which have been carried over from the pre-facelifted Seltos. The front bumper gets more cuts and creases and a prominent air dam surrounded by a faux aluminum skid plate, which will mostly feature on the GT-Line or X-Line variant.

The SUV does not get any noticeable change on the sides except a new alloy wheel design, but at the rear, the changes are prominent. The Seltos facelift gets new tail-lamps that are now connected, with a prominent Kia badge taking center stage. The tail-lamps now extend downwards and get an L-shaped LED signature look that looks similar to the Venue facelift. The rear bumper also gets a new design and a more prominent faux skid plate set-up.

On the inside, while the overall layout of the dashboard seems to be the same, a closer look reveals multiple changes. The connected screen layout has been carried over on the Seltos facelift, but the new set-up has a curved screen that's also seen on the EV6 electric car. The screen size, however, remains the same at 10.25 inches. The refreshed Seltos also sees new switches for the HVAC controls, with the gear lever being replaced with a rotary dial.

Kia hasn’t revealed a full features list, but we expect the refreshed SUV to get more safety add-ons and additional features across the line-up. Pictures of the exterior confirm the presence of a 360-degree camera, which will be standard on higher variants. Sources tell us that the updated Seltos will get ADAS features as well, but it remains to be seen whether that will make it to the India-spec SUV.

There are no talks of the India-bound Seltos getting any major changes under the hood, which means the current set of petrol and diesel engines are expected to continue unchanged. The Seltos currently gets a 1.5-litre diesel, a 1.4-litre turbo petrol and a 1.5-litre naturally aspirated petrol engine. Gearbox choices include a six-speed manual, a 7-speed DCT automatic and a six-speed torque convertor automatic depending on engine selected. Kia recently introduced the Seltos diesel iMT, making it the only diesel iMT in the country.

The Seltos facelift’s direct rival, the Hyundai Creta, also gets the same powertrain options and sources tell us that Kia is also readying CNG-powered versions of the Seltos, which may debut with the facelift in India.

As far as rivals go, the Seltos facelift will see strong competition not just from the Creta, which is also due for a facelift, but from two new midsize SUVs coming from the Toyota-Maruti stable – one of which known as the Urban Cruiser Hyryder will see a debut tomorrow, July 1.  Additionally, the Seltos facelift will also rival the likes of the Volkswagen Taigun, Skoda Kushaq, MG Hector and the Tata Harrier in India.