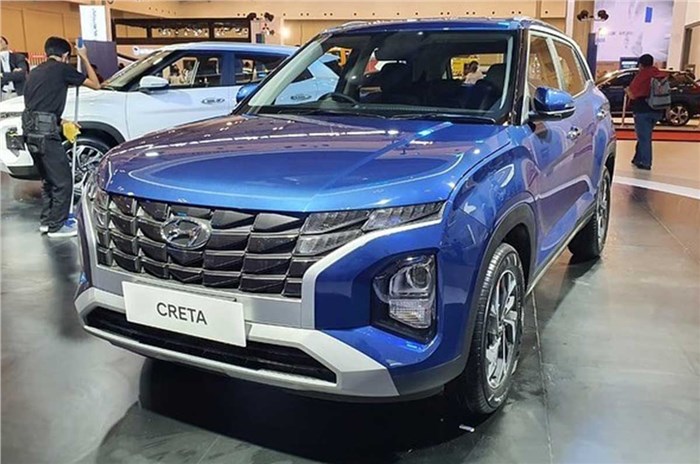 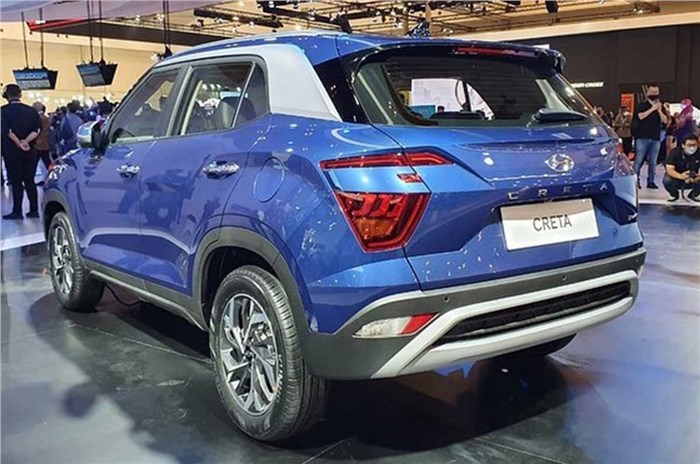 The 2022 Hyundai Creta facelift features a heavily reworked front-end, that is reminiscent of the new Tucson. The new Creta sports Hyundai’s new 'parametric grille' that stretches across the entire width of the car and neatly incorporates the LED Daytime Running Lamps (DRL). The DRLs have a unique design that make it look like they are a part of the grille when turned off. Besides this, the headlights are positioned slightly lower on the bumper and are more rectangular than the outgoing model.

Hyundai has also updated the rear of the Creta. It now gets sharper looking taillamps and a re-profiled boot lid, much like the Russian-spec Creta. Furthermore, the plastic panel that connects the two taillamps has been redesigned and now gets two vertical creases, one on each side. The rear bumper too, has been tweaked.

The Creta facelift carries over the design and layout of the dashboard of the pre-facelift model. However, Hyundai has included some new features on the facelift, like a 10.25-inch digital instrument cluster (like the one seen in the Alcazar). The Creta facelift will also get an updated version of Hyundai’s BlueLink connected car tech, that brings with it new safety features like stolen vehicle tracking, stolen vehicle immobilisation and a valet parking mode, all of which will be accessible via your phone.

Other than that, the Creta continues to get a panoramic sunroof, cooled front seats, touchscreen infotainment system with Android Auto and Apple CarPlay support, ambient lighting and an air purifier.

One of the highlights of the updated Creta is the introduction of Advanced Driver Assist Systems (ADAS). This brings in safety features like lane keep assist, blind spot monitor, adaptive cruise control, rear cross-traffic collision avoidance assist and autonomous emergency braking with forward collision avoidance on the top-spec trim. However, it remains to be seen if Hyundai offers this on the India-spec model as well.

In Indonesia, the Creta facelift will be powered by a sole 115hp, 144Nm, 1.5-litre, four-cylinder petrol engine, that can be had with either a 6-speed manual or CVT automatic gearbox option. However, when it is introduced in India, expect it to also feature the 115hp, 1.5-litre diesel and 140hp, 1.4-litre turbo-petrol engine options from the current model.

Speaking of India, even though the current Hyundai Creta was introduced here just last year, expect the facelift to be launched in the second half of 2022. The India-spec Creta facelift is expected to carry forward most of the design and feature updates that were seen on the Indonesian model.