Now in its fourth generation, the Hyundai Tucson – for the first time ever – also gets a long-wheelbase version and a choice of petrol, diesel and hybrid powertrains. 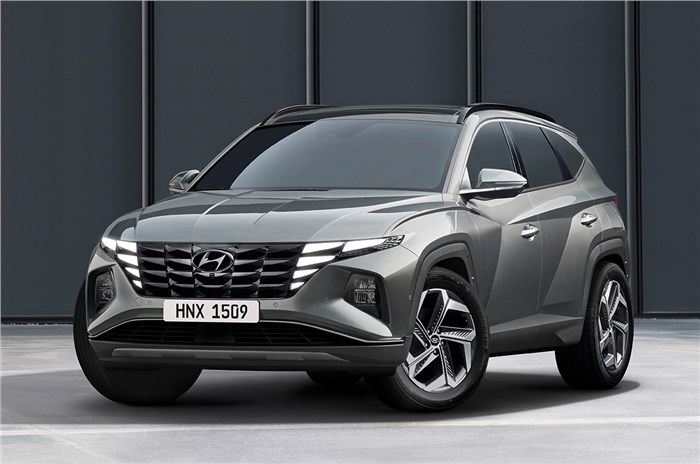 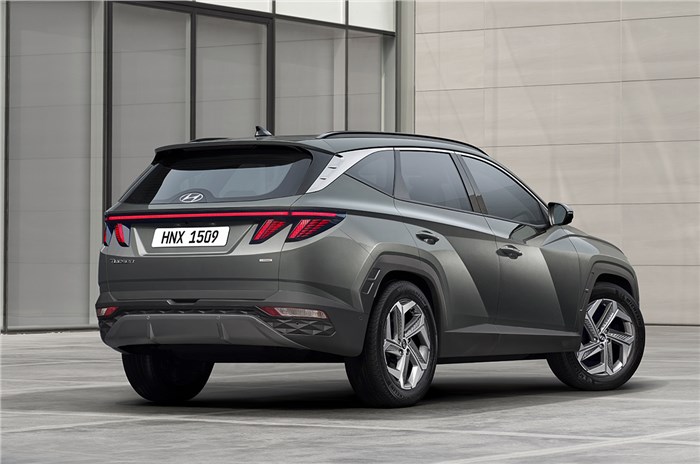 The 2021 Hyundai Tucson was previewed in a handful of stealthy shots a couple of weeks ago, and has made its world premiere today. Now in its fourth generation, the Hyundai Tucson has undergone what is possibly its most drastic evolution since the original came out in 2004, in terms of both design and technology. Let’s take a closer look at it.

What should I know about the 2021 Hyundai Tucson’s exterior?

It’s safe to say that on the outside, the 2021 Hyundai Tucson looks nothing like its predecessor. It follows Hyundai’s Sensuous Sportiness design language, but also features flourishes of what the company calls ‘parametric dynamics’, which adds jewel-like surfacing to the Tucson’s exterior. Lending an air of boldness to the new-gen Tucson’s face is a parametric grille that incorporates half-mirror type LED daytime running lights that are only visible when they’re switched on. When the Tucson isn’t running, the DRLs appear to be an extension of the grille surface, with the projector headlights mounted lower in the front bumper. 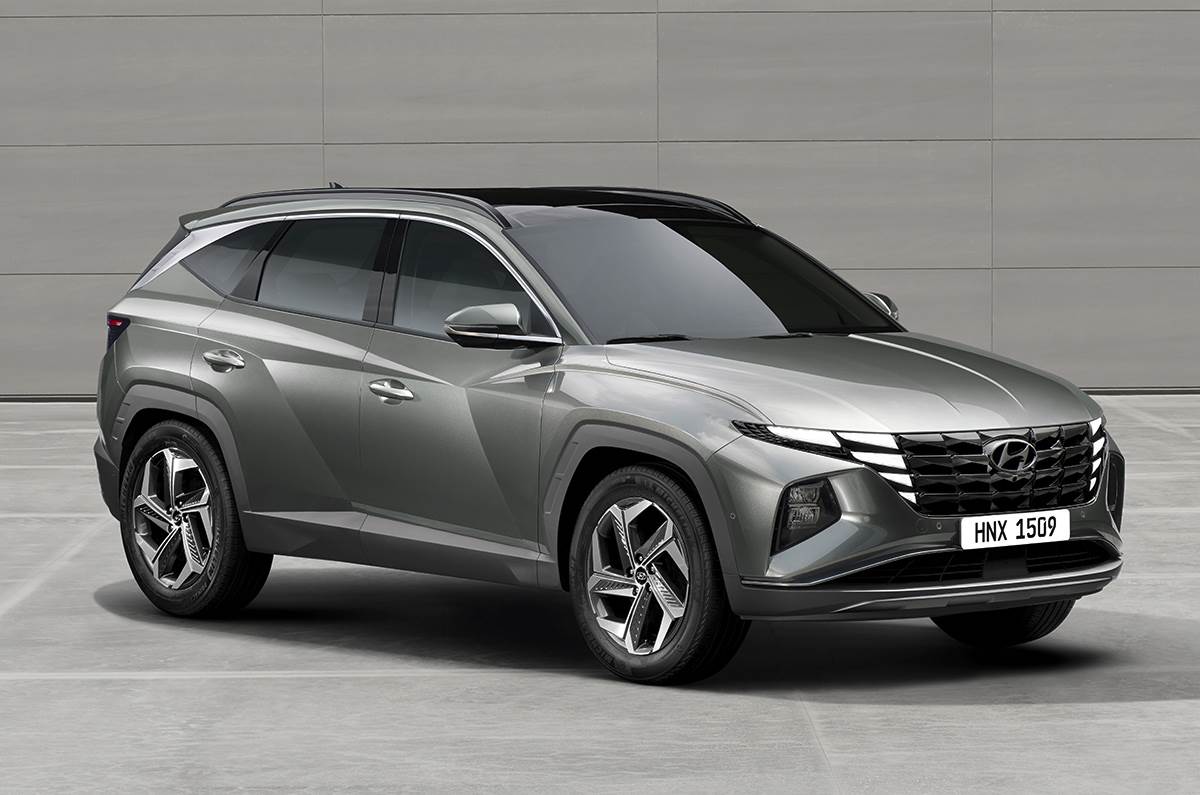 Along the sides, what stands out are the tight skinning and short overhangs, prominent character lines, flared wheel arches, a chrome strip that emerges from the base of the ORVMs and stretches all the way back to the C-pillar and the 19-inch wheels that will be available in international markets along with 17- and 18-inch options.

At the back, the T-shaped tail-lights – linked by an LED light bar that spans the width of the Tucson – also features half-hidden triangular shapes that are only visible when lit. The rear wiper is hidden neatly underneath the spoiler, the bumper sports a diamond-pattern finish, a faux diffuser and twin chrome exhaust tips. All in, the new Tucson has ditched the current-gen model’s rounded, bulky appearance for a design that’s decidedly more aggressive and in-your-face.

How different is the 2021 Hyundai Tucson in terms of dimensions? 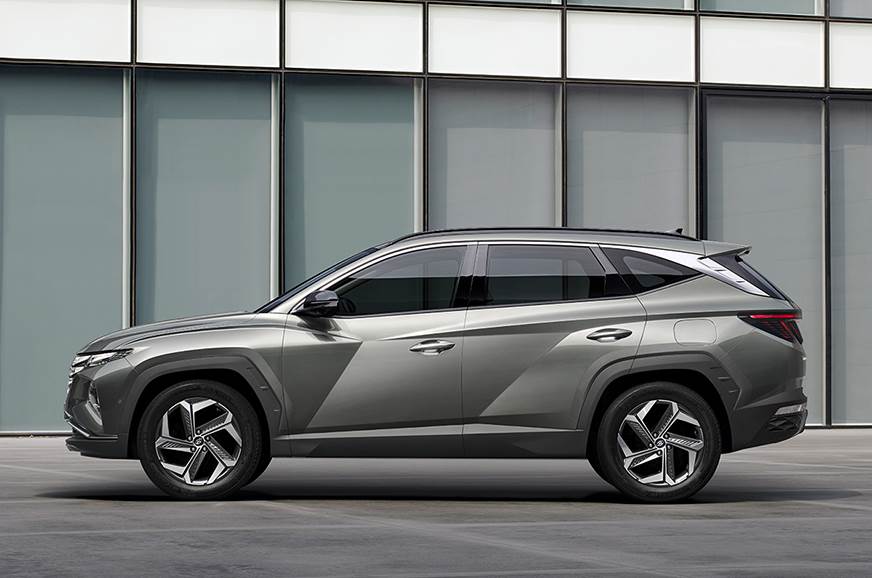 While the model for international markets has been revealed in 5-seat form, we’ve previously reported the new Tucson will come to India in 7-seat form only. The hugely popular second-generation Hyundai Creta will soon spawn a 7-seat model that will edge closer to current-gen Tucson territory. To make room for this new model, Hyundai has chosen to make the fourth-gen Tucson bigger and more upmarket, and will position it as a replacement for the Santa Fe, which won’t return to India.

What about the 2021 Hyundai Tucson’s interior?

On the inside, too, the 2021 Hyundai Tucson has almost nothing in common with the third-gen SUV. The new Tucson’s interior adopts a minimalist approach, and ditches most physical controls for touch panels. Standing out on the wraparound dashboard are a 10.25-inch digital driver display, a 10.25-inch touchscreen infotainment system and the functions for the automatic climate control system are accessed via a touch panel mounted below the screen. There are a few physical buttons on the centre console for seat ventilation and other functions, and there is no traditional gear lever – it has been replaced by buttons. 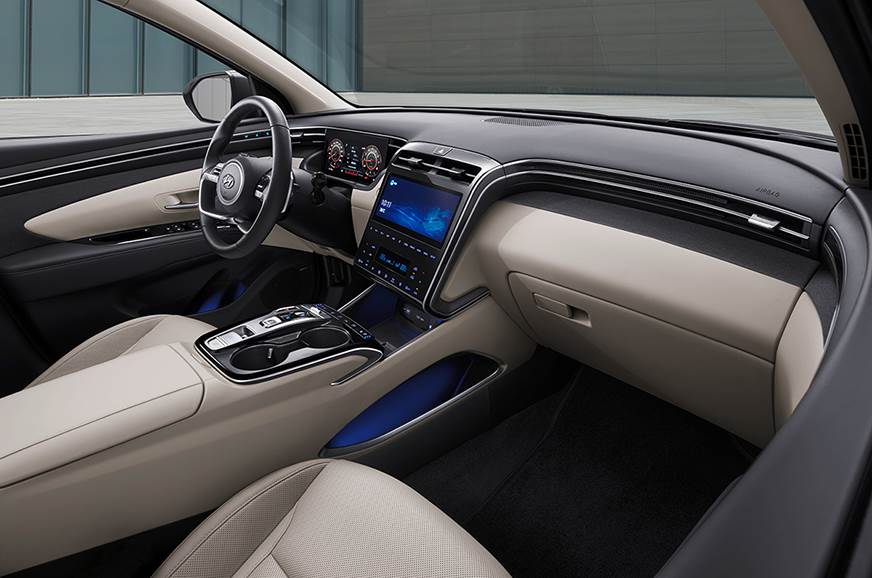 As before, the new Tucson continues to be a 5-seat SUV, and in terms of features, it packs wireless smartphone charging, a panoramic sunroof, air purifier, 64-colour ambient lighting, 360-degree cameras, memory function for the driver’s seat, powered controls for the rear seat passenger to adjust the front passenger’s seat, rear AC vents, a digital key (which lets owners unlock the car with their smartphone), BlueLink connected car features, voice recognition, a dash cam and a Bose sound system, to name a few.

What are the 2021 Hyundai Tucson’s powertrain options?

On the engines front, the 2021 Hyundai Tucson offers plenty in the way of choice. Depending on the market, Hyundai will offer a 1.6-litre, four-cylinder turbo-petrol (180hp, 265Nm), a 2.5-litre, four-cylinder petrol (190hp, 247Nm) and a 2.0-litre turbo-diesel (186hp, 417Nm). The hybrid model pairs the 1.6-litre T-GDI engine with an electric motor for a combined output of 230hp and 350Nm of torque. Hyundai, however, hasn’t revealed the battery capacity and the range for the Tucson plug-in hybrid.

The 1.6 T-GDI is mated to a 7-speed dual-clutch automatic, while the 2.5-litre petrol and 2.0-litre diesel are paired with an 8-speed automatic gearbox. Hyundai will also offer the Tucson with the HTRAC all-wheel-drive system (including Sand, Snow and Mud modes in addition to other drive modes).

When will the 2021 Hyundai Tucson come to India?

The first market to get the fourth-gen Hyundai Tucson will be South Korea, where the SUV will go on sale shortly. Other markets are expected to get the new Tucson early in 2021. That said, there is no word at present on when Hyundai plans to introduce the new Tucson in India, and it may be a fair amount of time away, considering the facelifted third-gen Tucson was only launched in our market a few months ago.

However, when it does arrive, expect the new Hyundai Tucson to be offered in both petrol and diesel forms, and to square off against the likes of the facelifted Jeep Compass, Tata Harrier and the Volkswagen Tiguan, which is set to return to India in facelift form.

What are your thoughts on the 2021 Hyundai Tucson? Let us know in the comments.