After an uneventful start to its time with us, the Venue has seen a lot of action of late. 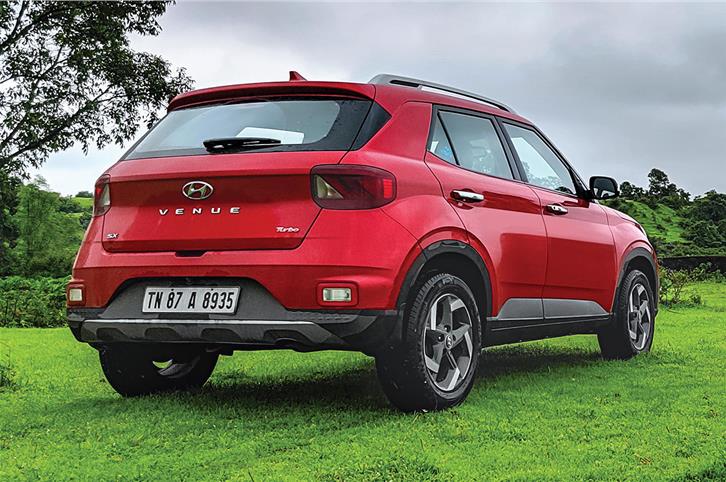 It’s ironic, but I’ve actually clocked more kilometres on our long-term Venue in these work-from-home times than I ordinarily would have. And that’s despite the Venue having been parked for much of the three months since the last report. The 3,700km added in the time have largely come from the Venue’s deployment as a support car on shoots. Social-distancing norms dictate we limit the number of crew members in a car so where one support car (our trusty Lodgy) would suffice in the past, now we need up to three, depending on the scale of the shoot. This has translated into more outings for the Venue (and me) than usual.

Our shoot locations are usually far out of town, so the bulk of my driving has been on the highway. This is reflected in the fuel-economy numbers. Our Venue 1.0 Turbo manual has been averaging around 16kpl, with the MID reading upwards of 18kpl for instant economy when cruising at 80-100kph on the Mumbai-Pune expressway. Welcome economic ramifications aside, the good fuel-economy has also equalled fewer visits to petrol pumps. Amidst this pandemic, anything that minimises physical contact deserves to be highlighted. 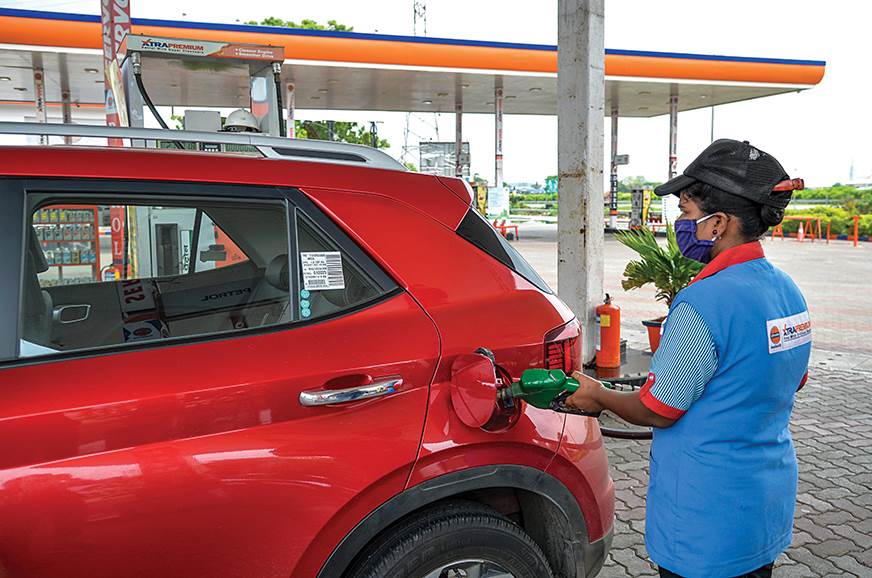 Long Ranger: Good fuel economy equals fewer stops to tank-up. A big plus in these times.

Over these frequent highway jaunts, I’ve learned that the Venue Turbo with the manual gearbox is a reasonable mile muncher. It gets up to speed quickly and this top-spec SX(O) version also brings in the luxury of cruise control. It’s just that I find myself reaching out for the gear lever to downshift every time I need more from the engine. The 1.0 turbo-petrol is not as effortless as the torquier 1.5 diesel at highways speeds, in case you are considering a Venue as a long-distance car. 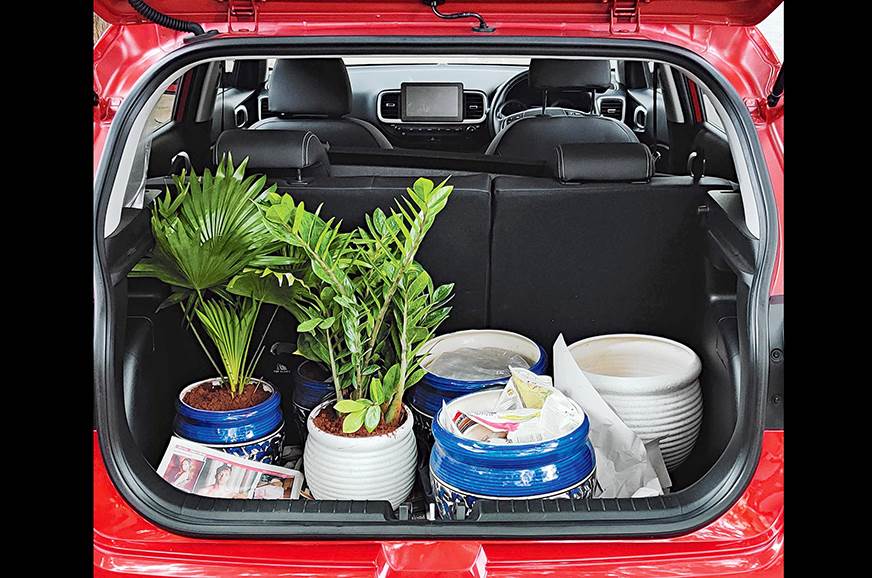 Boot Camp: The 350-litre boot is roomier than it looks and can hold a surprising amount of cargo.

Since it’s just two people in a car these days, the Venue’s relatively limited rear-seat space hasn’t been much of an issue for cameraperson Anand, who usually sits on the rear-left passenger seat. He has mentioned finding the ride a bit firm at the back, though. What has impressed all and sundry is the Venue’s boot space. The 350-litre boot comfortably holds all the video paraphernalia and I’ve also made the most of it to transport potted plants. 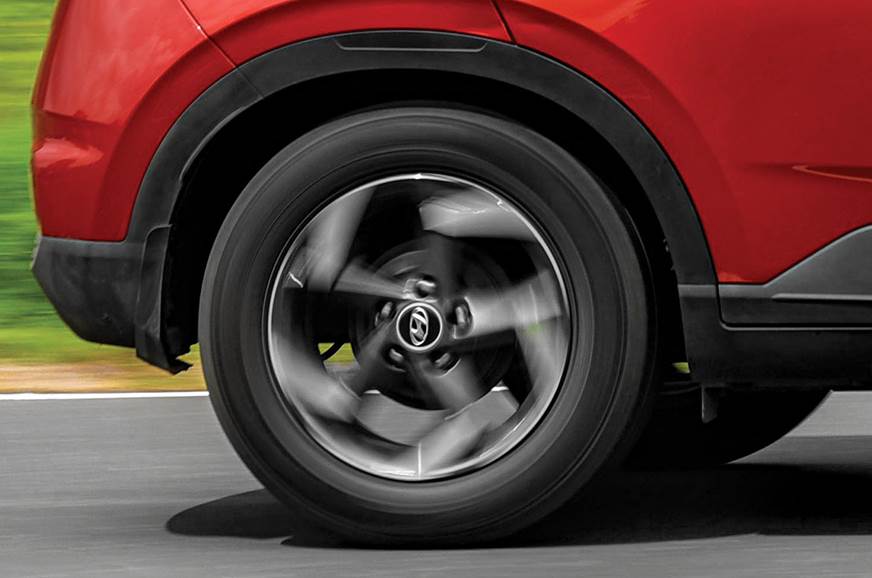 Stand Firm: The suspension is set up on the firmer side. This is felt most by those seated at the back.

With Mumbai ‘unlocking’, traffic is returning to pre-COVID-19 levels and that has made the last part of our return journeys a slog. The Hyundai’s light steering and slick gearbox ease life in heavy traffic; but I have to admit that the concept of a clutchless manual, as debuted on the Venue iMT, does sound really promising. Gavin came away impressed by the system and it’s something I’m itching to try. 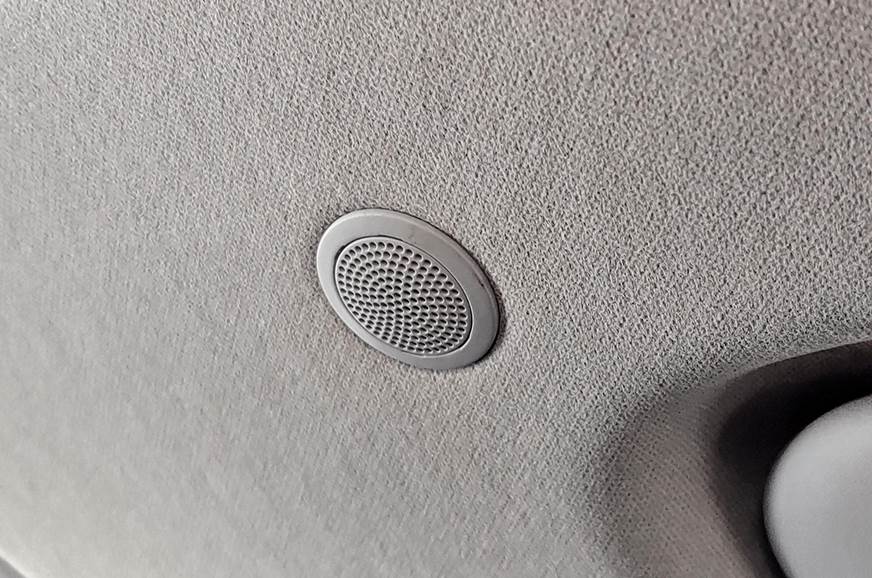 A bugbear on our Venue remains its temperamental infotainment system mic. It’s been repaired once already but has gone kaput again. At a time when most work happens on the phone, a non-functional car mic is immensely frustrating. I sincerely hope Hyundai’s technicians can find a long-term fix at the Venue’s next service that’s due soon. Till then, it’s straight to voice mail.