The popular Hyundai Creta gets styling tweaks and cosmetic updates; to be introduced in Russia first. 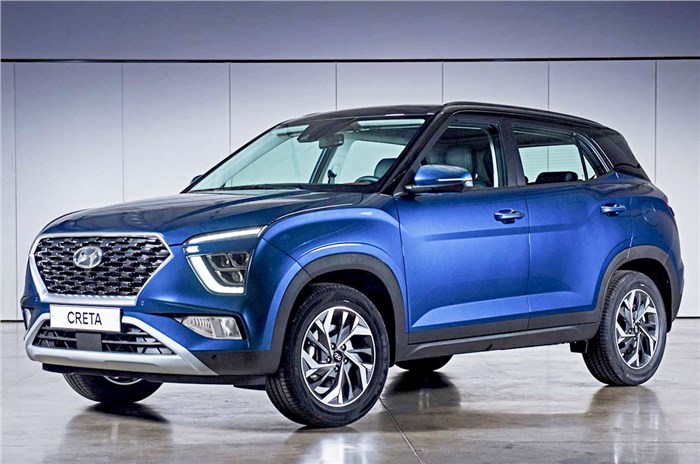 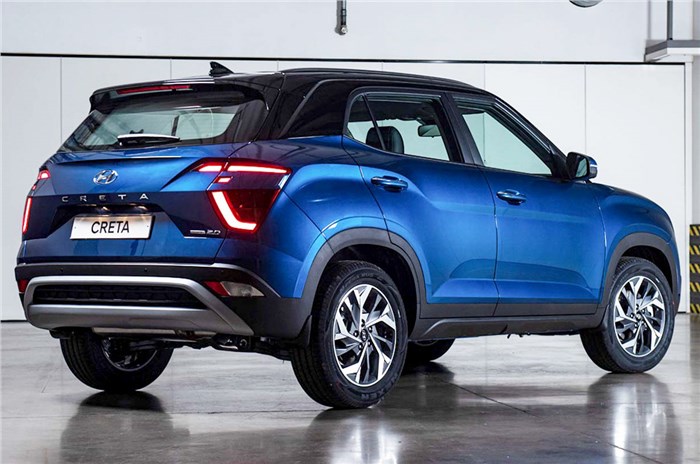 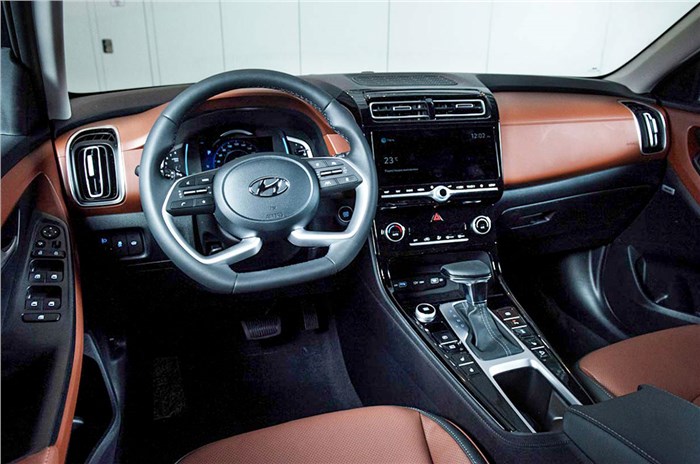 Hyundai has taken the wraps off a slightly updated Creta SUV for the overseas market. The refreshed Creta is expected to go on sale in left-hand drive markets like Russia and China followed by other regions.

The new Creta, introduced in Russia replaces the previous-gen Creta that was discontinued in India in 2020. Not to be confused with the major facelift of the Creta that is being tested in Korea, the refreshed Creta that will be introduced in Russia gets unique styling for its grille and bumper design where the cascading grille has a slightly altered shape and the grille-inserts get a new design that look similar to the Alcazar. The updated Creta's chin is now more prominent with a tad larger air intake inlet that gets contrast faux brushed aluminium finish. On the side, the SUV looks more or less similar to the pre-facelift version save for the new design of alloy wheels depending on its variant. At the back, the plastic panel that connects the two taillamps has been redesigned and now gets two vertical creases, one on each side. The connected taillamp design that is seen on the current Creta has been given a miss due to the upper extensions of the taillamps now being much shorter. The rear bumper also gets a much simpler design with contrast faux aluminium inserts at the centre.

The updated Creta that will go on sale in Russia will come with either a 1.6-litre or a 2.0-litre petrol engine option mated to either a manual or an automatic transmission. Also, some variants will get all-wheel drive as standard, depending on market needs.

Hyundai Creta facelift: What to expect?

While the Creta we see in picture is merely a mild cosmetic update, the brand is already testing a majorly refreshed version of the SUV that will see light of day in the future. Spy pictures reveal the updated Creta will get the new Tucson's bold grille design and could also get the half-mirror type LED daytime running lights that are only visible when they’re switched on and when switched off, they appear to be an extension of the grille surface. Additionally, there will be more styling tweaks on this version.

The current-gen Creta was first seen in China as the ix25 in 2019 and the model made its India debut as the new Creta at the Auto Expo 2020 which means the Creta is still quite new to the Indian market. A lot of emerging markets like Brazil and Argentina are yet to get the current-gen of the Creta that went on sale in India last year. We expect the heavily updated Creta to first debut in China sometime next year and then subsequently head to other markets like ours in future. As far as India goes, the three-row Hyundai is the brand's latest offering in India. Additionally, a micro-SUV that is internally known as Hyundai AX1 could come to India sometime early next year.