The Maruti Brezza-rivalling Venue facelift sees a step up on the equipment front, with digital instrument cluster, drives modes and six airbags. 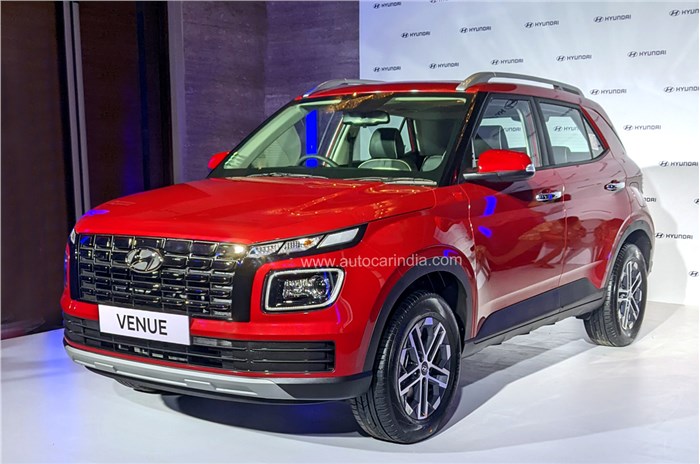 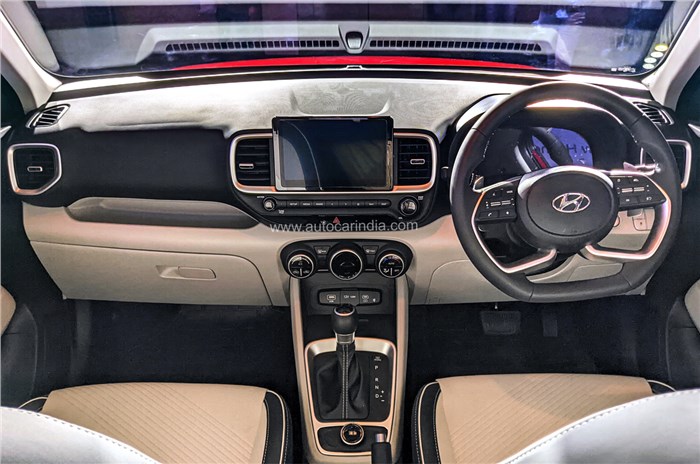 Hyundai has revealed the pricing for the Venue facelift in India, with introductory prices starting from Rs 7.53 lakh, going up to Rs 12.57 lakh for the top-end turbo-petrol DCT variant (all prices ex-showroom, India). Bookings are underway for a token amount of Rs 21,000, and the brand says the waiting period for some variants has already surged to 16 weeks.

Here's a look at the detailed price list of the 2022 Hyundai Venue facelift. Do note that dual-tone colour options will cost an additional Rs 15,000.

Mechanically, the new Venue remains the same as its predecessor – the SUV continues to be powered by the same 83hp, 1.2-litre petrol, 120hp, 1.0-litre turbo petrol, and a 100hp, 1.5-litre diesel. Direct rival Kia Sonet has the same engine options, but powertrain combinations differ as the Venue still does not get a diesel-automatic option.

The base E and S variants are equipped with the 1.2-litre petrol powertrain mated to a 5-speed manual transmission, whereas mid-spec S+/S(O) trims will get all the engine options. The facelifted Venue’s SX gets only manual gearbox options mated to either a 1.2-litre petrol or a 1.5-litre diesel.

Meanwhile, the top-spec Venue SX(O) variant gets the 1.0 turbo-petrol engine with both iMT and 7-speed DCT gearboxes. It also gets the 1.5 diesel engine mated to a 6-speed manual transmission. Higher variants of the refreshed Venue now get drive modes, Eco, Normal and Sport, and can be accessed with a new rotary dial on the centre console – a feature that was already present on sibling Kia Sonet.

The refreshed Venue gets major styling changes up front and at the back. The styling of the nose mimics the full-size Hyundai Palisade SUV, while some styling cues on the front will also be seen on the upcoming Tucson SUV, and the Creta facelift that’s sold overseas.

The all-new front grille gets a dark chrome finish, and while the shape of the main headlamp cluster remains the same, it now gets LED projector headlamps on higher trims. The internals of LED DRLs have been revised and are now merged with the grille in a single housing. The front bumper has also been tweaked with a wider central air intake and black contrasting trim.

While there are no major changes in profile, it gets a new design for the 16-inch, dual-tone alloy wheels. At the back, the reshaped tail-lamps get new LED lighting elements and are now connected to each other via a horizontally placed light bar. The rear bumper also sees styling tweaks with a new black contrasting trim with reflectors. This clever styling tweak at the back gives the updated Venue a fresher look.

The Venue facelift also gets major tweaks on the inside. There's a new dual-tone black and beige interior colour scheme. A few notable feature updates on the Venue facelift include a reclining rear seat, an air purifier, dual USB C-slots positioned below the rear AC vents for the rear passengers, wireless phone charger, paddle shifters and four-way electrically adjustable driver’s seat, among others.

Coming to its tech updates, the new Venue’s fully digital instrument cluster with customizable themes looks similar to the Kia Carens. It also gets a heavily updated 8-inch touchscreen system with in-built navigation and a completely overhauled software that supports as many as 60 connected car features and over-the-air updates. Alexa and Google Voice Assistant are standard with the infotainment system.

On the safety front, the Venue facelift gets six airbags, ESC, VSM and hill-assist control, among others.

The Venue facelift’s arch rival for now will be the new-gen Maruti Suzuki Brezza that will go on sale on June 30. It will also see competition from its sibling, the Kia Sonet, as well as the Tata Nexon, Renault Kiger, Mahindra XUV300, Toyota Urban Cruiser and the Nissan Magnite. 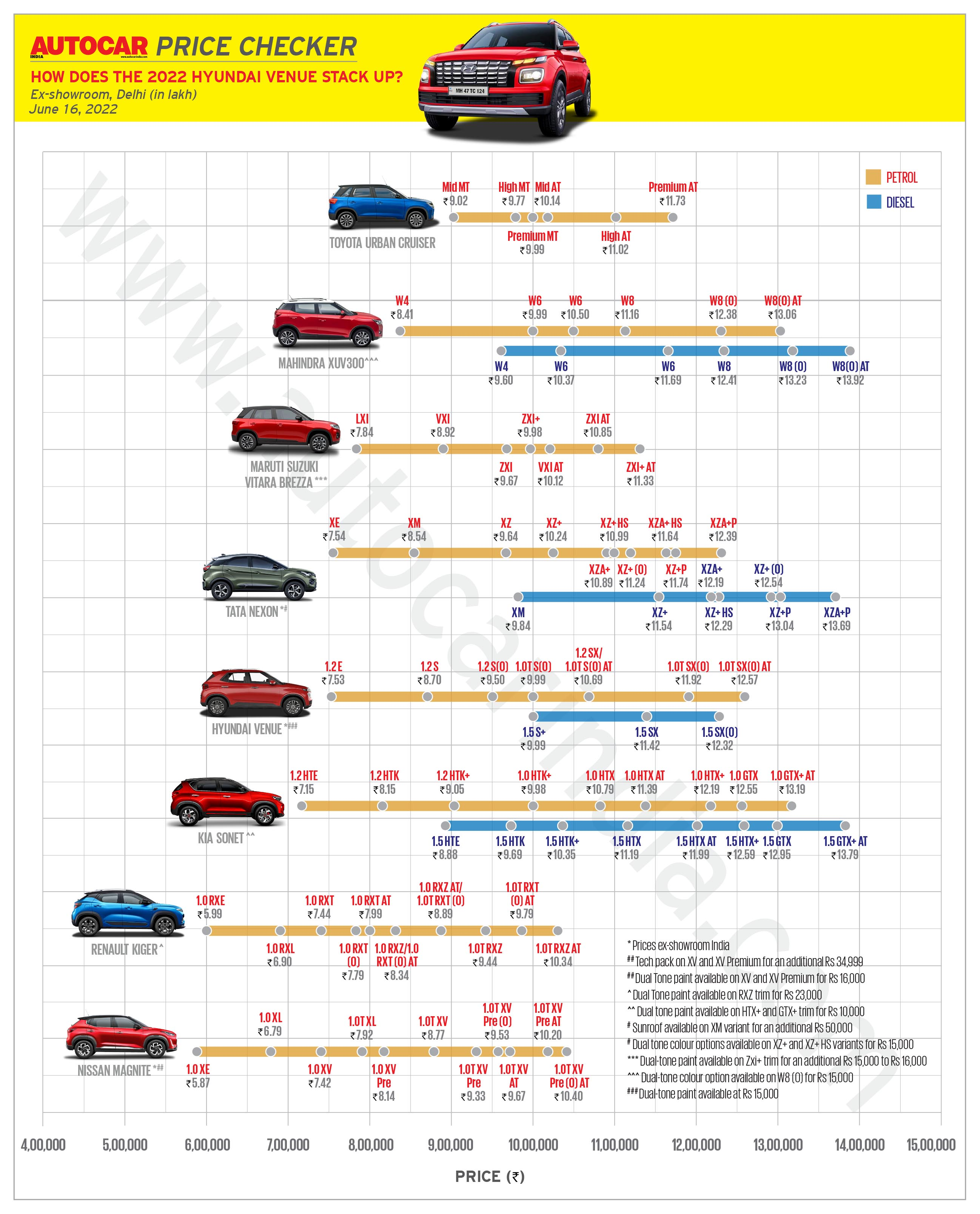