Hyundai has confirmed it will launch the new generation Tucson in India in the second half of 2022, something we had reported back in January. The Tucson will serve as the brand’s flagship combustion-engine offering in India, and as such, will feature the best features and tech the brand has to offer.

Hyundai hasn’t revealed much about the India-spec Tucson other than this, but there are a few things we can glean from the official images the brand has released of the India spec car. For one, it appears we will be getting the long-wheelbase (2,756mm) version of the SUV, which, though a five seater, promises more space in the back seat and boot than the short wheelbase version offered in Europe.

We can also tell that Hyundai has opted against the stylish 19-inch alloy wheels the car gets overseas, choosing a more sensible 18-inch option instead. This, with their taller tyre sidewalls, should offer a better ride quality on Indian roads.

What Hyundai has brought across intact is the brand’s new ‘Sensual Sportiness’ design language, full of sharp creases and angles, that will set it apart from just about anything else on the market, making it instantly recognisable. A big part of the design is the huge grille that spans the width of the nose and integrates the triangular LED Daytime Running Lamp elements within its shape. The headlamps sit in separate pods lower in the bumper.

We also know that this design language is soon set to transition to Hyundai’s smaller SUVs – the Creta and Venue, as both are set to receive a facelift in the coming months too.

Hyundai Tucson to be ‘flagship SUV’ for India

Hyundai has called this new Tucson its flagship SUV, and that has been the case with the outgoing car too, thus far. This time, however, that comes with an asterisk, as we know Hyundai will be launching its all-electric flagship EV crossover, the Ioniq 5, later this year. Still, it will be the largest and most powerful combustion-engined SUV, which rules out the likes of the Santa Fe and Palisade – in case anyone had their fingers crossed for those larger SUVs.

As such, it will sit above the Hyundai Alcazar in the brand’s India line-up, and it’s likely to share its 2.0 MPI naturally aspirated petrol engine with the seven-seater. For the diesel engine, however, expect Hyundai to draft in a version of the outgoing Tucson’s 2.0 CRDi motor; the 1.5 from the Alcazar would simply be too small. Additionally, as with the old Tucson, Hyundai will likely offer AWD on the top-spec version.

2022 Hyundai Tucson could get ADAS tech

The flagship tag also brings with it the best features Hyundai has to offer, which will likely include ‘Bluelink’ connected tech, a digital instrument cluster, a panoramic sunroof and a 10.25-inch touchscreen, amongst a whole lot else. New, however, could be the addition of sensor-based ADAS tech.

Given its features, engines, size and an estimated price between Rs 25 lakh-30 lakh (ex showroom), the new Hyundai Tucson has its work cut out for it with rivals like the MG Hector, Tata Harrier and Mahindra XUV700 at the lower end, and the likes of the Jeep Compass, Citroen C5 and VW Tiguan at the upper end. Its sharp styling, however, is what will likely give it a sharper edge this time around.

Do you think the new Hyundai Tucson has what it takes to capture the premium SUV market in India? Let us know in the comments section below. 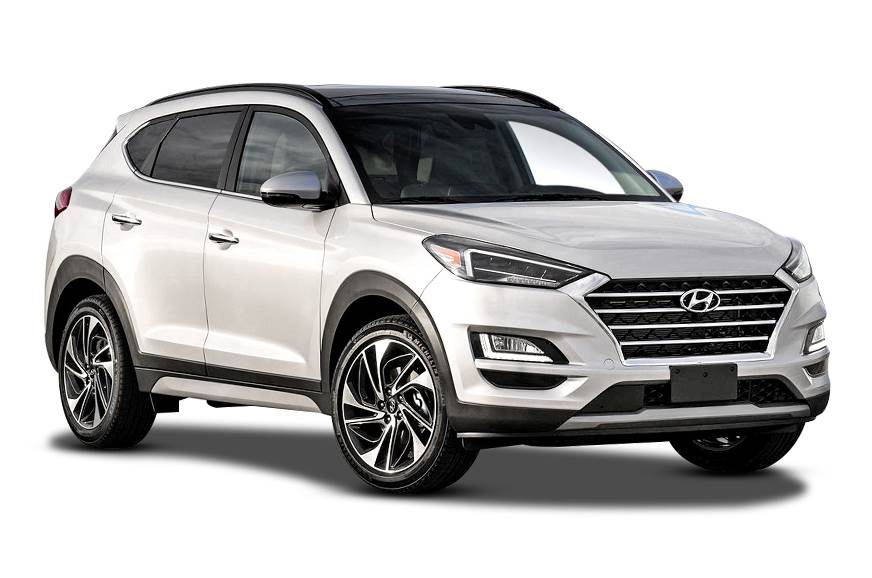 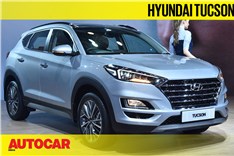 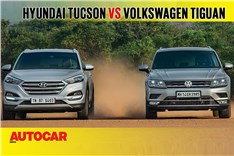 YES, DEFINITELY HYUNDAI TUCSON CAN OUTSELL ANY OTHER SUV IF PRICED AND SENSIBLY AND ADVERTISED PROMINENTLY. INTERSETINGLY, DEALERS SHOWED NIL OR NEGATIVE RESPONSE WHILE ENQUIRING ABOUT EVEN PRESENT TUCSON .

YES, DEFINITELY HYUNDAI TUCSON CAN OUTSELL ANY OTHER SUV IF PRICED AND SENSIBLY AND ADVERTISED PROMINENTLY. INTERSETINGLY, DEALERS SHOWED NIL OR NEGATIVE RESPONSE WHILE ENQUIRING ABOUT EVEN PRESENT TUCSON .