Want to go electric but can’t find a car? Fear not, here’s a list of electrified cars coming to the Indian market soon. 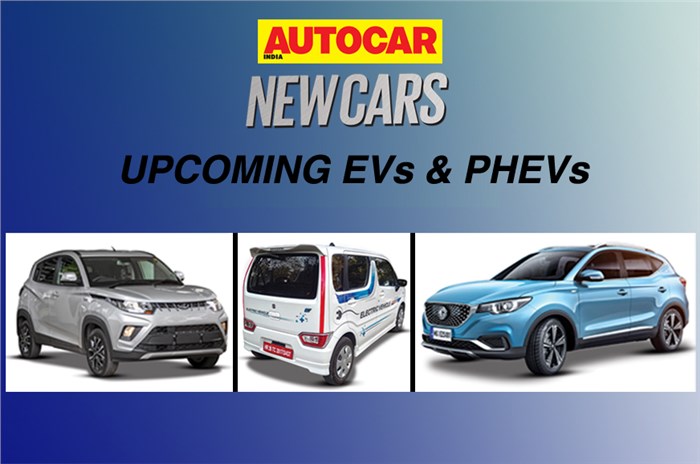 Since the Tigor EV is only available to institutional buyers (priced at Rs 9.99 lakh), and the Mahindra e2O Plus has been axed by the current safety norms, the Mahindra eVerito was, until recently, the only all-electric car that customers could actually buy. But that’s set to change quite quickly: Hyundai has just brought out its first EV for India (the Kona Electric, which is priced at Rs 25.30 lakh, ex-showroom, India); and more than a dozen all-electric cars – and a few plug-in hybrids, too – are set to launch soon. Here’s a quick look at the ones we know should be here in a few months' time. 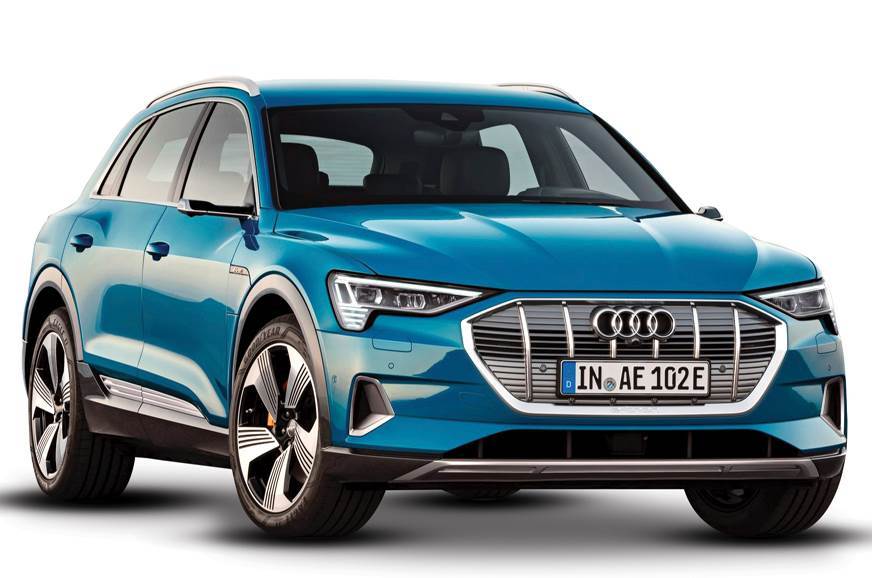 We’ve already driven it and come away impressed. The Audi e-tron’s two motors deliver all-wheel-drive capability and a combined output of 408hp. A 95kWh battery promises a range of 400km, as per the Worldwide Harmonized Light Vehicle Test Procedure (WLTP) cycle. It will be priced at around Rs 1.5 crore.
Also see: Audi e-tron review, test drive 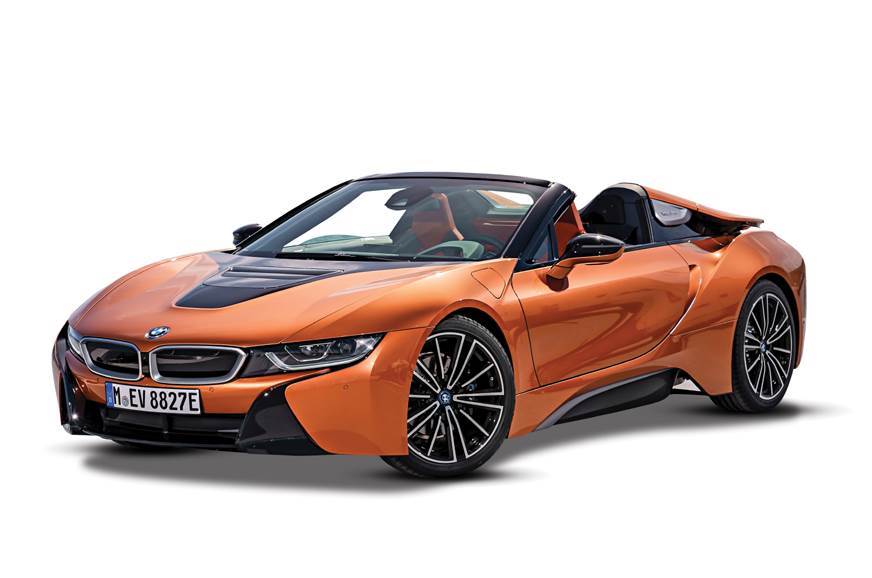 The open-top version of the BMW i8 should launch towards the end of this year at a price of Rs 2.8 crore. For that money, you’ll get a plug-in hybrid with an all-electric range of 50km; and, of course, top-down sportscar fun. The i8 has a 143hp/250Nm electric motor along with a 231hp/320Nm, 1.5-litre petrol engine.
Also see: 2018 BMW i8 Roadster review, test drive 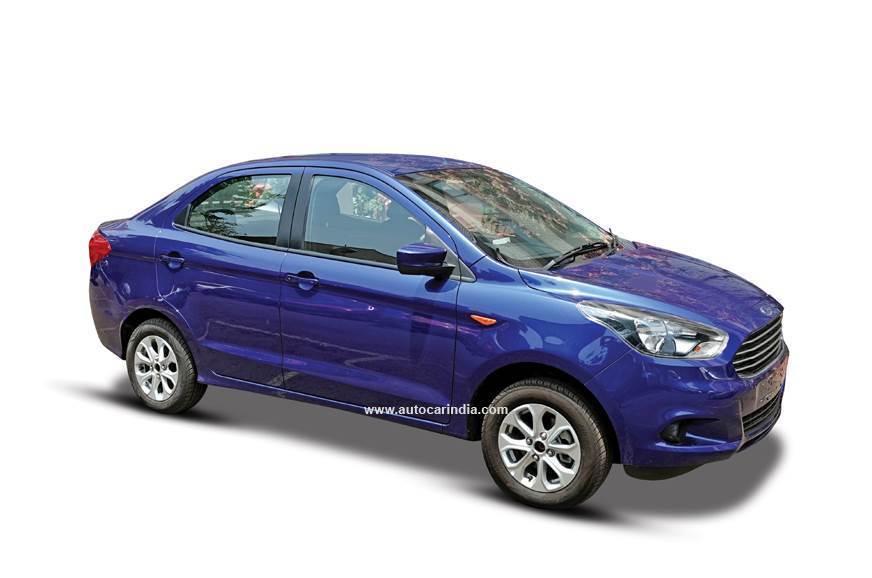 The Aspire is going electric, thanks to Mahindra. It will run an 82hp motor with a 25kWh battery, giving it a real-world range of 150km. Mahindra and Ford will sell their own versions, but there will be very few changes between the two models. Interestingly, the electric Aspire will be based on the export model, which features a larger boot.
Also see:
Ford Aspire EV: A close look 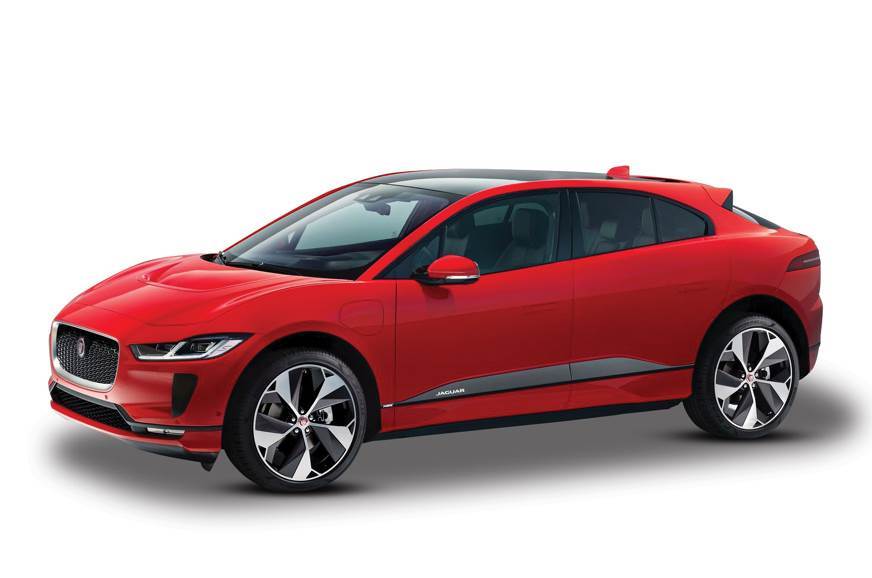 Space, pace and grace – the I-Pace has it all. That’s what we said of the Jaguar I-Pace when we drove it, last June. Since then, it has swept the awards for World Car, World Car Design and World Green Car 2019. It will arrive next year with a 90kWh battery with a 480km range (WLTP), powered by two motors producing a combined 400hp and 696Nm of torque.
Also see: Living with a Jaguar I-Pace 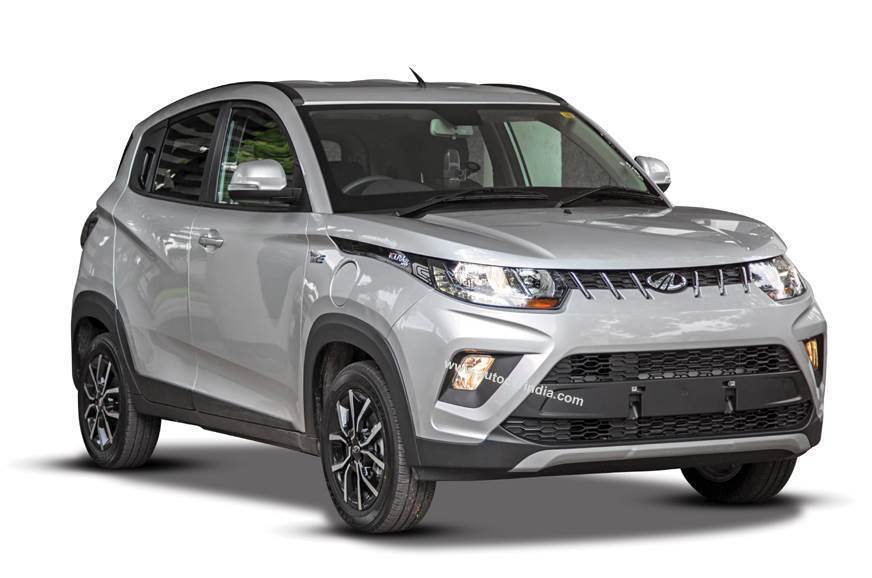 With the e2o gone, an electric version of the KUV100 will replace it as Mahindra’s EV hatchback, come early 2020. With a 40kW motor, 15.9kWh battery and 120km range, the numbers won’t blow your mind; but it promises to serve as a practical and robust family EV.
Also see: Mahindra eKUV100 prototype review, test drive 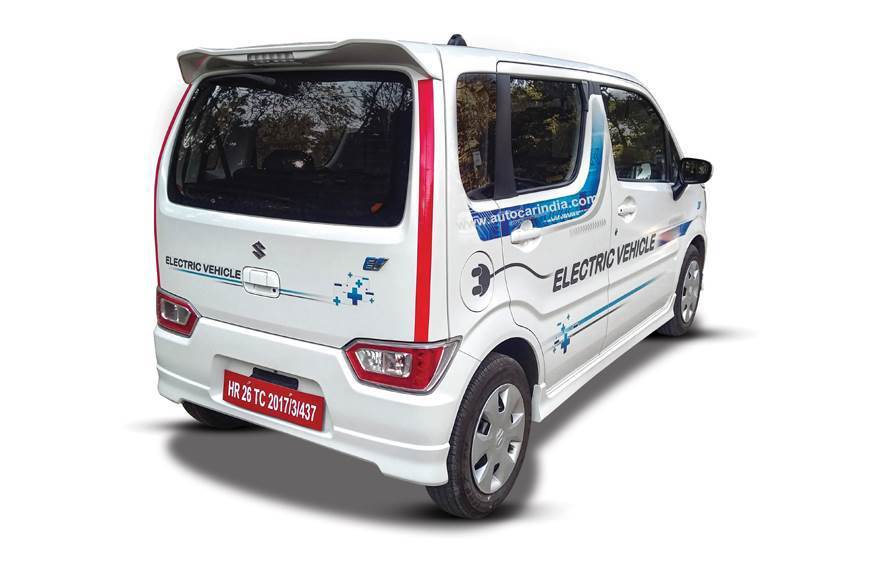 True to Maruti form, the Wagon R EV will come priced quite aggressively upon launch, next year. This is, of course, with subsidies; given that it will be made in India. It should deliver a range of 200km. Maruti is already testing a fleet of electric Wagon Rs here, although the cars haven’t been branded as such.
Also see: Maruti Suzuki Wagon R EV likely to have 130km real-world range 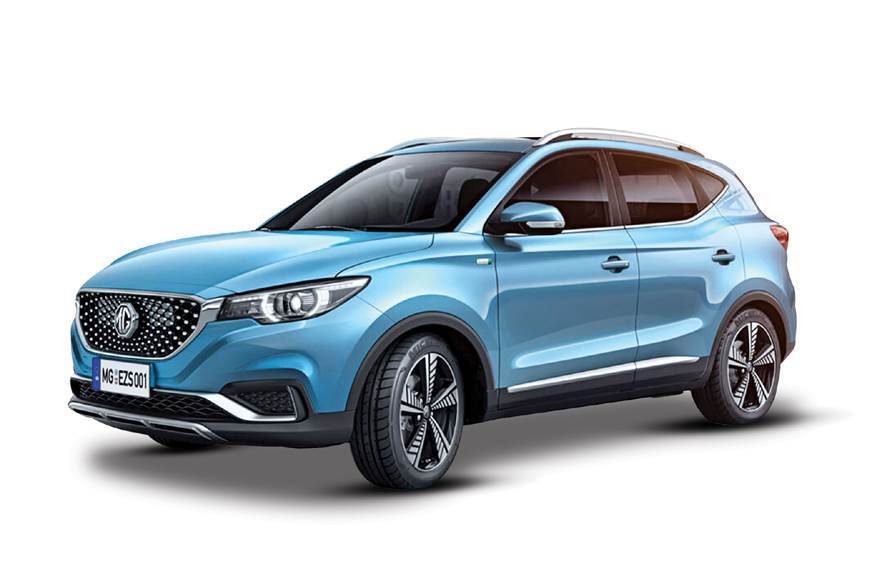 Hot on the heels of the MG Hector is the all-electric eZS SUV. The electric MG will have a 148hp motor driving the front wheels and will be equipped with a 45kWh battery. At launch (which is expected in December 2019), the e-SUV will be priced at around the Rs 25 lakh mark, thanks to a significant degree of localisation. Trial production for the eZS has already begun and based on our exclusive test drive of a prototype model, we expect a lot from this model. 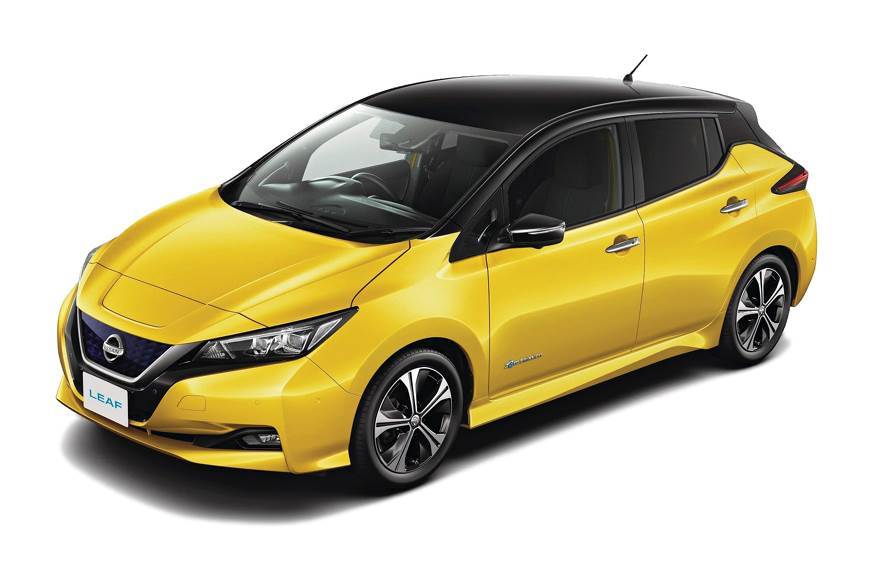 The world’s bestselling electric car will soon be here. The Nissan Leaf will enter the Indian market with the smaller of the two capacities on offer – a 40kWh battery with a range of 241km on the Environmental Protection Agency (EPA) test cycle. Power and torque figures stand at 150hp and 320Nm, respectively. Expected price tag for it is around Rs 40 lakh. 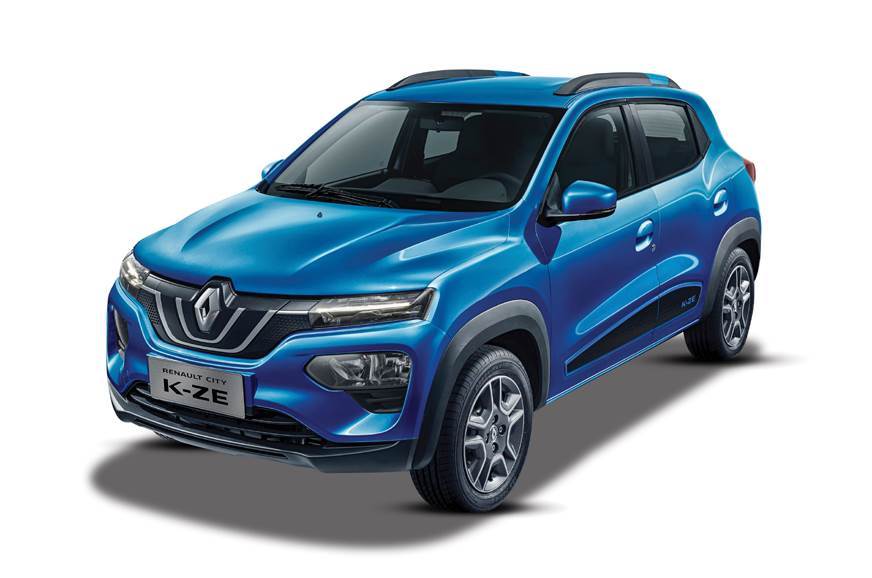 The K-ZE will go on sale in China later this year and will also make its way to India, although there’s no official word about this, so far. The K-ZE sits below the Zoe and is based on the CMF –a platform seen on the Kwid. The promised range of the K-ZE is 250km on the New European Driving Cycle (NEDC).
Also see: New Renault Kwid K-ZE EV revealed 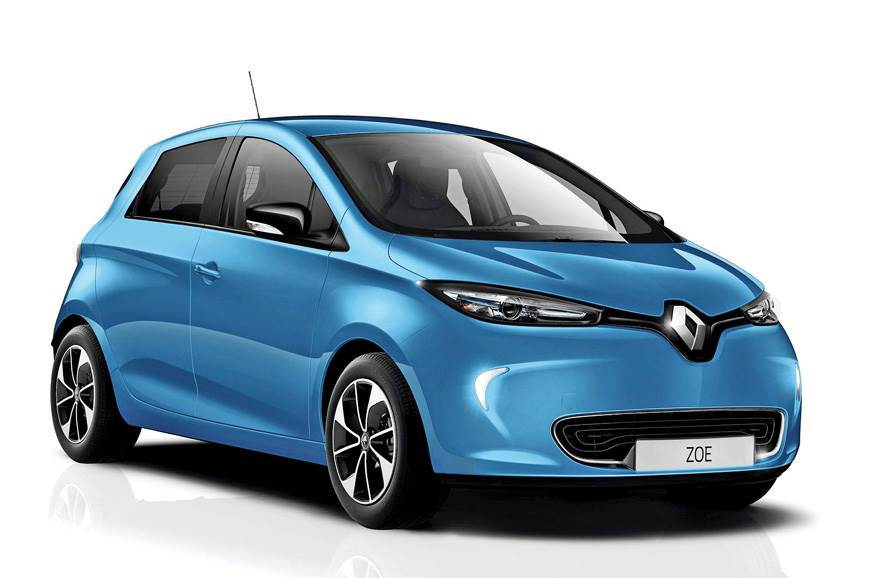 Conceived as an all-electric car from the start, the Zoe launched in 2012 and has had a few updates, so far. Today, it promises a range of 400km (NEDC). Renault India has already begun testing the car here, and it will be brought into the country as an import.
Also see: 2018 Renault Zoe e-Sport review, test drive 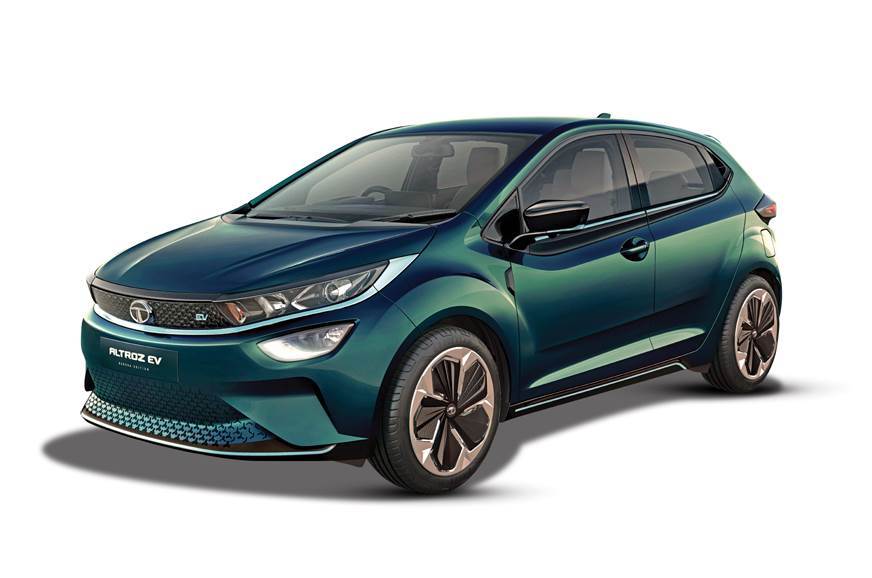 Tata displayed this EV concept at the Geneva motor show this year and is at work on its development. The all-electric version of the Tata Altroz is likely to take a while to hit showrooms. While Tata did not reveal all the technical details, it did state that the EV will have a 250-300km expected range and fast-charge capability with 80 percent charge in 1hr.
Also see: Tata Altroz EV unlikely to be priced under Rs 10 lakh 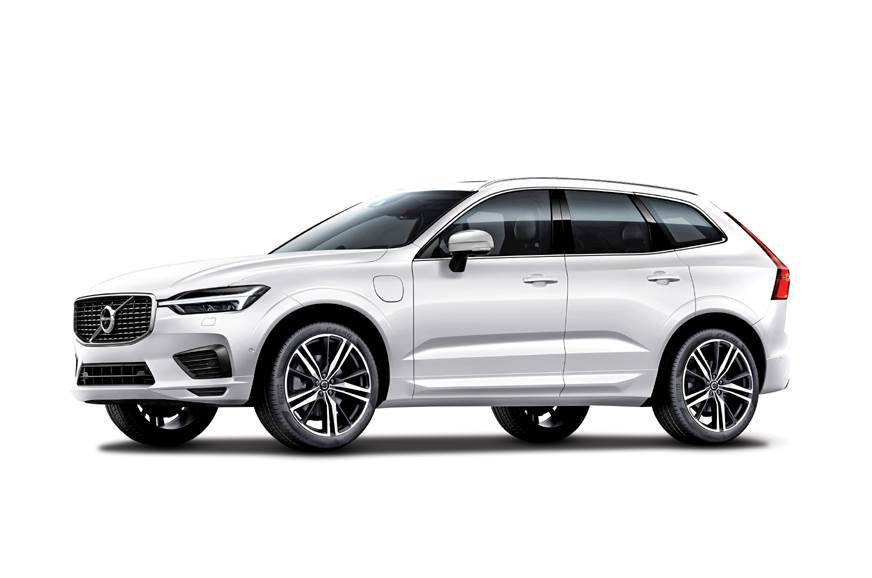 Having already brought in its XC90 plug-in hybrid, Volvo will follow up with the plug-in version of the XC60. Just like its elder sibling, the smaller XC60 will offer a similar all-electric range of up to 40km. Volvo will also follow this up with two more plug-in hybrids – the S90 sedan and the XC40 SUV – and all three will launch next year.
Also see: 2018 Volvo XC60 review, road test