Apart from retailing in India, the all-electric eZS will also go on sale in the UK, Germany, Australia, Thailand and the Middle East around the same time. 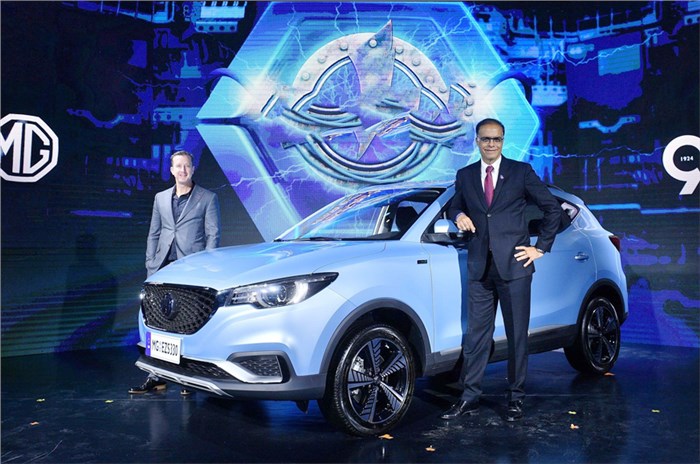 MG Motor has announced that it will launch its second product for India, the all-electric MG eZS SUV, in the country by December 2019. We had broken the news late last year that the eZS would be the brand’s second launch in the India market, following the MG Hector. MG had originally revealed the SUV for the Chinese market at last year’s Guangzhou Motor Show 2018.

Speaking on the occasion Rajeev Chaba, President & MD, MG Motor India said, “With a modern design and advanced technology, the MG eZS will herald a new chapter in environment-friendly solutions in India. While the petrol version of the MG ZS has already become a popular choice globally, we are confident that its zero-emissions electric equivalent will bring accessible electric motoring to customers in India upon its launch by the end of this year.”

He also added that the company hopes that by the time of the eZS’ India launch, the government will have announced incentives and subsidies for EVs for private use under the FAME II scheme.

While the company did not reveal any specifications for the SUV, MG said that the eZS would also come with the brand’s iSmart Next-Gen technology (essentially MG’s connectivity suite) that is set to debut in India with the MG Hector. For reference on potential performance and range, the eZS revealed in China was powered by a 150hp electric motor and offered a claimed range of 335km (NEDC cycle) on a single charge.

In a previous report, MG Motor India's chief commercial officer, Gaurav Gupta had revealed that the eZS would be launched in a phased manner and come with a range of over 250km on a single charge.

Currently, MG is preparing to launch its first model for India, the Hector SUV, which is set to arrive in showrooms in June this year. The brand is already at work developing a sales and aftersales network with 50 outlets being targeted by the time of the Hector’s launch.