Automaker says that its all-electric SUV and second model after the Hector, will launch in Q4 2019. 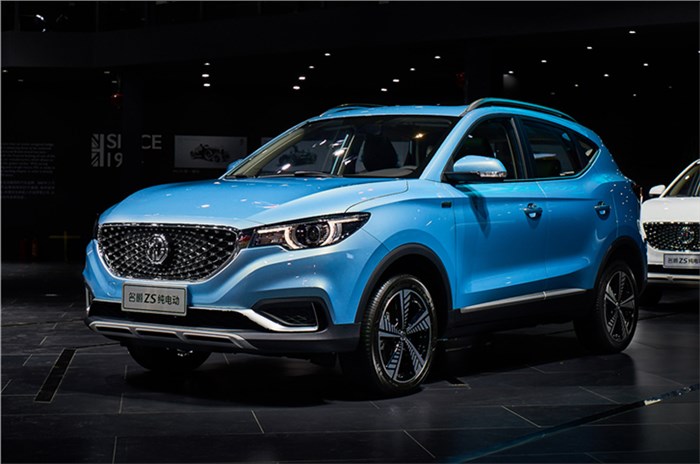 In a previous report by us back in October 2018 we had revealed that MG would bring its electric SUV, the eZS, to India as its second launch in the market after the Hector. At the time we had said that it would launch sometime in late 2019.

Now as per a PTI report, MG Motor has confirmed that its second model for India, an all-electric SUV, will be launched in India in Q4 2019.

As per the report, MG Motor India's chief commercial officer, Gaurav Gupta, also said that the launch would be in a phased manner so that only select cities will get the brand’s upcoming electric SUV in the beginning – although he did not mention which cities. He also revealed that said electric SUV would have an over-250km range on a single charge. No other details about the upcoming electric SUV were revealed by the carmaker.

MG revealed the eZS late last year as powered by a 150hp electric powertrain and a claimed range of 335km (NEDC cycle) on a single charge.

The carmaker is likely to bring the eZS to India via the CKD route, so as to keep costs in check; and could even assemble the battery for the EV in India with the brand’s parent company SAIC having joined hands with Contemporary Amperex Technology Co. Limited (CATL), one of the world’s largest makers of lithium-ion batteries, who will help them assemble the battery modules in our market.

MG is presently readying it first model for India. The Hector SUV will be ready for a market launch in the coming months. The SUV will be offered with the choice of a 143hp, 1.5-litre turbo-petrol and a FCA-sourced, 2.0-litre, diesel engine with a power output which is expected to be at par with the Jeep Compass. The petrol unit will be offered with either a 6-speed manual or dual-clutch automatic gearbox, though the carmaker is yet to reveal details of the Hector's diesel powertrain.