The SUV from MG Motors will come with a 1.5-litre turbo-petrol engine making 143hp and 250Nm of torque. 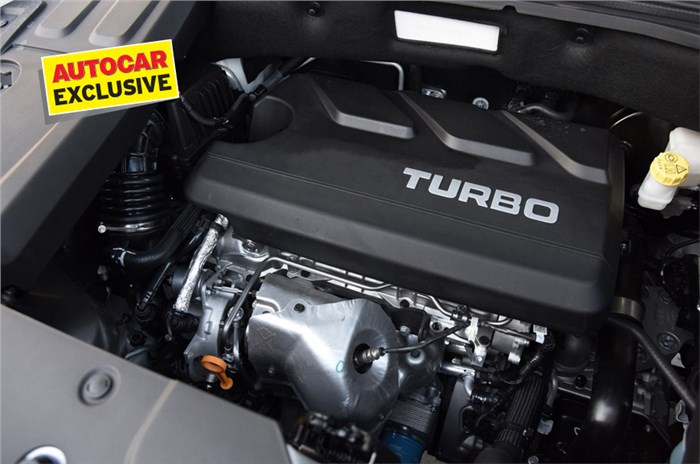 In the run up to the introduction of the Hector SUV, MG Motor’s first product for India, select powertrain details regarding the Compass rival have come to light. We had previously reported that the MG Hector will come with two engine options – a 1.5-litre turbo-petrol and a 2.0-litre turbo-diesel. We can now confirm the output of the petrol engine.

With peak power and torque figures stated to be 143hp and 250Nm, respectively, the MG Hector’s 1.5-litre turbo-petrol engine may seem to be a tad underpowered compared to its competition, on paper. The Hector has been spied being benchmarked against the Hyundai Tucson and Honda CR-V, both of which come with larger displacement, four-cylinder naturally aspirated petrol engines. The Tucson’s 2.0-litre engine makes 155hp and 192Nm of torque, while the CR-V’s 2.0-litre petrol motor produces 154hp and 189Nm of peak twisting force. This means that while the Hector’s 250Nm torque figure is class-leading, its 143hp power figure is most certainly not.

It is interesting to note that the only other SUV in this segment that comes with a turbo-petrol is the Jeep Compass. The Fiat-sourced 1.4-litre, four-cylinder motor in the Compass produces 163hp and 250Nm, making it more than a match for the MG Hector’s turbo-petrol engine. The MG Hector’s petrol engine will come mated to either a 6-speed manual or a 6-speed dual-clutch automatic transmission.

A diesel engine will also be on offer with the Hector. Said to be an FCA-sourced 2.0-litre, four-cylinder diesel, power levels are expected to be at par with the Jeep Compass’ 173hp/350Nm motor.

When it arrives in India in the coming months, the MG Hector is expected to be quite well-equipped; features such as a 360-degree camera, a portrait touchscreen infotainment system, panoramic sunroof, rear AC vents, a TFT multi-info display, paddleshifters, power adjustable seats, cruise control and an electronic parking brake are expected to be on offer with the top-spec variants.

MG has claimed to achieve a high level of localisation (75 percent) for the production of the Hector at SIAC’s manufacturing facility in Halol, Gujarat. This indicates that MG Hector prices could be competitive.

SCOOP! Baojun 510 SUV spied in India for the first time