Turbo-petrol variant of the MG Hector SUV will be available with manual and automatic gearbox options; will directly rival the Jeep Compass 1.4 MultiAir turbo-petrol. 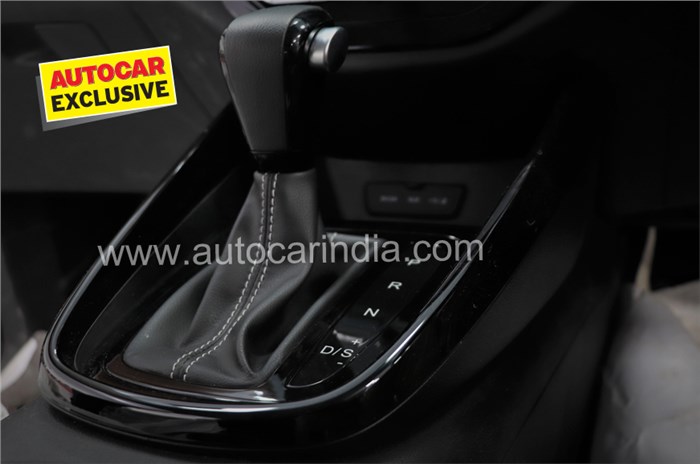 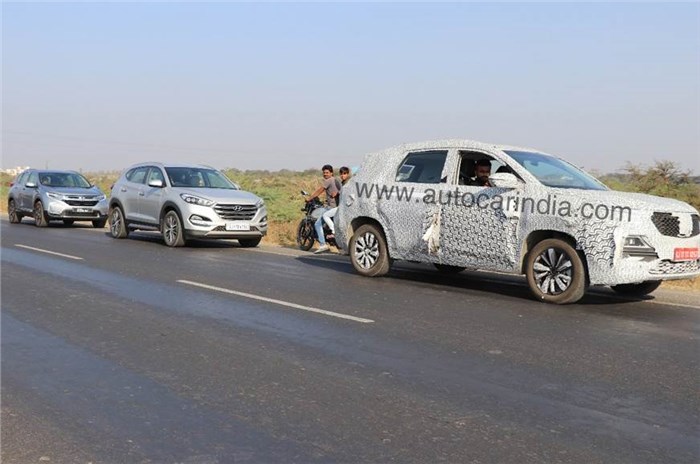 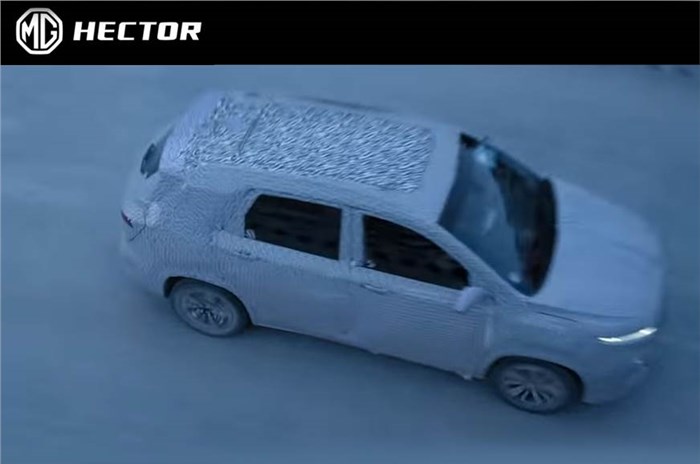 With its India entry imminent, MG Motor has been in the news of late. The company has been conducting road shows across major Indian cities to gain some traction among the masses, and has been drip-feeding information about its first product for India, the MG Hector SUV. We’ve seen it being tested on multiple occasions, and we know that it will be loaded with a bagful of features.  Now, with just a few months to go for its launch, we have access to a fresh spy shot – and details – of the petrol-engined MG Hector automatic.

Among its peers, the MG Hector will only be the second petrol SUV to offer a dual-clutch auto; the first one being the Jeep Compass, which has a 7-speed DCT mated to the 1.4-litre turbocharged petrol engine. The MG Hector’s other rivals – the Hyundai Tucson and Honda CR-V – are available with a torque-converter and a CVT, respectively.

Interestingly, the MG Hector’s dual-clutch automatic gearbox will come with a Sport mode, and paddleshifters are likely to be part of the package. Sources close to MG say the dual-clutch auto ‘box has been tested for over 2.6 million kilometres globally.

While the dual-clutch automatic will certainly be a draw for many buyers, what will also attract them is the MG Hector’s features list. Lower variants of the Hector will get a single sunroof, while the top-spec Hector will feature a panoramic sunroof that would be the largest in the class. In addition, the Hector will also pack a 10.4-inch portrait-oriented touchscreen infotainment system, the largest of its kind in India.

Also on offer with the Hector will be a 360-degree surround view camera, along with a Harman Infinity audio system that will comprise of four speakers, four tweeters and a subwoofer. Steering-mounted controls for the audio and telephone functions will likely be standard, and other features could include a six-way power adjustable driver’s seat, push-button start, keyless entry, cruise control and a tyre pressure monitoring system.

In addition to the turbo-petrol, the MG Hector will also get a 2.0-litre diesel engine. MG Motor India has previously said it has achieved 75 percent localisation of parts at SAIC’s plant in Halol, Gujarat, which means the MG Hector’s price should be truly competitive when it launches in the middle of 2019.