The upcoming MG Hector can be acquired via a subscription model along with the conventional purchase model. 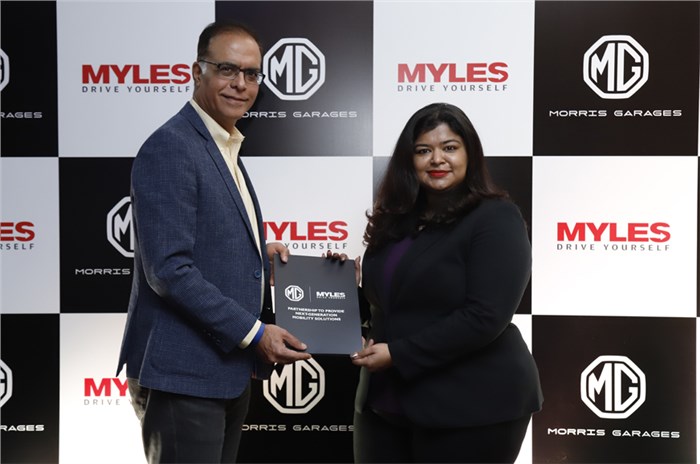 MG Motor India has announced a partnership with Myles to offer its upcoming Hector SUV with a subscription model. The tie-up between the two will enable potential customers to try out the MG Hector and future products from the British brand without buying them and help MG leverage Myles’ existing network in addition to the 110 sales and service outlets planned by the carmaker.

Both brands believe the value of this tie-up will be over the Rs 250 crore mark in the first phase. The second phase of the partnership is likely to begin after the launch of MG’s second model for India, confirmed to be an all-electric SUV based on the MG eZS, which is scheduled to arrive before the end of 2019.

The Hector, MG’s first product for India, is meant to take on the likes of the Hyundai Tucson and Honda CR-V. The Hector has been spotted in camouflage being benchmarked against its rivals and is expected to be longer and taller than the five-seat Hyundai and seven-seat Honda SUVs. With a plush, premium and roomy interior, along with segment-leading kit expected, the MG Hector is expected to be a credible alternate to these soft-roaders.

The SUV will have a choice of two engines – a 1.5-litre turbo-petrol engine and a 2.0-litre diesel motor. Both are expected to make about 170hp. Previous spy shots had shown that the Hector will come with an automatic transmission, though whether a manual option will be offered is unknown. While the Hector’s competition get all-wheel-drive on their respective top-spec diesel variants, MG has not yet revealed whether its SUV will have the same.

Since the Hector is expected to be priced in the same range, a subscription service for the MG SUV should help the carmaker extend its reach. Nisan is another carmaker that is exploring this avenue. The Japanese manufacturer brought out its Kicks at Rs 9.55-14.65 lakh and has a subscription package for a price of Rs 11 per kilometre.

Myles is a car sharing and car subscription company that is a subsidiary of Carzonrent. The mobility solutions provider has a network that spreads across 21 cities in the country. This partnership between MG Motor India and Myles is part of the former’s ‘MG Drives Innovation’ initiative that aims to aid start-ups in the automotive space.