Lack of customers, poor EV-charging infrastructure and minimal or no finance options have been the major hurdles in the electric two-wheeler retail market. 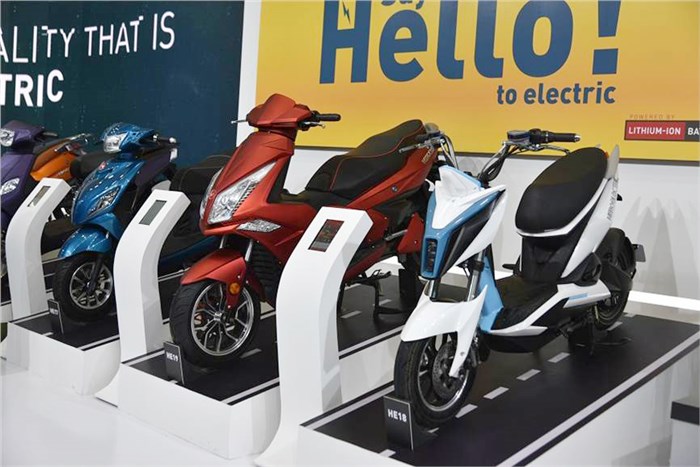 India wants to go fully electric in the two-wheelers (up to 150cc) segment in the next six years. If that happens, suppliers will get that critical scale to localise EV-related components, and dealers will get the critical footfalls in their showrooms. That, however, at present is a challenge because of which many EV dealers have shut shop. There were around 860 electric two-wheeler dealerships in April this year, but this figure was at least 20 percent more. These 20 percent dealers exited during the preceding year or so.

Lack of customers and poor EV-charging infrastructure, along with minimal or no finance options, have been the major hurdles in the electric two-wheeler market in India. What adds to the dealers’ challenges has been the FAME II scheme, which laid out new norms that electric two-wheelers have to meet to be able to qualify for incentives.

While the intent of the scheme may have been right, it perhaps created an unintended disruption in the market. Nearly all models have had to undergo technical changes, and work on some may still be underway, before getting certified by bodies like Automotive Research Association of India (ARAI) and International Centre for Automotive Technology (iCAT).

“This process itself generally means two to two-and-a-half months. Then, there will be few manufacturers who were earlier supplying. There were 26 or 30 models and obviously every model has to be certified but this also means a long waiting line. That, perhaps, the policy maker did not realise that they are going to almost stop the business for two months,” says Sohinder Gill, director, Society of Manufacturers of Electric Vehicles (SMEV).

Disruption in the electric two-wheeler retail business is nothing new. Around six years ago, the market saw a big fall after the withdrawal of incentives by the Ministry of New and Renewable Energy (MNRE).

Gill, who also wears the Hero Electric global CEO’s hat, says he has seen disruptions multiple times, “Not once not twice but thrice in the last 10-12 years and in one point of time, we (Hero Electric) were the only ones standing in that whole crowd while everybody had almost left,”. That could explain Hero Electric’s leadership position in the market, which is also struggling for growth. With more players in the fray and increasing buzz around electric mobility, manufacturers would hope for more dealers to join the bandwagon, and enjoy a better ride while plugging into electric mobility.