Lower GST rate for EVs and push for local battery manufacture are also on the anvil. 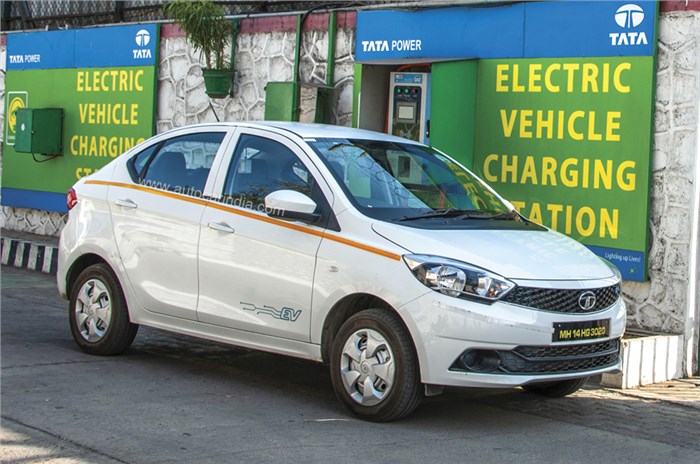 In a bid to drive electric-vehicle adoption in India, Finance Minister Nirmala Sitharaman, in her Union Budget address, has proposed income tax benefits to EV buyers. The benefits would be in the form of deductions from taxable income to the tune of Rs 1.5 lakh on interest payable on loans for EV purchase. “To make EVs affordable to consumers, the government will provide additional income tax deduction of Rs 1.5 lakh on interest paid on loans taken to buy EVs,” said Sitharaman. The Finance Minister added, “by the time the entire loan period ends, buyers would benefit to the level of Rs 2.5 lakh because of this income tax deduction.”

The government has long wanted a shift to EVs and the Finance Minister reiterated the stance in her Budget speech. “Considering our large consumer base, we aim to leapfrog and envision India as a global hub of manufacturing EVs,” she said. Prior to her EV-specific announcements, the Finance Minister also announced initiatives to boost economic growth by inviting large corporations to set up manufacturing units in advanced technology areas including lithium storage batteries and solar-charging infrastructure. “The inclusion of batteries and charging infrastructure in the scheme will boost our efforts (towards electrification),” said Sitharaman; adding, “the government has already moved the GST council to lower the rate on EVs from the prevailing 12 percent to 5 percent.” The announcements are in line with the move to reduce the total cost of ownership for electric vehicles in India, tabled in the Economic Survey 2018-19.

While the tax incentives could generate greater interest in EVs, the local manufacture of lithium-ion batteries would be a big step in bringing down the high purchase price, one of many impediments to electric-vehicle adoption. Charging availability, too, remains a concern for buyers who are open to the idea of going electric.

The pro-EV announcements come at a time when the Indian auto industry, at large, is reeling and as many as 20 percent of electric two-wheeler retailers have shut shop in the past year. Also, while there have been many high-voltage announcements in the past (including a complete shift to electric two-wheelers by 2025) EVs haven’t taken off in India.

Still, carmakers have already announced plans to bring out their own EVs; with Hyundai set to launch the Kona, Maruti developing an electric Wagon R, Mahindra working on an electric KUV100 and Tata ready with its Tigor EV. Later this year, Audi will also start sales of the all-electric e-tron in India; while come late-2020, Jaguar will have the I-Pace on sale.