All-electric Kona will be Hyundai’s first EV in India; expected to be locally assembled and priced at about Rs 25 lakh. 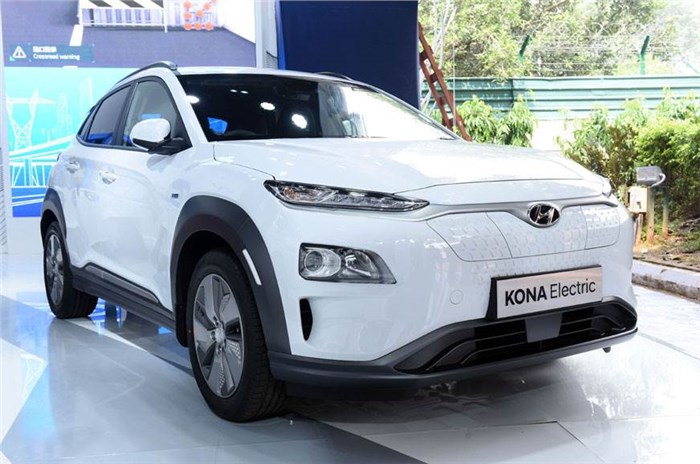 Hyundai will launch its first all-electric model in India, the Kona Electric, on July 9, 2019. Revealed in February last year, the Kona EV looks more or less identical to the standard Kona, though with the noticeable lack of a grille, along with alloy wheels unique to the model.

We had first reported in March last year that Hyundai had plans to bring its electric SUV to India, along with its plans to locally assemble to keep prices in check. The EV was also spotted testing on Indian roads later in the year.

In international markets, the Kona EV is available with two options – a 39kW battery pack with about 312km claimed range and a 64kW unit with a 482km range on a single charge. For India, Hyundai is expected to bring the 39kW model, which makes the equivalent of 136hp and 395Nm of peak torque, and has a claimed 0-100kph time of 9.7sec and a top speed of 155kph.

The lithium-ion battery pack can be charged to 80 percent capacity in as little as 54min using a 100kW DC fast charger, or 6hr 10min from a standard AC source.

Expected to be priced in the Rs 25 lakh region (ex-showroom), Hyundai isn’t expecting to sell more than 60 units a month of the Kona Electric.