SUVs like the Hyryder CNG, BMW XM along with the Mercedes GLB and EQB are some of the new launches lined up next month. 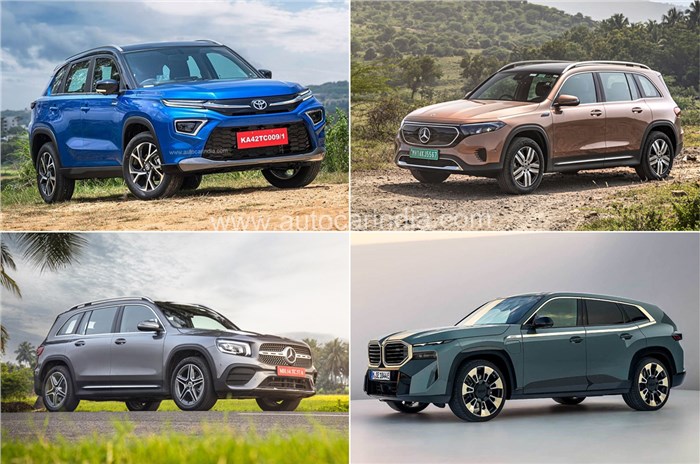 The end of this year is drawing near and a couple of automakers are preparing to introduce their latest products. A majority of these include SUVs from the likes of BMW, Mercedes-Benz, Toyota and Maruti Suzuki. Let’s take a close look at the new cars which will be coming our way over the next month.

Back in early November, Toyota announced that it will soon be introducing the CNG version of its Hyryder SUV. The Hyryder CNG will be offered in two trims – S and G – and is likely to be powered by the Maruti-sourced 1.5-litre K15C, four-cylinder engine that already does duty in Ertiga and XL6 CNG-spec MPVs. Despite the power figures not being officially confirmed, it is likely that the engine will produce 103hp and 136Nm in petrol mode and 88hp and 121.5Nm in CNG mode. Toyota, however, has confirmed that it will solely be offered with the 5-speed manual gearbox – as is the case with most CNG models – and has also quoted its fuel efficiency to be 26.10 km/kg. 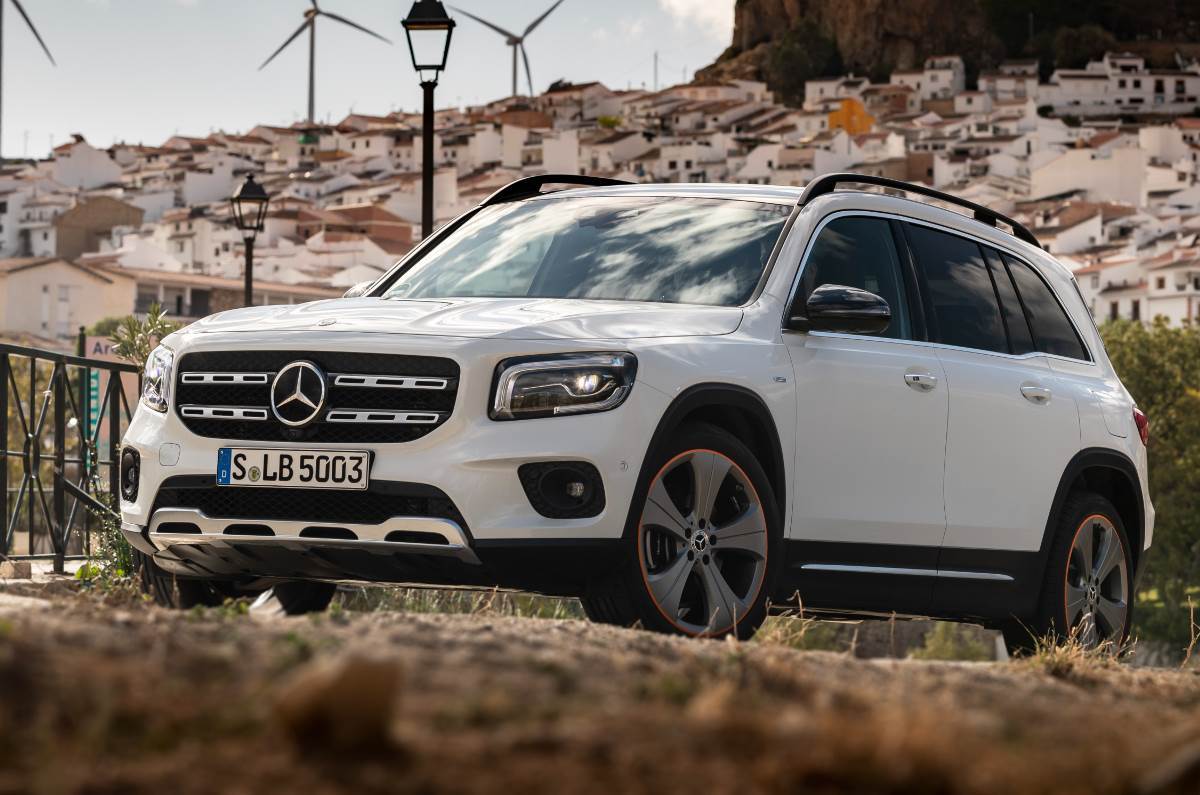 Mercedes will be launching the GLB SUV in India on December 2. Set to arrive as a CBU from Mexico, the GLB will be the second 7-seater Mercedes in India after the GLS. With the interior inspired by the GLA, the GLB will get features like a dual 10.25 infotainment layout, panoramic sunroof, sliding second-row seats and voice commands. The GLB in India will come in three variants – the entry-level GLB 200, the mid-spec GLB 220d and the top-of-the-line GLB 220d 4Matic. The GLB 200 petrol will come with a 1.3-litre turbo petrol engine good for 163hp, with a seven-speed automatic, while the GLB 220d siblings get a 2.0-litre 190hp powerplant mated to an eight-speed automatic transmission. 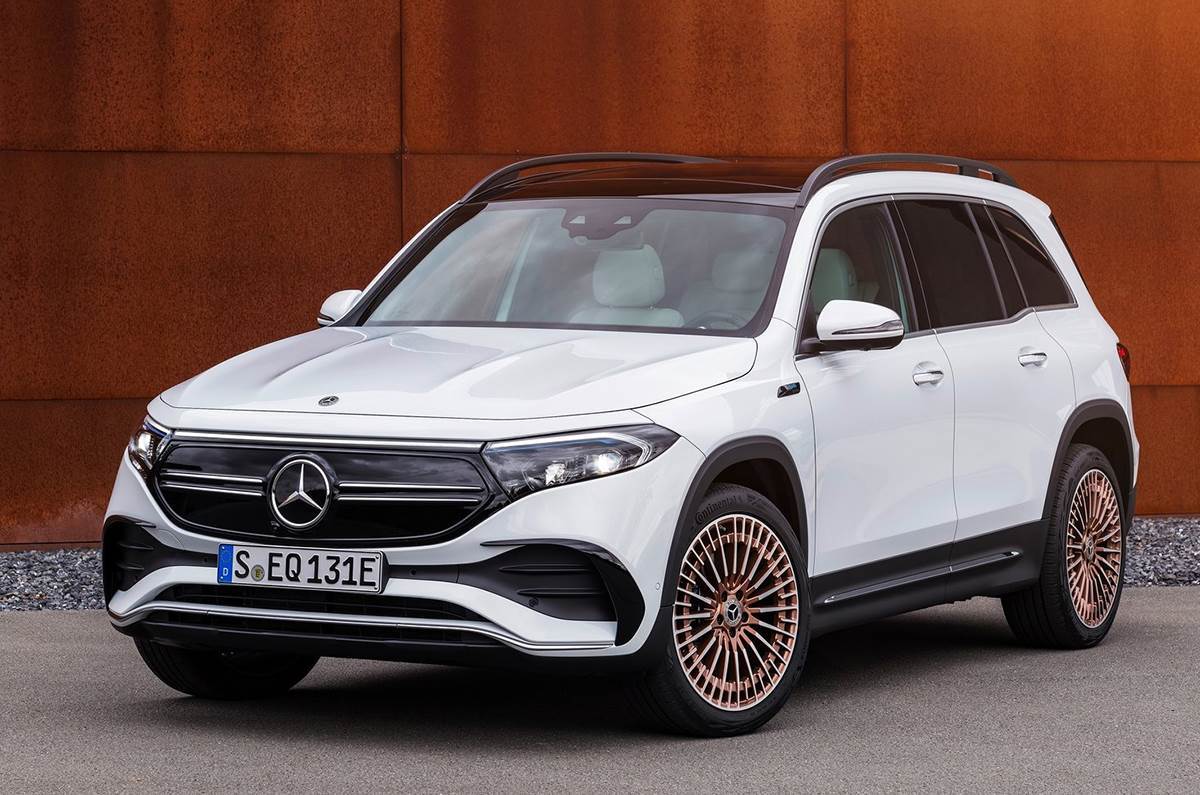 The luxury brand is also gearing up to introduce the seven-seater EQB electric SUV. This will make it the third EV in the brand's EQ sub-brand in India after the EQC and the EQS. The electric SUV, which shares the same architecture as the GLB, features a blanked-off front grille and a full-width LED light bar at the front and rear. Globally, the EQB is offered in two states of tune – a 228hp, 390Nm dual-motor in 300 4Matic guise and a higher-spec 292hp, 520Nm dual-motor in 350 4Matic guise. The India-spec EQB, however, will be offered in the lower spec 300 4Matic guise. 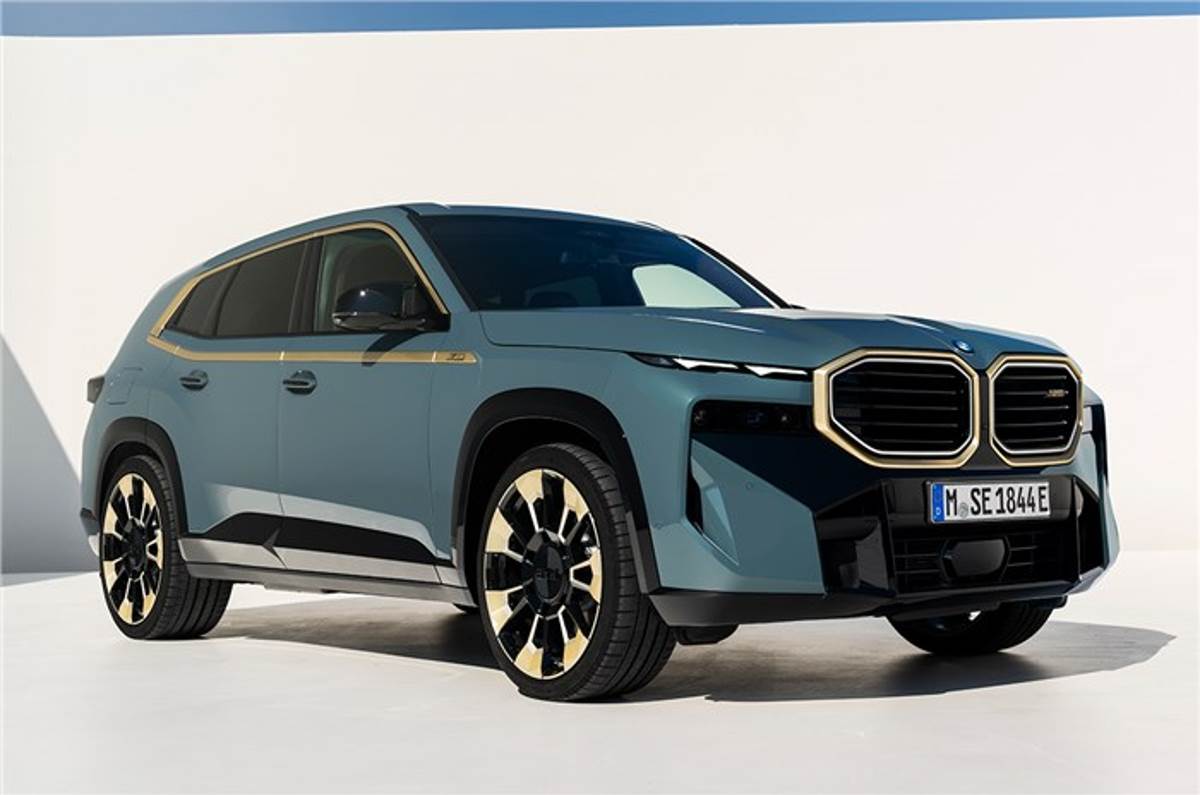 The XM is the first M model with a plug-in hybrid V8 powertrain that puts out a total power output of 653hp and 800Nm. BMW has paired this engine to an 8-speed automatic gearbox, which sends power to all four wheels. The luxury SUV can even be run in pure EV mode with a range of up to 80km. The XM is quite similar to the X7 in terms of size, but sports a radical exterior design with some of the highlights being the massive illuminated grille, a split headlamp set-up, and vertically stacked exhaust outlets at the rear. It also gets the latest iDrive 8 system with the widest range of driver assistance systems ever installed in a BMW vehicle. 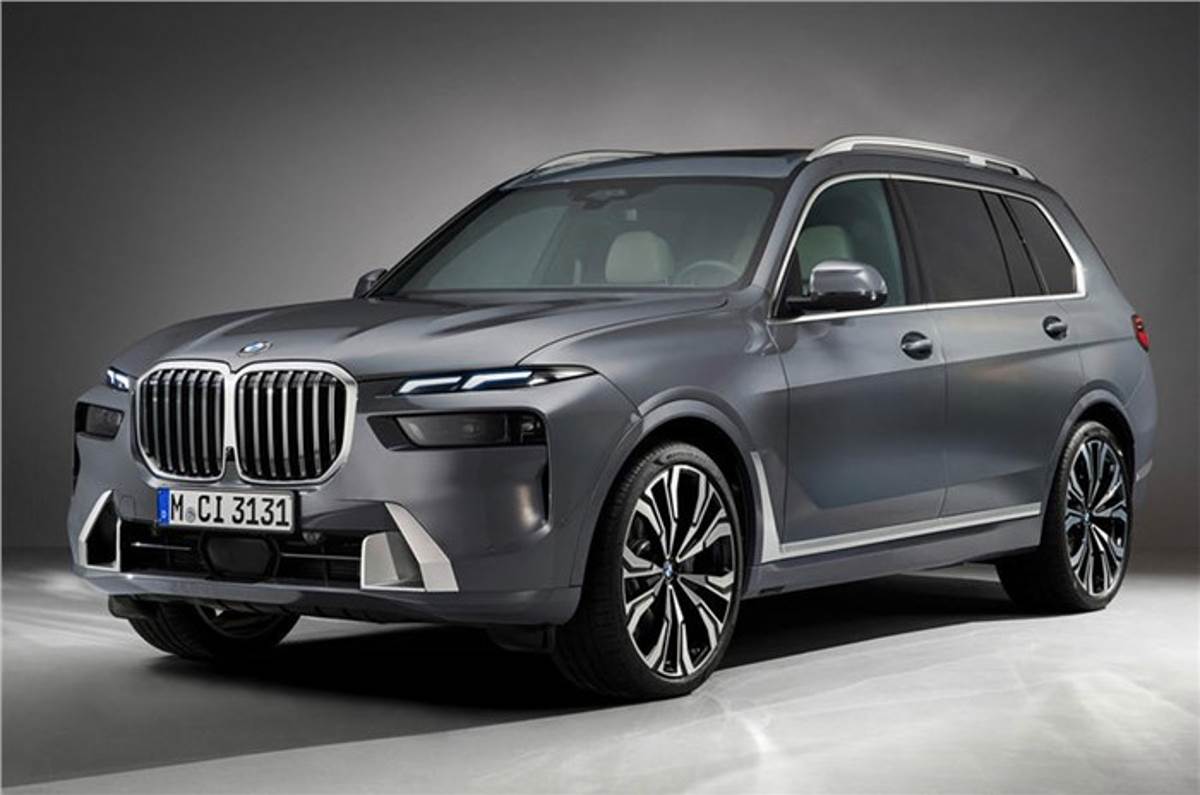 The heavily updated X7 luxury SUV now gets a completely redesigned front fascia that debuted the brand’s new split headlamp design, previously seen on the new i7 and 7 Series sedans. The interior also sees a major update with the introduction of BMW’s latest curved infotainment screen that comprises a 12.3-inch digital instrument cluster and a 14.9-inch touchscreen running the latest iDrive 8 software, previously seen on the iX and i4.

In India, the X7 will be offered in xDrive 40i and xDrive 30d guises wherein the former gets a 380hp, inline six-cylinder petrol engine, while the latter uses a 352hp, inline six-cylinder diesel engine. Both engines will be coupled with 48V mild-hybrid tech and come mated to an 8-speed automatic gearbox with all-wheel drive as standard. 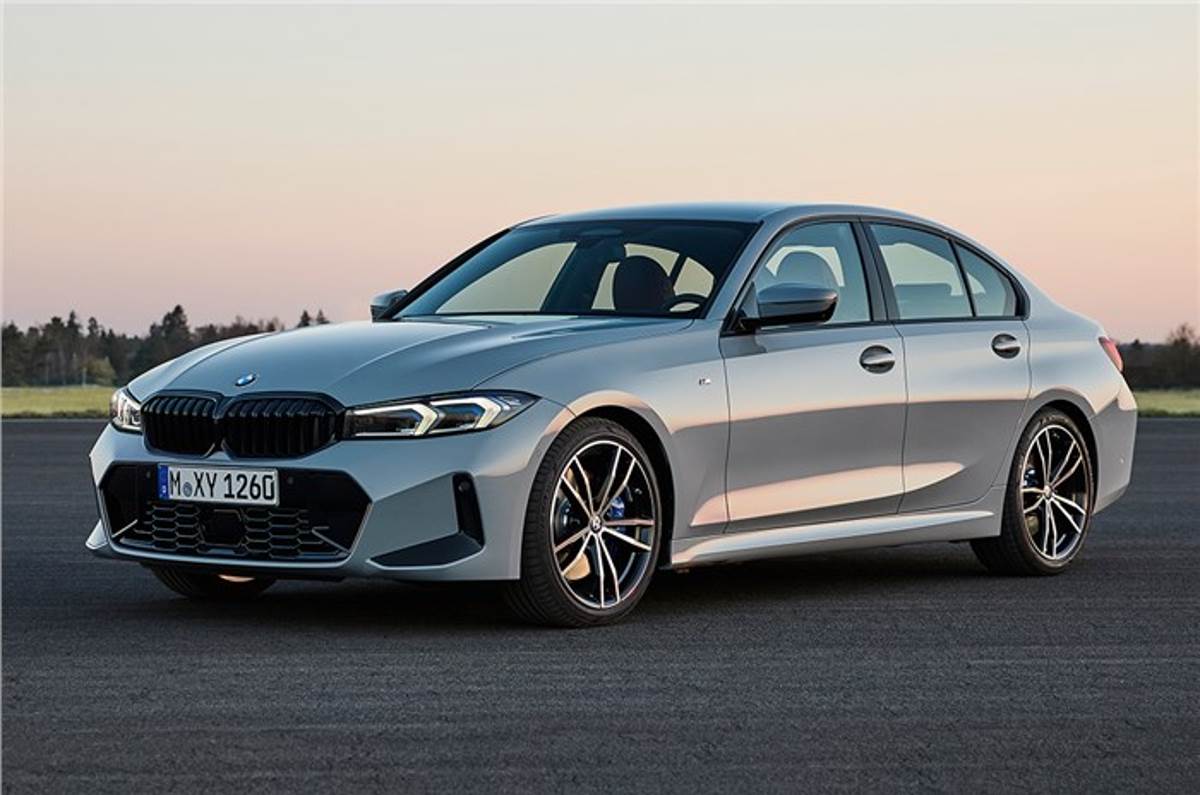 BMW will also be introducing the updated M340i along with the X7 and XM. Even though the details are scarce, the updated version is expected to feature a slightly redesigned front end, slimmer LED headlights, new air vents on either ends of the front bumper, and a tweaked kidney grille. The updated M340i is also expected to be powered by the same 3.0-litre, in-line, six-cylinder, turbo petrol engine that puts out 387hp and 500Nm of torque while being paired to an 8-speed automatic gearbox. The power will be sent to all four wheels via BMW’s xDrive all-wheel-drive system.

Maruti Suzuki will introduce the Grand Vitara CNG in the Indian market next month. The SUV will be following in the footsteps of its badge-engineered cousin, the Toyota Hyryder CNG. Expected to be Maurti’s first CNG SUV, the Grand Vitara will likely be powered by the same 1.5-litre K15C, four-cylinder engine which puts out 103hp and 136Nm in petrol mode and 88hp and 121.5Nm in CNG mode. The Grand Vitara CNG is expected to only get the 5-speed manual gearbox and deliver 26.10km/kg of claimed fuel economy, like the Hyryder CNG. 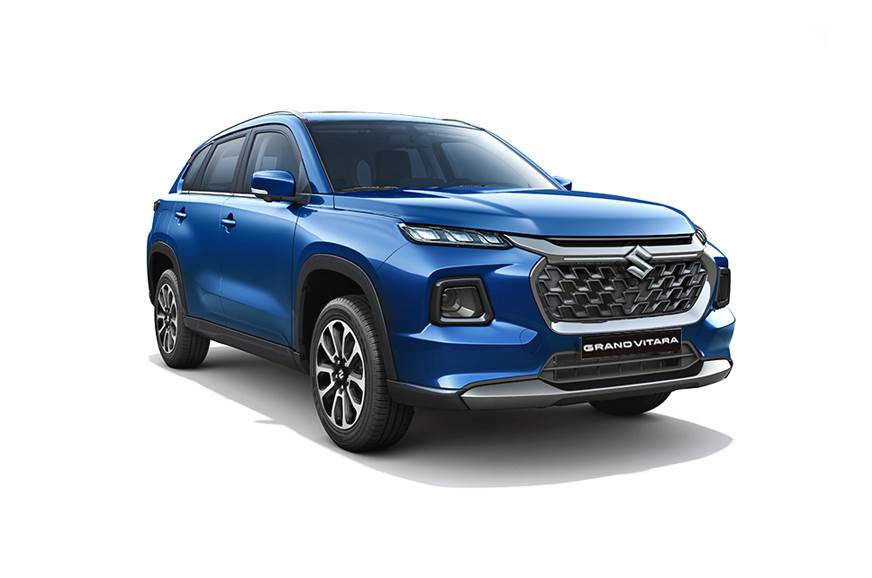