2022 BMW XM First Look: The most powerful BMW ever

The XM with its plug-in hybrid powertrain is expected to launch in India in early December. 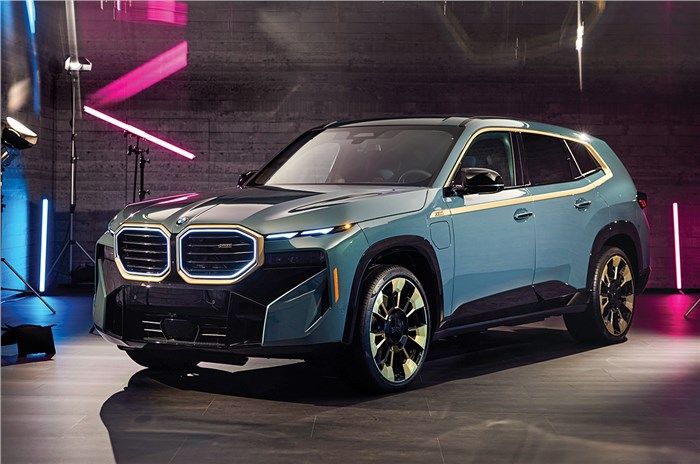 Remember the M1, the M division’s first and only bespoke car? Yeah, it was a long time ago. This, here, is the second one, well sort of. Under the bonnet is a V8 with a strong hybrid system with a power output of 653hp. The XM also boasts a new 48V system, which helps with rear-wheel steering and reduced body roll via active anti-roll bars. As far as electric power is concerned, this SUV uses a 25.7kWh battery and a plug-in system, so in theory, it can be run as an EV. The highlight, however, is the new V8 built for new emission norms with a hybrid electric boost. Look under the bonnet and you can see the orange wires that indicate this is a strong-hybrid. The engine is held very firmly with a lot of strut bracing. 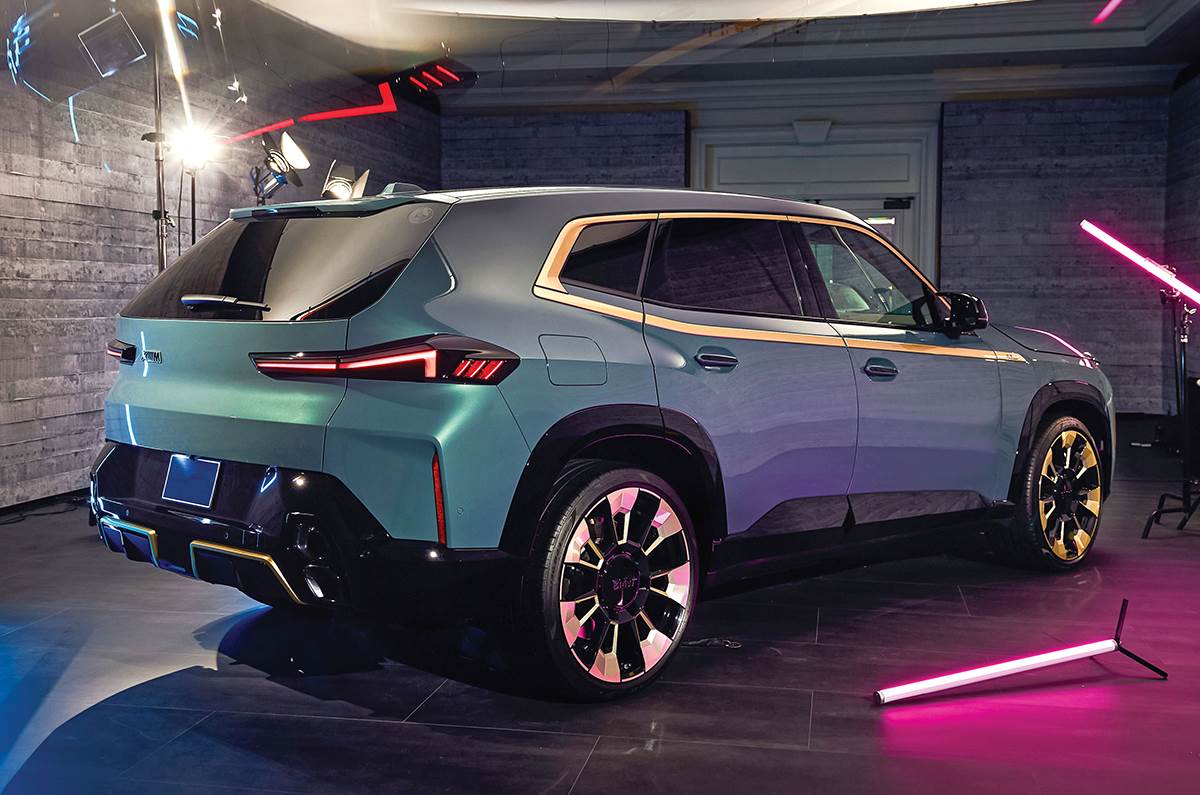 The rear styling of the XM is reminiscent of many BMW SUVs but with a modern touch, especially the tail-lights.

The car, however, ditches air suspension as BMW says that the XM doesn’t handle quite as well with air suspension and that steel coils are better. Air springs make the car feel more sudden and not as progressive, and this could help differentiate it from the other air suspension-equipped performance SUVs. Interestingly, there’s an upcoming version coming called the Label Red that has 748hp and 1,000Nm of torque – even more than the Performante version of the Urus. The Label Red will be the most powerful road legal BMW yet. 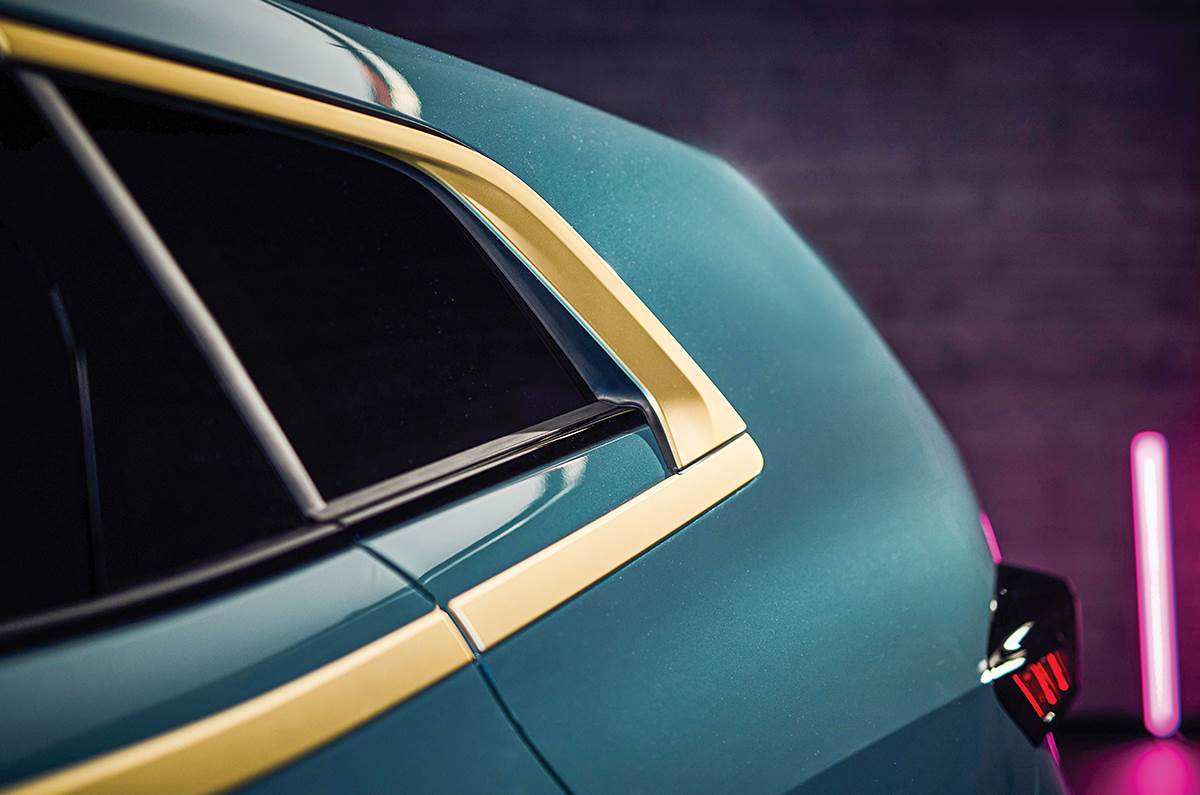 The metallic band of gold is very ‘bling'.

As ever, the BMW XM’s design will polarise opinion. What I’m talking about, of course, are those massive nostrils up front. But BMW actually wants it this way, and this design definitely gives it an unforgettable character. Also very interesting is the gold or bronze band running along the flank, and the pair of BMW logos embossed on the rear windscreen – just like the M1 – are an interesting detail as well. And I absolutely love the slash-like LED tail-lights that provide plenty of definition to the rear. 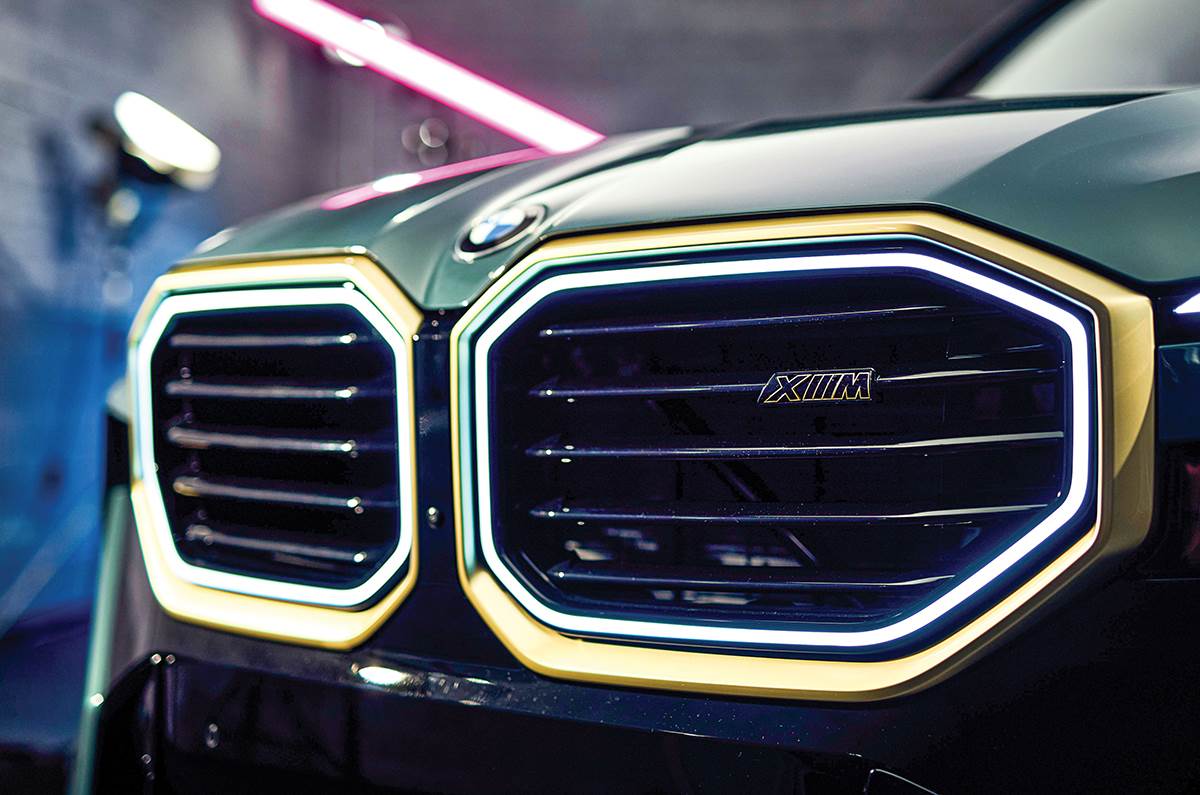 The big ‘nostril’ will polarise opinion.

But the XM isn’t just about visual flash and horsepower, it’s also practical. Interestingly, it is built on a long wheelbase and that means there’s loads of space on the inside. Of interest is also the fact that this super SUV is based on BMW’s CLAR platform, the one on which all large BMWs are based, and like all its SUVs on that platform, this one doesn’t get BMW’s patent carbon core technology, where the passenger cell is made using carbon fibre. 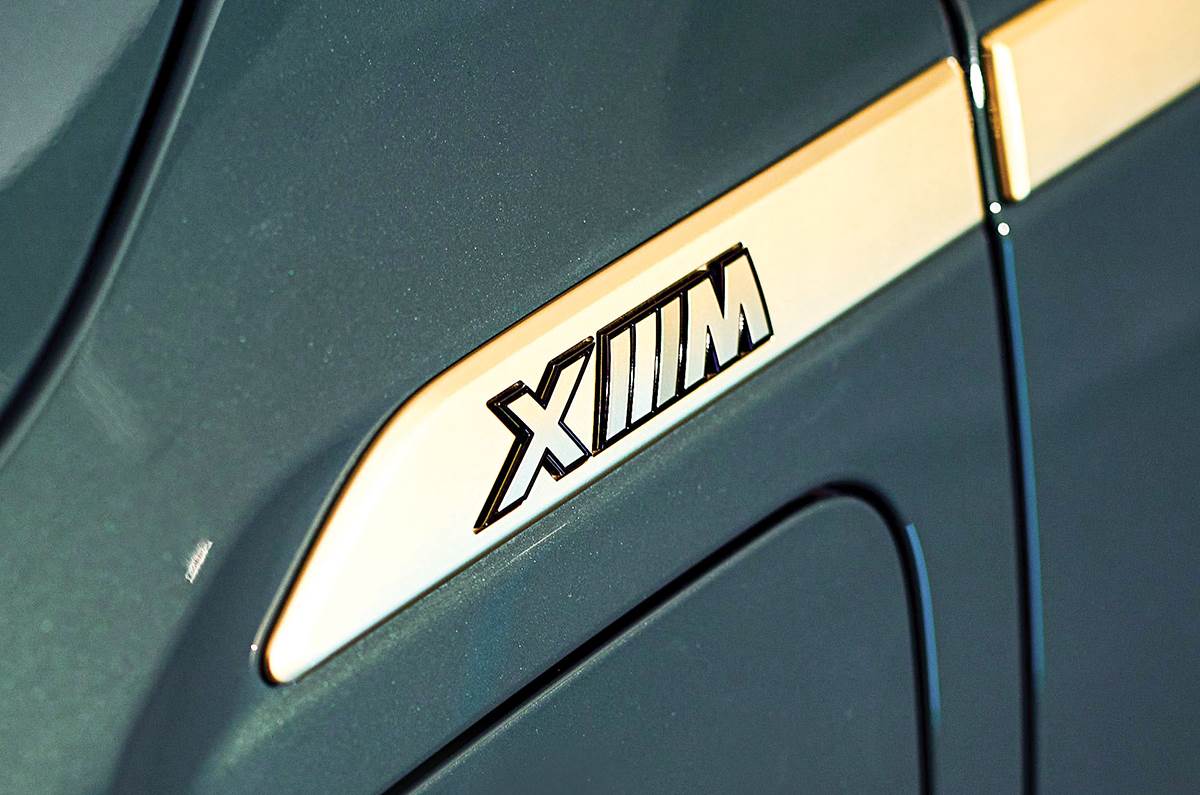 As I go through the performance menu, I notice that the XM will always stay in four-wheel drive. You basically can’t disconnect the front axle; it won’t go into only rear-wheel drive and that’s because this is a big heavy SUV with a lot of weight on top. The drift mode is more ideally suited to performance sedans.

On the inside, it’s a modern BMW and looks familiar, but what is impressive is just how well the M division has configured and made this interior look special, with even small things like the M font used on the screen and the manner in which M has put all the performance stuff right up front. 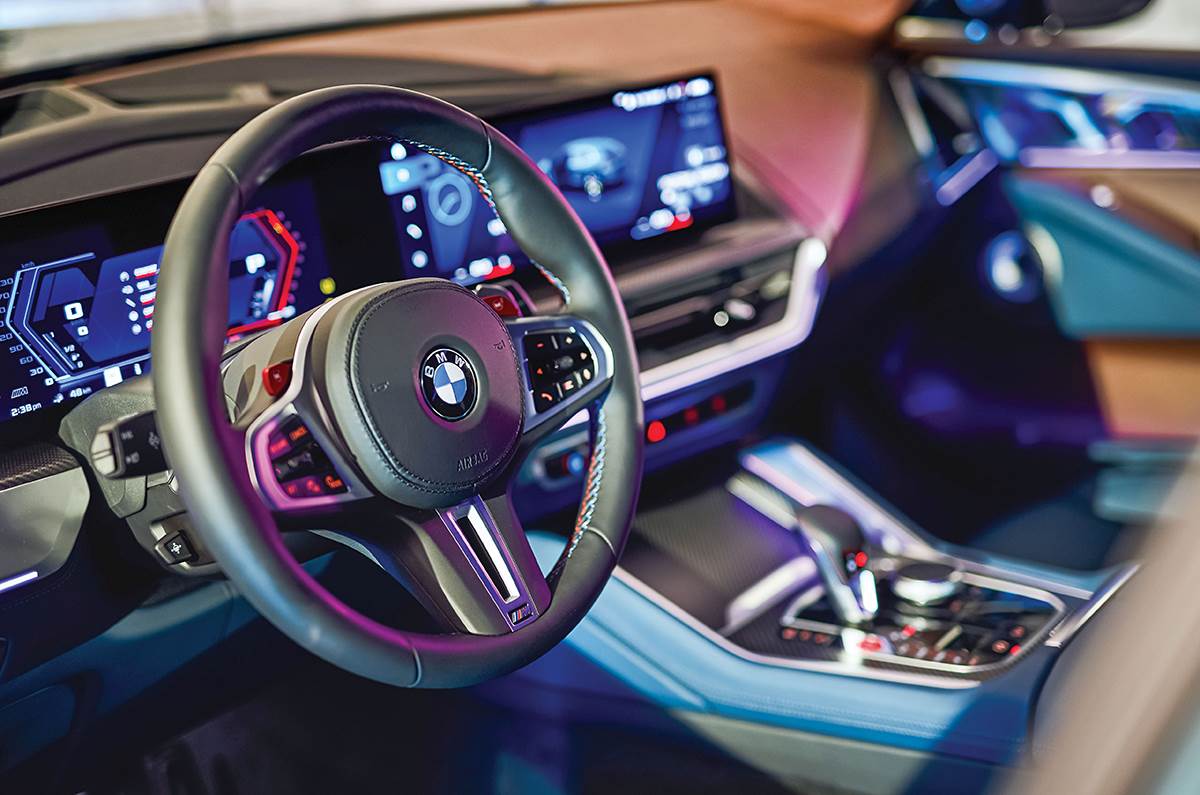 With its big curved display, M features and iX-like sloping dash, the XM has a sporty, but very tech-heavy vibe to it.

What’s also special is the trim. There’s plenty of soft Alcantara leather on the roof and A-pillar, and something that’s particularly interesting is the use of ‘vintage’ leather on the top of the door pads. It works really well. BMW’s familiar steering wheel with the paddles, and the M1 and M2 shortcut buttons look fit the bill. Across on the passenger side, I absolutely love the M logo that has been set in what looks like a very sporty rubber background. 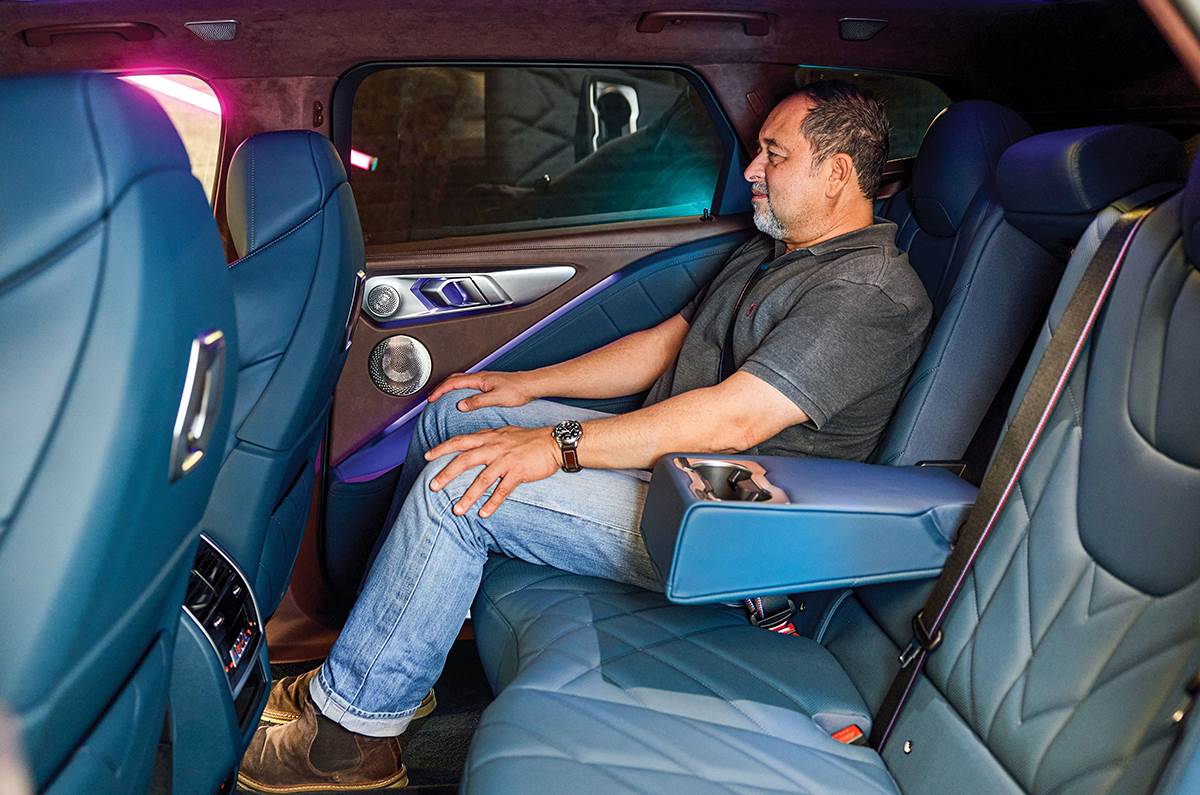 Plenty of space and legroom in the rear.

Also impressive is loads and loads of legroom here; there’s possibly more space than on the X7, so this is also a performance SUV you can use to be driven in; ride quality willing that is. Also very interesting is that the rear seat curls around the corner and provides padding for your shoulder, just like the iX, the trick borrowed from Rolls-Royce.

Expected to launch in India in early December, BMW’s XM is likely to be priced at around Rs 2.8 crore. The Lamborghini Urus just got some company.