Here's a look at the detailed price list of the Toyota Urban Cruiser Hyryder:

Comparing the prices of the Hyryder with the Grand Vitara on a variant-to-variant basis, mild-hybrid manual variants of the Toyota are more expensive by Rs 3,000-50,000, while mild-hybrid automatic variants cost Rs 8,000-20,000 more. However, the Hyryder’s strong-hybrid variants are more affordable than the Grand Vitara’s, with a uniform price difference of Rs 50,000.

These pricing variations are due to each brand taking a price advantage of its own tech, with the mild-hybrid system coming from Suzuki and the strong-hybrid from Toyota.

Mild-hybrid variants of the Hyryder get Maruti Suzuki’s 1.5-litre K15C engine, which is also found on models like the new Brezza, XL6 and the Ertiga. Dubbed ‘Neo Drive’, the motor makes 103hp and 137Nm of torque, and is paired either to a 5-speed manual or a 6-speed torque converter automatic gearbox.

All-wheel drive (AWD) is only available as an option on the mild-hybrid’s top-spec V trim with the 5-speed manual gearbox. While not the first midsize SUV with AWD (the now-discontinued Renault Duster had an AWD option for a while), it is currently the second in its class, along with the Maruti Grand Vitara, to offer it.

Derived from Suzuki's AllGrip Select, the AWD system on the Hyryder gets four drive modes – Auto, Sport, Snow and Lock – and hill-descent control. In Auto mode, two-wheel drive (front wheels) is standard and sends power to the rear wheels on slippage. Sport mode not only livens up the throttle response, it sends power to the rear wheels for better handling. In Snow mode, the system sends measured amounts of power to all wheels to maintain a stable driving condition. Lock is a subset of Snow and can only be used with the latter; it sends power to all four wheels in a near 50:50 front-rear power distribution ratio. You can read about it in detail here.

In the highest spec, the Hyryder gets features like a panoramic sunroof and 360-degree camera. For a detailed variant and features break-up, click here.

Is AWD standard on V MHEV or an option? 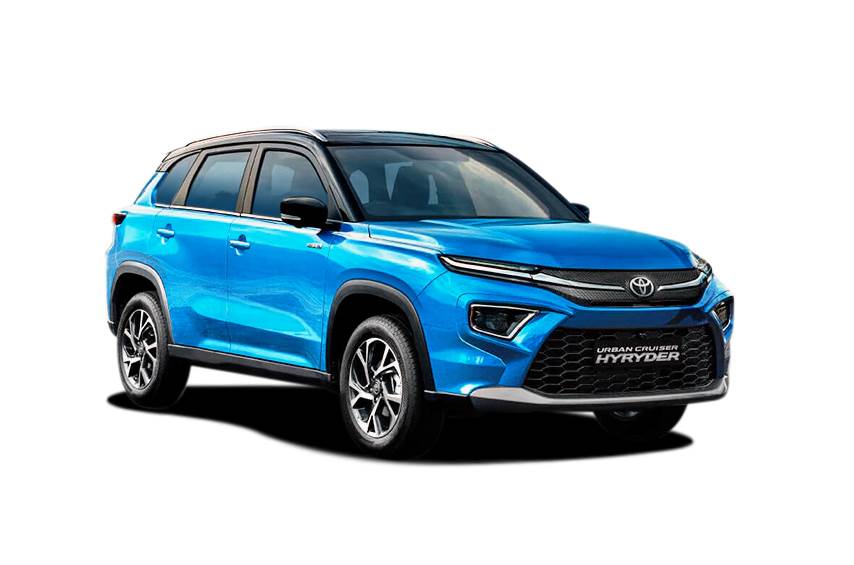