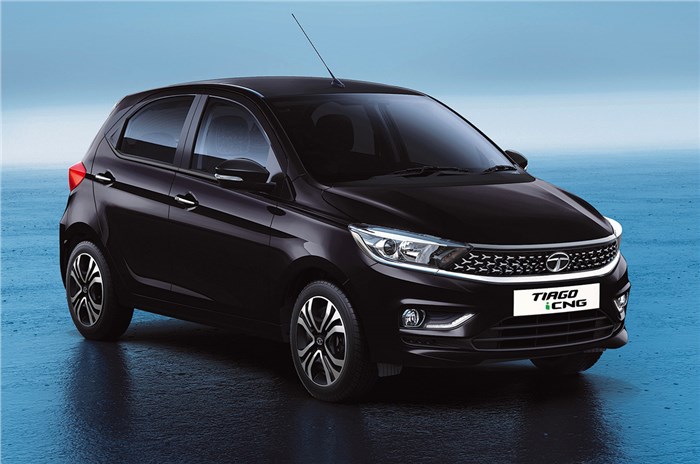 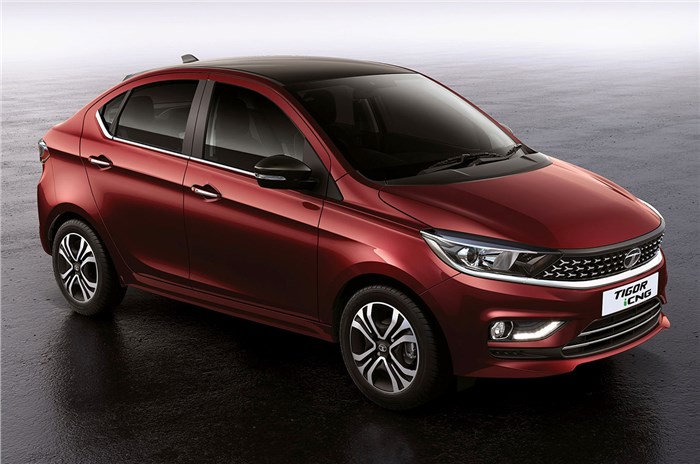 Tata Motors has announced pricing for i-CNG-powered Tiago and Tigor. The Tata Tiago CNG's price starts from Rs 6.09 lakh, while the Tigor CNG has been priced from Rs 7.69 lakh (both prices, ex-showroom, Delhi). With the Tiago CNG and Tigor CNG, Tata Motors becomes the third mass-market carmaker to offer factory-fitted CNG kits on its passenger vehicles, the others being Maruti Suzuki and Hyundai. These two models are the first of more CNG-powered vehicles expected from Tata Motors.

Here's a detailed price list for the CNG-powered Tiago and Tigor in India.

As you can see in the table above, i-CNG powered variants of both the Tiago and Tigor cost Rs 90,000 more than their equivalent petrol-powered variants.

Under the hood, both, the Tiago CNG and Tigor CNG, are powered by Tata’s 1.2-litre, three-cylinder Revotron petrol engine. While in petrol guise, this engine produces 86hp and 113Nm of peak torque, in CNG spec, the engine produces 73hp and 95Nm of peak torque. That means there’s a difference of 13hp and 18Nm between the respective petrol and CNG versions of the Tiago and Tigor. Additionally, despite the increased weight (around 100kgs), the Tiago has a ground clearance of 168mm while the Tigor's is 165mm.

Transmission options on both models include just a 5-speed manual gearbox. Notably, the Tiago and Tigor CNG can be started directly in CNG mode, which is a feature not offered by any of its rivals. We can confirm that both the Tiago and Tigor CNG models have an ARAI-claimed fuel economy of 26.49km/kg. For reference, the recently launched Maruti Celerio CNG returns a fuel economy of 35.60km/kg.

The CNG-powered versions of the Tiago and the Tigor do not boast of any changes in terms of design over the regular petrol versions. The only update on the outside is a new ‘i-CNG’ badge on the tailgate of both models. Similarly, there aren’t any notable changes to the interior of the Tiago CNG and Tigor CNG either. Boot space, however, has taken a massive hit. The Tiago's boot space is down from 242 litres to just 80 litres, while the Tigor's boot space is down from 419 litres to 205 litres.

Safety features include dual airbags, ABS, rear parking camera and sensors, and corner stability control. It is, however, interesting to note that while both the petrol-powered Tiago and Tigor are 4-star Global NCAP rated cars, the same does not apply for their respective CNG variants. Global NCAP policy mandates that these cars need to be tested again, although, Tata is confident that it's not a challenge for them to acheive the same crash safety rating on these cars as their petrol-powered siblings.

As mentioned, the CNG space has so far been dominated by Maruti and Hyundai, with the former having the widest range of CNG vehicles, which starts with the Alto and goes all the way up to the Ertiga MPV. The Tata Tiago CNG will face competition from the likes of the Hyundai Santro CNG, Maruti Wagon R CNG and the newly launched Celerio CNG.

Meanwhile, the Tigor CNG will rival the Hyundai Aura CNG. Maruti Suzuki is also said to be working on new CNG variants of the Swift and Dzire, both of which could add up to the competition against the CNG Tiago and Tigor.

Tata Motors has also updated the top-spec XZ+ trim on both the Tiago and Tigor range. The Tiago XZ+ gets an exclusive new Midnight Plum colour option, along with a dual-tone black and beige interior theme. The rest of the range continues to get a black and grey interior theme as before.

Meanwhile, the Tigor XZ+ gets an exclusive new Magnetic Red colour option, which can also be had with a black roof for a dual-tone exterior theme. Furthermore, the Tigor XZ+’s 15-inch alloys are now finished in Sonic Silver instead of the dual-tone finish as seen on the Tiago. In terms of features, the 2022 Tigor now gets rain-sensing wipers and automatic headlamps on the XZ+ trim. Other interior changes on the Tigor XZ+ include new seat fabric and a dual-tone black and beige interior theme.

What are your thoughts on the prices of the CNG-powered Tata Tiago and Tigor? Let us know in the comments below. 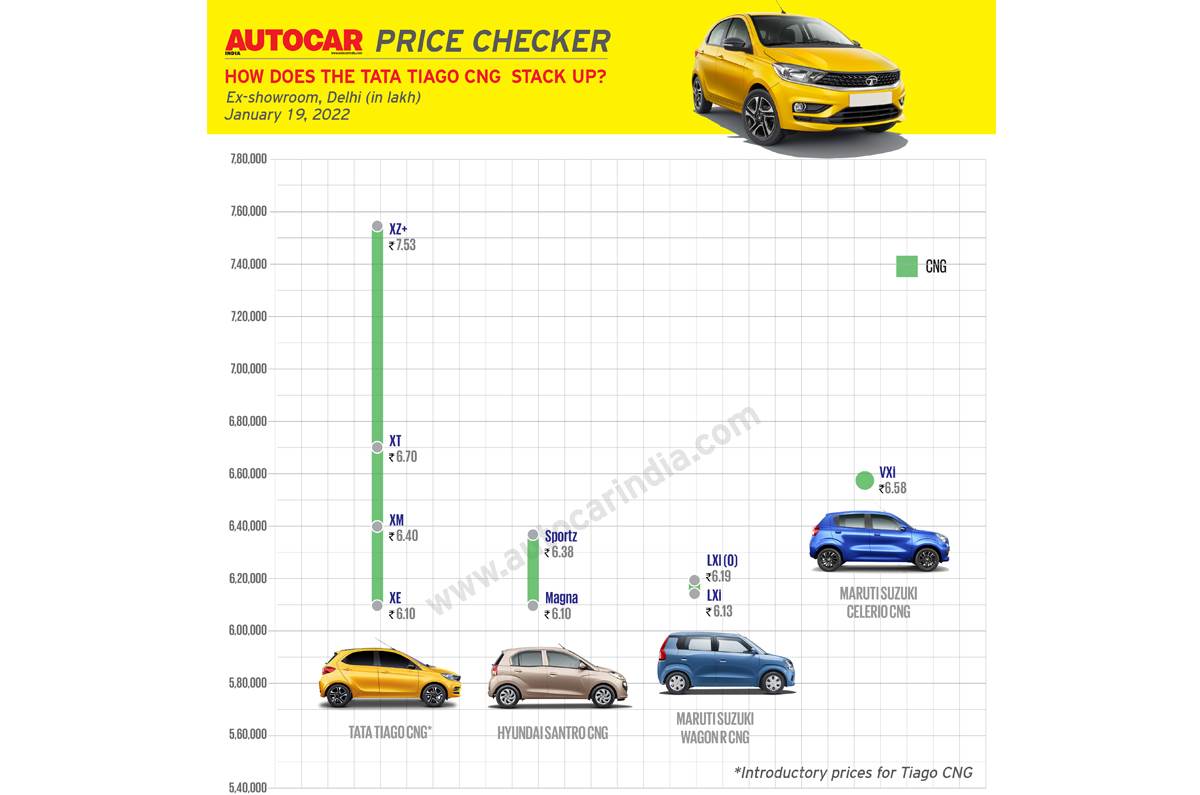