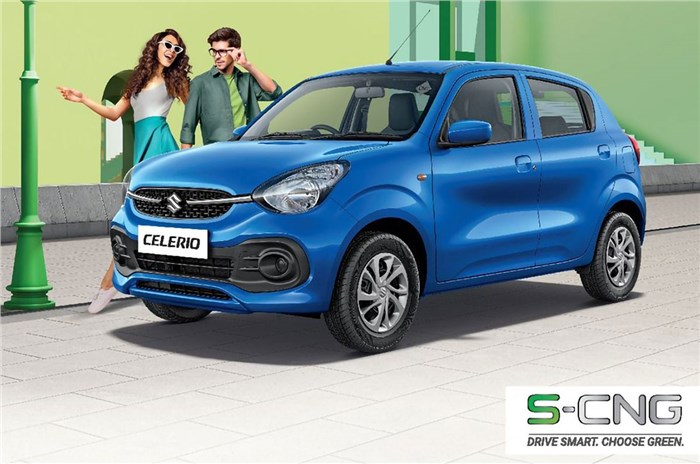 The Celerio CNG is claimed to return 35.60km/kg

Maruti Suzuki launched the all-new Celerio CNG in India today priced at Rs 6.58 lakh (ex-showroom, Delhi). Unlike in most other CNG models, Maruti Suzuki’s factory-fitted CNG kit is being offered in the mid-spec VXi trim as against the base LXi variant. Compared to the equivalent petrol-powered Celerio, the CNG versions of the hatchback cost Rs 95,000 more.

The carmaker also revealed that the Celerio has crossed a new sales milestone in the country, as since launch of the first-gen hatchback, the car's cumulative sales have crossed the 6 lakh-unit mark.

Maruti Suzuki claims a fuel efficiency of 35.60km/kg for the new Celerio CNG – up from its predecessor's 30.47km/kg (ARAI-certified). This is because this new K10C engine employs two fuel injectors per cylinder, a higher compression ratio and also has higher thermal efficiency. This has already resulted in the new Celerio being the most fuel-efficient petrol hatchback in the country.

Notably, this is also the first instance of Maruti Suzuki giving the 1.0-litre K10C engine the CNG treatment. CV Raman, chief technology officer, MSIL, had previously said in an interview, “There are no challenges as such to integrate CNG in the new engine with two injectors per cylinder. It will be seamlessly integrated on the new Celerio.”

Compared to the regular hatchback, the CNG-powered Celerio does not boast of any notable changes to its exterior or interior design. However, it does get an additional S-CNG badge on the tail gate to distinguish from its petrol-powered sibling. Also, with the CNG tank fitted to the boot, the Celerio CNG does lose out on a significant amount of cargo space.

The Maruti Suzuki Celerio will see competition from the likes of the Hyundai Santro CNG (Rs 6.09 lakh-6.38 lakh, ex-showroom), and the upcoming Tata Tiago CNG.

Following the Celerio CNG, only the Swift, Dzire and Vitara Brezza are yet to be meted out the CNG treatment from Maruti Suzuki’s Arena line-up of cars. Incidentally, CNG versions of all three cars are currently under development. Maruti Suzuki had previously also said they would be open to offering CNG kits on Nexa models if customers really wanted it – with the rice in petrol prices. This means that CNG models of the Ignis, XL6 and Baleno could follow in the future. 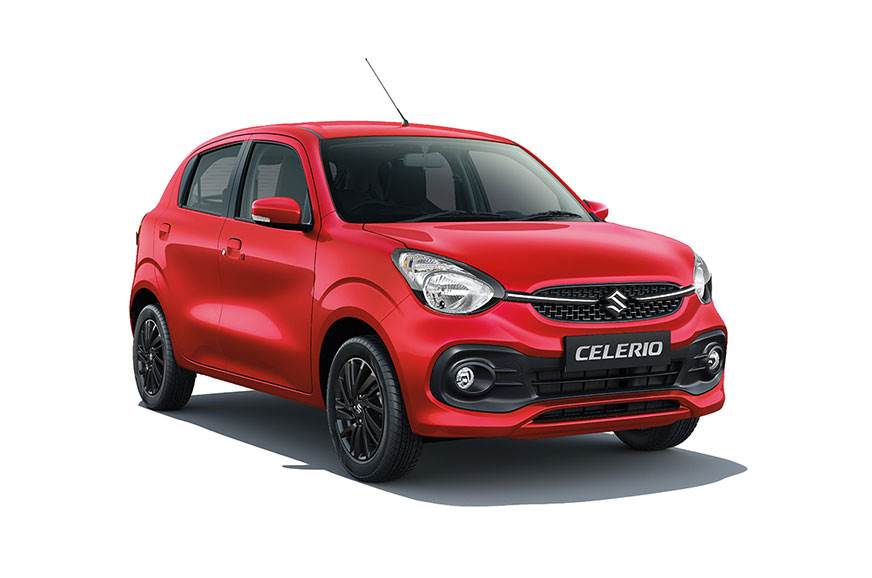