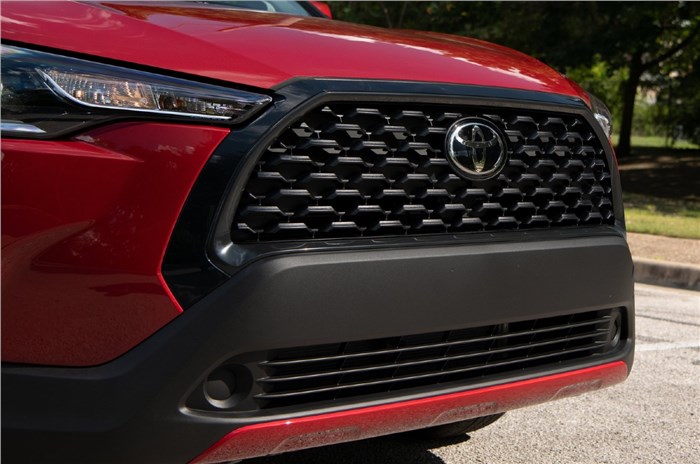 Both SUVs will be manufactured at Toyota's plant in Bidadi, Karnataka. (Image used for representation).

The twin midsize SUVs will come with strong hybrid tech and should be launched just in time for the festive season this year.

The midsize SUV class is undoubtedly one of the hottest segments in India, and apart from short spurts where it’s been overtaken by some rival, the Hyundai Creta has dominated it since its launch in 2015. Other carmakers do operate in this segment, of course – Skoda, VW, Renault, Nissan, Kia, MG and on the slightly higher end, Tata and Mahindra.

Maruti, too, has attempted to enter the fray with the S-cross, but to relatively lukewarm results, largely because the crossover, though capable, doesn’t have the SUV image buyers want. This year, however, India’s largest carmaker is making a stronger assault on the midsize SUV segment, with help from none other than Toyota, which will also be fielding its own entry.

New Maruti-Toyota mid-size SUVs: what are they?

These will be all-new models from the ground up, built on a new architecture based on Daihatsu-sourced modular platform called DNGA. The DNGA platform is designed with emerging markets in mind (not to be confused with the more premium TNGA platform of the Camry), which underpins a number of Toyota and Daihatsu models overseas.

Much like the Baleno/Glanza and Brezza/Urban Cruiser, these new SUVs will be shared between Maruti and Toyota; the difference is, this time they will be sourced from and built by Toyota and supplied to Maruti initially, and will be quite different on the inside and outside.

Both the Maruti SUV (codename: YFG) and the Toyota SUV (codename: D22) will be built at Toyota’s second plant in Bidadi, Karnataka. Moreover, while the Toyota Glanza and Urban Cruiser followed their respective Maruti counterparts after a considerable time gap, these two SUVs will be launched in quick succession, just before Diwali this year.

While the Baleno, Glanza, Brezza and Urban Cruiser use Maruti’s ‘Smart Hybrid’ mild-hybrid technology, the new midsize SUVs will use strong hybrid tech similar to what’s found in the Camry. This essentially means, with enough charge in their battery, the SUVs will be able to run on electric power alone for short bursts, which should give them a huge advantage on fuel economy in city driving especially, and make them a unique prospect in the segment. The Maruti mild hybrid system on current models only includes engine stop/start and a mild electric boost to the petrol powertrain.

As far as features go, the two Japanese brands would not want to get left behind in this pocket of the market where customers have now gotten used to upmarket features, thanks mainly to the efforts of Hyundai and Kia. Expect the Maruti Suzuki YFG and Toyota D22 to come with competitive equipment lists.

After the market response to the Maruti Suzuki S cross over its life cycle, the brand wants to be sure of a stronger showing with its next midsize SUV entry. It’s no surprise, then, that the brand would go down this route rather than simply introduce the new-gen Suzuki S cross to India, which though far more upmarket, still has the look of a hunkered down crossover, rather than an SUV, and thus would likely suffer the same image problem here.

With the Toyota collaboration and the use of the cost-conscious and modular DNGA platform, Maruti can start with a clean slate in this segment, and Toyota too can get in on the action. Moreover, Toyota is a pioneer of strong hybrid tech, and is probably the best geared to make it work in a more cost-effective package.

The Maruti-Toyota mid-size SUVs will undoubtedly be the most important products for both brands this year, but they will not be the only new models launching this year. Maruti will be launching heavily updated versions of the Baleno and Vitara Brezza, and subsequently, Toyota will likely follow suit with corresponding updates to the Glanza and others including its version of the Ertiga.

Will the Maruti-Toyota mid-size SUVs make a dent in the Creta’s segment dominance? Let us know what you think in the Comments section below.