Market launch and price announcement for the Tata Altroz to take place in January 2020. 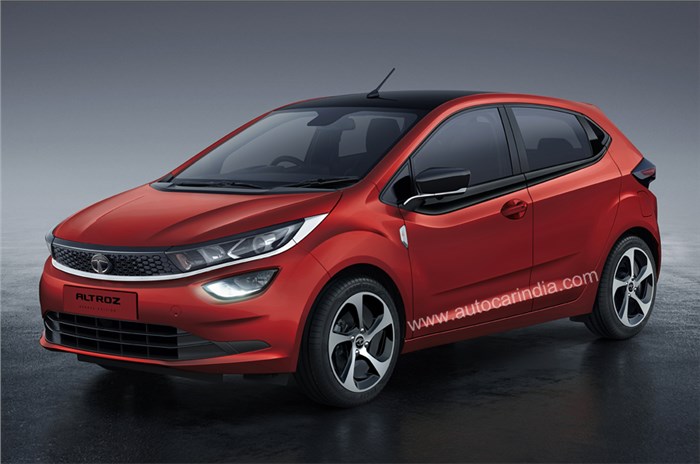 Tata dealer outlets across India will begin accepting pre-bookings for the upcoming Altroz hatchback from December 4, 2019. The booking amount for the Altroz will be set at Rs 21,000. The Altroz in its India-spec will most likely be unveiled on the same day, with dispatches for customer display vehicles and test drive cars also set to begin around the same time. The official price announcement for the Altroz will take place in January next year.

The company had begun its marketing activities a few days ago and has already commenced mass production of the Altroz hatchback at its Pune plant. While the Altroz was initially expected to launch around July 2019 with BS4 engines on offer, the company later decided to introduce the model with BS6 engines right from the word go, which is why Tata pushed the market launch of the Altroz to January 2020.

The Altroz made its world premier earlier this year at the Geneva motor show and is one of the newer Tata models that features the brand’s Impact 2.0 Design language. The premium hatchback was first previewed in concept from back in 2018 at the Auto Expo in New Delhi. The Altroz is also the first Tata product to use the new ALFA (Agile, Light, Flexible and Advanced) platform. This architecture is one of two platforms that will form basis of most future Tata cars and SUVs.

On the inside, the Altroz gets a stylish interior, replete with a 7.0-inch free-standing touchscreen infotainment system. It will get soft touch materials and multiple textures that should add to its premium feel. The model will also feature ambient lighting and other app-based features to name a few other creature comforts expected.

Three BS6-compliant engine options will be on offer with the Altroz – an 85hp, 1.2-litre petrol; a 102hp 1.2-litre turbo-petrol; and a 90hp, 1.5-litre diesel. As far as gearbox options go, a 5-speed manual will be standard at launch, with automatic transmission variants joining a little later.

On December 4, the company will also announce the variant breakup, colour options and deliver schedule for the Altroz. Expect Altroz prices to start at around the Rs 5 lakh mark and go up to Rs 8 lakh (ex-showroom). Key rivals to the new Tata Altroz hatchback include the recently launched Toyota Glanza, Maruti Baleno, Honda Jazz and the popular Hyundai i20 – an all-new next-gen version of the Hyundai premium hatchback is also expected to launch sometime next year.

2020 is expected to be a busy year for Tata. There's two launches expected in the first few months of the next year - the seven-seat Tata Gravitas SUV and the Tata Nexon EV