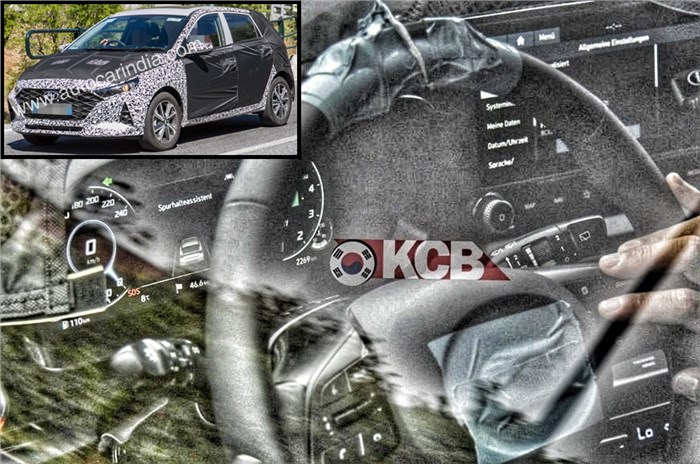 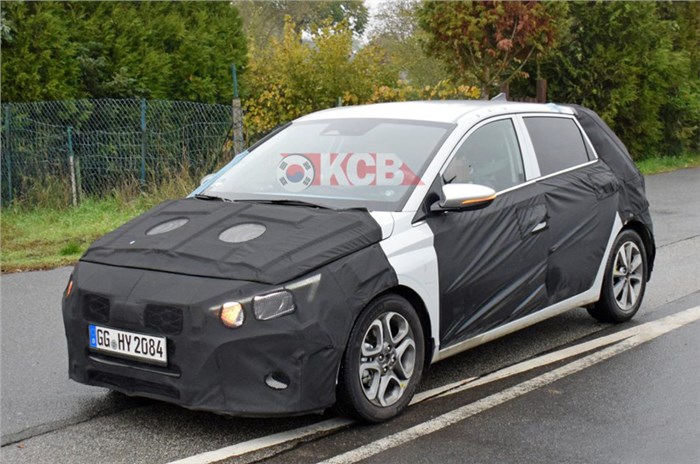 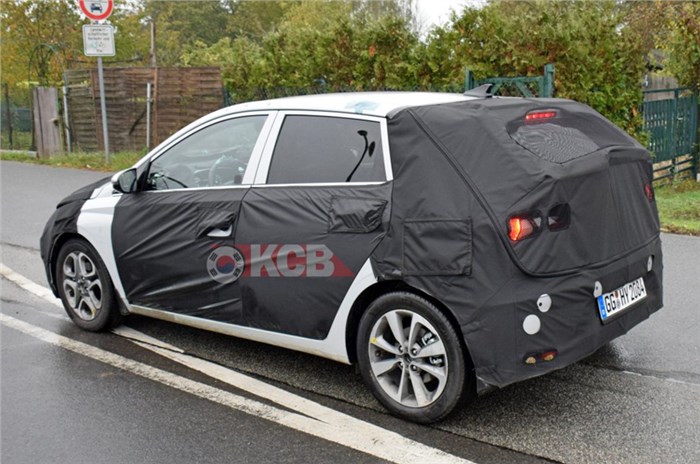 New spy pictures of the next-gen Hyundai i20’s interior have confirmed that it will have a digital instrument cluster as well as a sizeable high-set touchscreen infotainment system. The former corroborators our previous report that the next-gen i20 will come with a full-digital instrument cluster, similar to the one seen on the new ix25 (new Creta) that went on sale in China earlier this year.

The layout of the digital instrument cluster is somewhat similar to that on the ix25, with two dials – one for the speedo and one for the RPM – flanking a central area that displays various parameters of the hatchback. However, the unit is more rounded than the one on the ix25 and gets more conventional-looking dials with digital needles indicating speed and RPMs.

Other details seen in the images include a new multifunction steering similar to those on other newer Hyundai, along with a high-set touchscreen infotainment system and an auto climate control unit down below. On the whole, the layout is quite similar to the new Grand i10 Nios’.

We had previously reported that Hyundai is bringing its dual-clutch automatic gearbox to the next-gen i20. The Venue comes with a 120hp, 1.0-litre turbo-petrol motor that comes paired to a 7-speed DCT automatic, and the same combination is expected in the new i20 too. Additionally, Hyundai will continue to offer a diesel engine but the current model’s 90hp, 1.4-litre diesel unit will make way for a new 1.5-litre one. While this is the same motor under the bonnet of the Kia Seltos, it will be in a lower state of tune here.

The new i20 will rival the Maruti Suzuki Baleno and the Honda Jazz when it arrives in India.