Tucson N Line gets cosmetic updates to give it a more sporting look; engine line-up unchanged from standard SUV. 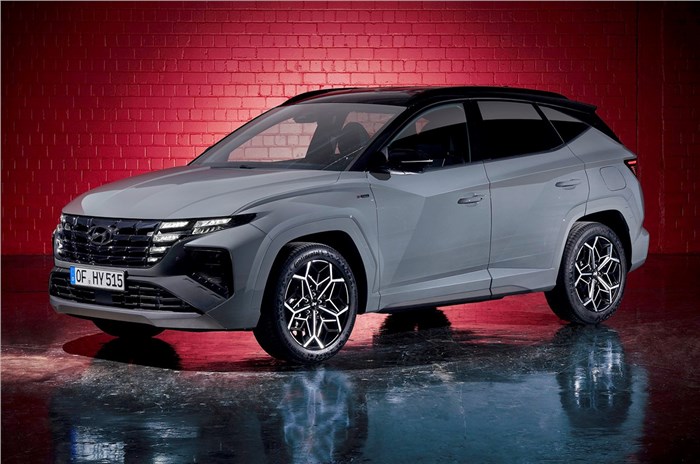 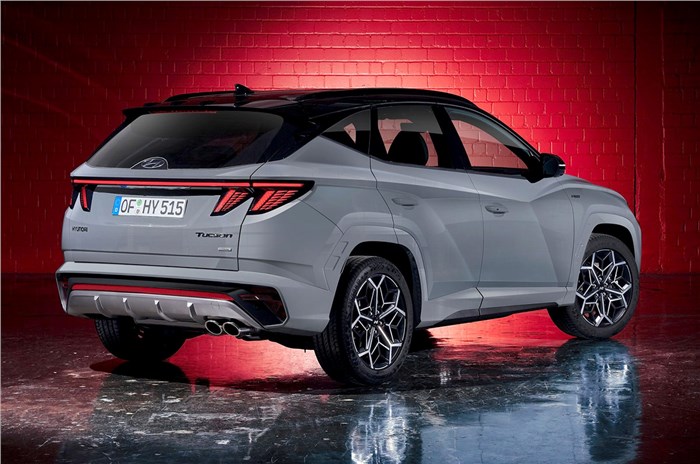 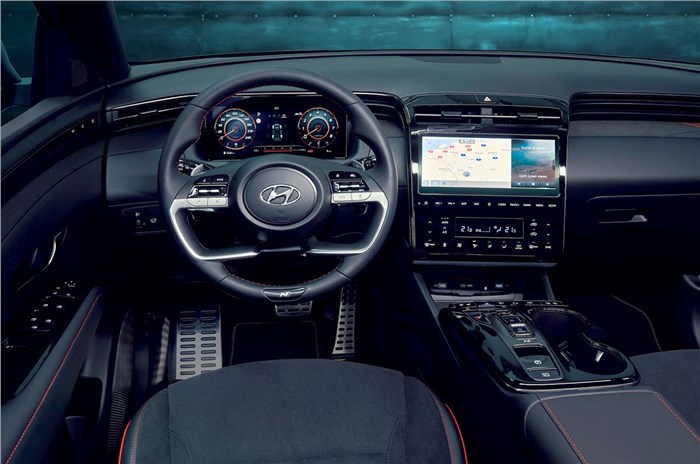 On the outside, the front grille has been made longer and wider and extra details are added, including the N Line badge. The front and rear bumpers are bigger than on the standard Tucson, too.

Additionally, an elongated aerodynamic spoiler has been fitted to the N Line’s rear, alongside a red reflector band and diffuser, and also gets “aggressive” twin tip exhausts. The N Line also gets the option of a dual tone paint shade and a ‘Shadow Grey’ coat that is exclusive to this sportier variant.

The styling additions continue inside, where Hyundai has ushered in red stitching, N logos and racier metal pedals, footrest and door steps.

In terms of suspension, the N Line is broadly unchanged from the standard Tucson if not equipped with the optional Electronically Controlled Suspension – the company’s name for its adaptive suspension. The adaptive suspension has been retuned to provide “even more driving fun”.

Also, as with the standard Tucson, the N Line sports several powertrains. These include 150hp and 180hp 1.6-litre turbo-petrol mild-hybrid petrols, a 230hp petrol hybrid and the 2021 Tucson’s new 265hp plug-in hybrid. THe Tucson N Line will also be available with a 136hp 1.6-litre diesel engine option.

The Tucson N Line, alongside the new standard model, will be delivered to customers in Europe in the coming months, with the hybrid and plug-in hybrid variants to follow.

Hyundai is considering its N Line models for the Indian market with the first car expected to be the i20 N Line that made its international debut last year. Compared to the standard i20, the N Line model gets sportier looks and a revised suspension but continues to use the same engine as the standard hatchback. Also being considered is the full-blown i20 N hot hatchback.

Coming to the Tucson, Hyundai only last year launched the facelifted third-gen SUV in India, and there is currently no word on when the new fourth-gen model will arrive. The third-gen Tucson too gets an N Line variant in some international markets but it remains to be seen if this variant will be considered for India.