The new i20 N will sit right at the top of the global i20 line-up and is powered by a 1.6-liter turbo-petrol engine. 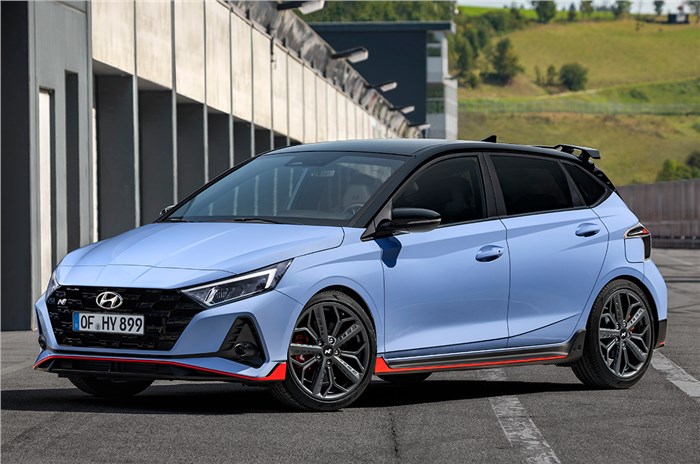 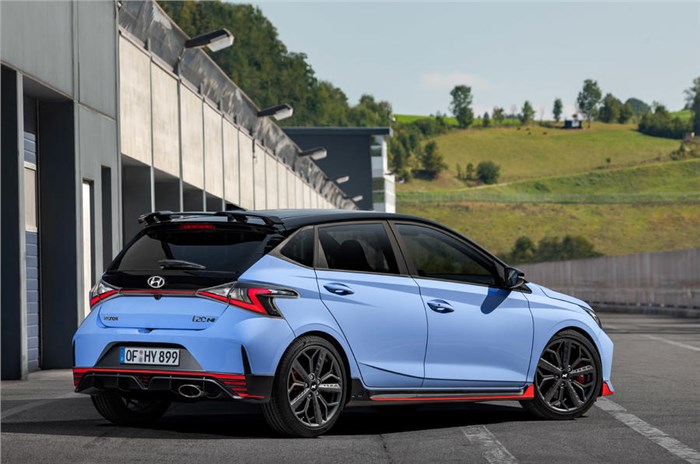 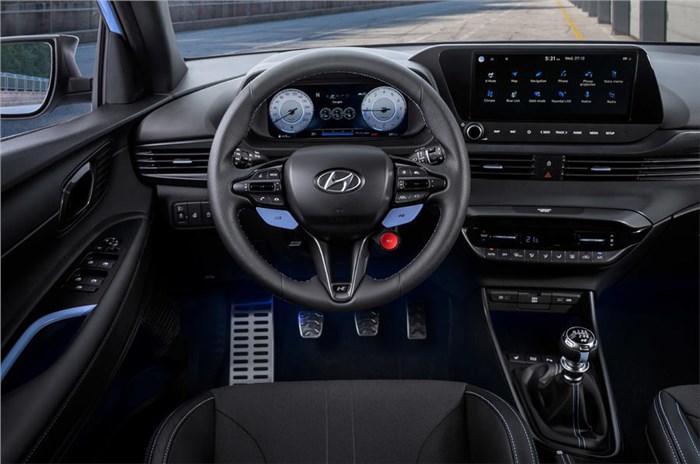 The Hyundai i20 N has been finally revealed as the brand's smallest high-performance hatchback. We tell you more about it.

The new i20 N is the most powerful iteration of Hyundai's premium hatchback. The carmaker says that the sporty i20 N takes inspiration from the brand's successful i20 World Rally Championship (WRC) car.

The new engine uses an uprated turbocharger and intercooler, plus a 350 bar fuel-injection system and Hyundai’s new Continuously Variable Valve Duration (CVVD) technology. CVVD is claimed to boost both, performance and fuel efficiency compared with a traditional setup.

A 6-speed manual is the only gearbox of choice and uses rev-matching tech for smoother downshifts. Launch control also features and an optional mechanical limited-slip differential (called N Corner Carving Differential) allows the front wheels to make the most of the power on offer.

Hyundai has retuned and uprated the chassis of the standard new i20 for the N model, resulting in a number of redesigned components and geometry changes. The steering is specially calibrated, too, and the front brakes are 40mm larger than the standard car’s.

Like the bigger i30 N, the i20 N offers substantial driving mode customisation via what Hyundai calls the N Grin Control System. Five modes, including a custom setting, allow drivers to adjust the engine response, stability control, transmission, steering and exhaust sound parameters. The last of these includes both, a valve for the exhaust and, internally, a sound generator to enhance noise.

As far as looks go, the i20 N gets a redesigned bumper with larger intakes, a red-accented lip spoiler and N badging, while red detailing extends to the enlarged side skirts and the chunky faux rear diffuser. A large single-exit exhaust features, but the most noticeable rear addition is a downforce-boosting roof spoiler. Seven exterior colours options are available and matt grey wheels cover N-branded brake calipers.

On the inside, there are new sports seats with integrated headrests, along with N branding for the steering wheel, gear knob and pedals. Black is the sole available colour, but there are accents in Hyundai N’s Performance Blue throughout.

Will the Hyundai i20 N come to India?

While there is no news of the hot Hyundai i20 N making it to our shores, we can confirm that the next-gen i20 in standard guise will see a price announcement in the coming days. While the India-spec new i20 could have a 120hp 1.0 turbo petrol as its most powerful engine, Hyundai could bring the sporty i20 N line to our shores.  Read more on that here.

2020 Hyundai i20 interior spied ahead of India launch