Two-door EV to be based on the Wuling Hongguang Mini; expected to have a 20kWh battery and 150km range. MG could spring a surprise, price it below Rs 10 lakh. 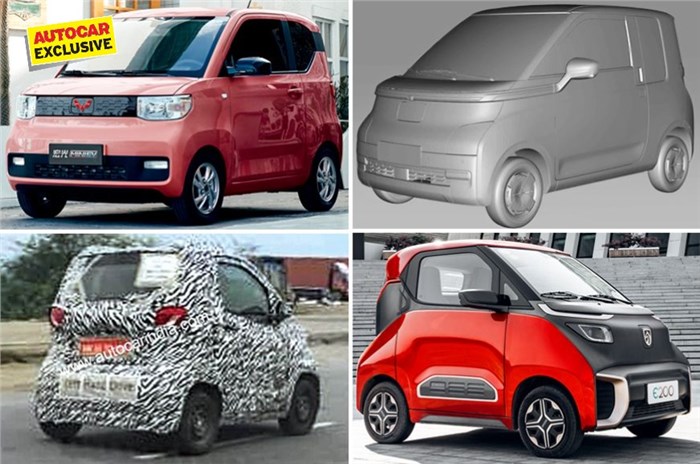 MG Motor India is developing an all-electric, two-door model for an early 2023 launch. Dubbed the E230, the EV will be a global product and India will be one of the first few markets to get it. The upcoming model will expand the company’s electric car portfolio, which, for now, includes the facelifted ZS EV. Notably, MG has ambitious cost targets for its new model and is expected to price it lower than any other electric car currently on sale in India.

With the ZS EV priced between Rs 21.99 lakh-25.88 lakh (ex-showroom, India), MG has the premium end of the mainstream car market covered. But now, the carmaker wants to target the bottom of the pyramid and focus on the high volume segment, which is where the E230 will be positioned.

The upcoming MG EV will be based on SAIC-GM-Wuling’s Global Small Electric Vehicle (GSEV) platform that already underpins vehicles like the Baojun E100, E200, E300 and E300 Plus, as well as the Wuling Hongguang Mini EV in the Chinese market.

Notably, all these models are two-door vehicles – a body style that will be carried over to the India-spec MG EV as well. Another point that stands out is that vehicles based on the GSEV platform have a compact footprint. To put things in perspective, the Hongguang Mini EV stretches the tape at just 2,917mm in length, 1,493mm in width and 1,621mm in height, with a wheelbase of 1,940mm – this, despite the Hongguang having four seats. These dimensions make the EV shorter in length than even the Maruti Suzuki Alto.

Given the incredible success that the Hongguang has found in China, it could have been an obvious pick for India as well. However, we can confirm that MG is working on another, closely related model – the E230 – for the Indian market. The E230 shares its GSEV underpinnings with the Hongguang, but has a longer wheelbase. This will liberate more rear seat legroom in the vehicle, though it will essentially still have a two-door, four-seat form factor. 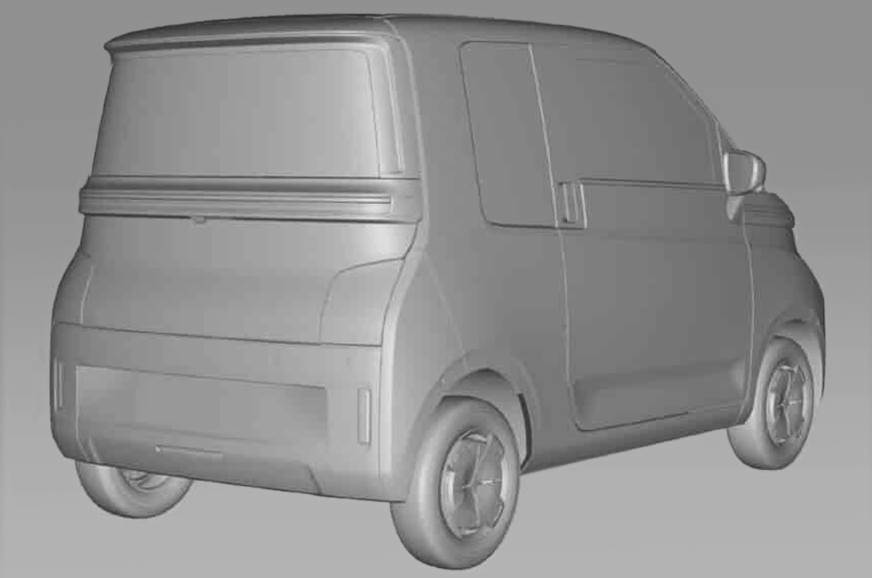 E230 patent images leaked online show its form factor, and that it will be longer than the Wuling Hongguang Mini EV.

The carmaker has already teased its upcoming EV for our market. In an official statement last year, MG Motor India president and managing director, Rajeev Chaba, had said that the company’s next launch will be an “electric crossover based on a global platform”. He’d further added that the EV will be launched by the end of financial year 2023, and that it will be “customised for range, and Indian regulations and customer tastes”.

Expect the E230 to come equipped with ABS, EBD, rear parking sensors and dual front airbags. Moreover, the GSEV platform is also capable of incorporating connected car functionality. And with MG heavily focusing on tech in India, expect it to load its EV with a fair few features.

Company chief Chaba had also noted that the model will be “a mass market EV for all the emerging markets, including India.”

As per our sources, MG’s E230 for India will be equipped with a 20kWh battery pack, giving it an estimated 150km of range. For reference, the Hongguang Mini EV gets either a 9.3kWh battery or a 13.9kWh unit.

Longer in beam, the E230 is also expected to be equipped with a more powerful motor, likely a 54hp version, compared to the Hongguang that gets a rear-mounted 27hp e-motor.

And though MG has officially said that its upcoming EV for India will be priced in the Rs 10 lakh-15 lakh range, we expect it to spring a surprise by pricing the EV below the Rs 10 lakh mark (estimated, ex-showroom), making it cheaper than any other passenger electric car currently on sale in India for private buyers.

For now, the Tata Tigor EV retains that title. Priced from Rs 11.99 lakh-13.14 lakh (ex-showroom, India), it comes with a 26kWh battery pack capable of delivering an ARAI certified driving range of 306km.

MG’s upcoming EV won’t be the first instance of an electric two-door in India. Buyers are already familiar with the Reva, which gave way to the Mahindra e2o (and later, the four-door e2o Plus). Most will also remember that these vehicles failed to make an impact on the market. Then how does MG plan to buck the trend?

First off, the Reva and Mahindra products were introduced in an age where EV technology was still in its nascency and had sub-optimal performance and a range of 70-80km at best. What also didn’t help was their premium price tag. And then, awareness, as well as adoption, of electric vehicles was incredibly low.

Fast forward to 2022, and EVs are getting widespread attention. Various states are pushing EV sales by providing subsidies on electric passenger vehicles. And then EV technology has improved by leaps and bounds.

With clear advantages, like a low running cost, less maintenance and a green image, Tata’s Nexon EV, for example, is drawing in customers who otherwise wouldn’t have considered buying a Nexon.

Moreover, there is also a greater acceptance of the two-door body style. Though positioned in a completely different segment, the second-gen Thar is flying off the shelves and Mahindra can’t make enough of them. Yes, chip shortage has had a considerable role in this, but there is a high demand for the Thar, nonetheless.

As such, the Indian customer seems to have evolved over the years – nuclear families are more common, an increasing number of vehicle owners are self-driving and more people are becoming mobile at a younger age.

The MG E230 EV will be meant for short hops and not long-distance travel. Easier to park and convenient to run, the vehicle is expected to find more usage from a younger demographic. It can, then, be the second or the third vehicle in the family.

Even in China – the largest car market in the world – the concept of an affordable, two-door electric vehicle has found a phenomenal response. Sedans, and increasingly SUVs, have generally been the bestsellers in the Chinese market, and buyers there are known for their interest in greater rear-seat legroom. Still, the diminutive Wuling Hongguang Mini EV – with prices starting as low as $4,200 (around Rs 3.15 lakh) – has quickly become the bestselling EV in the country, even beating the Tesla Model 3 and Model Y to the crown.

So, can MG start a new revolution in India, too, with its upcoming two-door EV? While the automaker would certainly like to believe so, it isn’t resting all its hopes on the E230 alone. With battery electric models like the MG 5 estate, Marvel-R SUV and a yet-to-be unveiled hatchback (widely rumoured to be called the MG 4) in its global portfolio, expect the brand to launch a salvo of five to six new EVs in the Indian market by 2030.

Will you pick the two-door MG E230 over a more conventional format of an electric car? Let us know in the comments below.