On World EV Day, we examine what each Indian state has to offer as they rush to plug into the EV race. 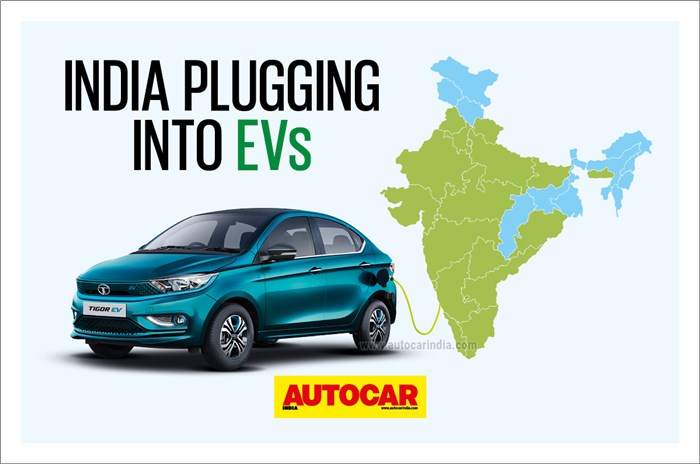 The eventual shift to electrification in the automobile industry is quite clear, however, compared to the rest of the world, progress in India has been much slower. Of the many concerns impeding a faster adoption, the front runners are a high price, a feeble charging infrastructure and a lack of large-scale domestic manufacturing.

To remedy this, the central government came out with the FAME (Faster Adoption and Manufacturing of (Hybrid &) Electric vehicles) policy in 2015, followed by the FAME II in 2019.

To thus build on this and seize an opportunity, states are rushing in to announce their own policies designed to jumpstart the adoption and manufacturing of EVs in the state. We take a closer look at what each state has to offer.

For now most states have either notified or drafted their own EV policies and while the Centre has exempted EV registration charges throughout the country, a majority of the states have already gone a step further by waiving off road tax on battery electrics.

Charging infrastructure is another aspect that is being given due prominence. Private players are being incentivized to set up public charging networks, with new residential and commercial complexes being mandated to have EV-ready parking with charging facilities.

Individual state policies, however have some difference too. While some are bending over backwards to boost demand for electric scooters and cars, others have chosen to promote EV manufacturing instead, at least for now.

Maharashtra, Delhi and Gujarat are handing out substantial incentives to EV buyers, even making the upfront cost of electric vehicles competitive with their ICE (internal combustion engine) counterparts in certain cases. Notably, these state subsidies are over and above those granted by the Centre under the FAME II scheme.

But how do the states manage doling out such heavy incentives? The answer is simple – the polluter pays. Many of these governments, are imposing additional road tax on ICE vehicles, green tax on re-registration of old vehicles, cess on petrol and diesel and a congestion fee on ICE cabs to fund their EV ambitions.

On the other hand, southern states, among others, are primarily targeting electric vehicle production instead. Tamil Nadu, Andhra Pradesh, Telangana and Karnataka are each aiming to attract thousands of crores of investment from EV makers in the next few years by providing them subsidies on capital investment, taxes, power tariff and so on.

Governments all over the country, then, seem to be really warming up to the idea of electric vehicles. Will the consumers follow suit? 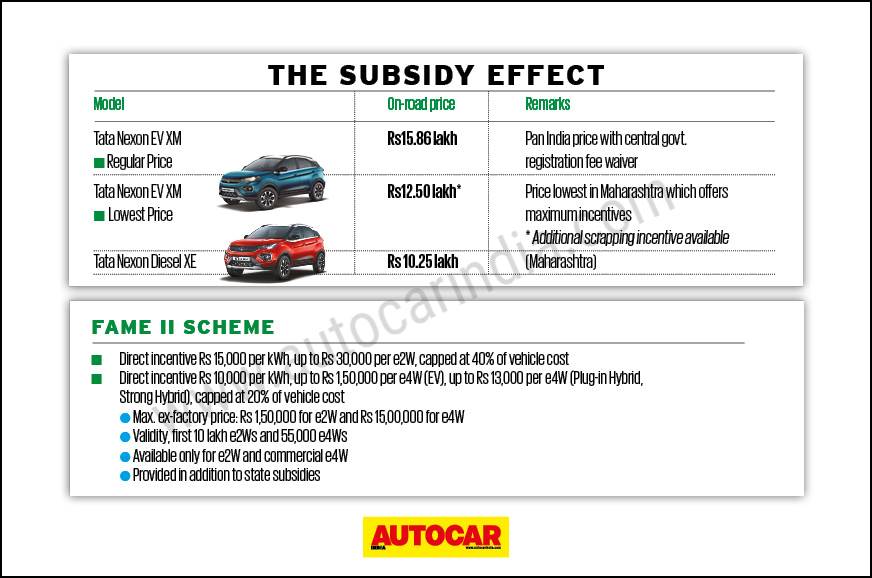 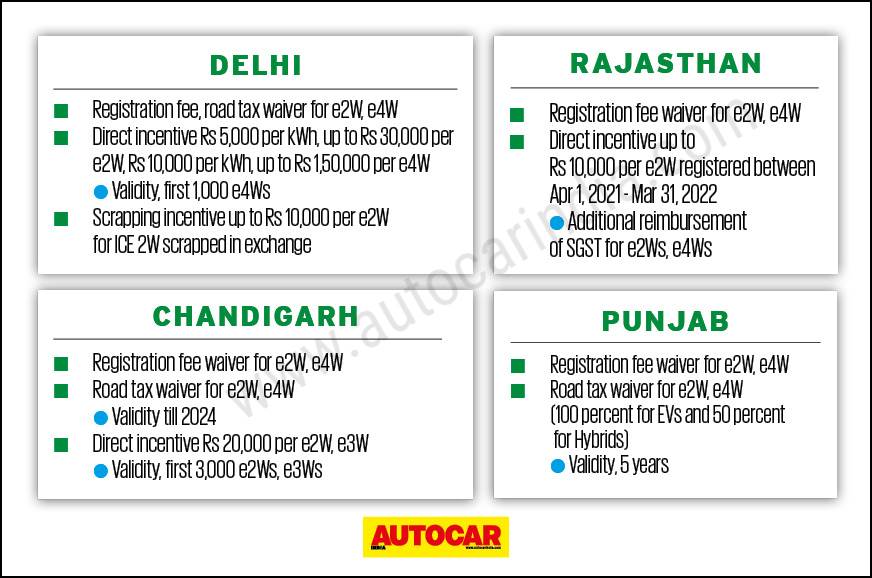 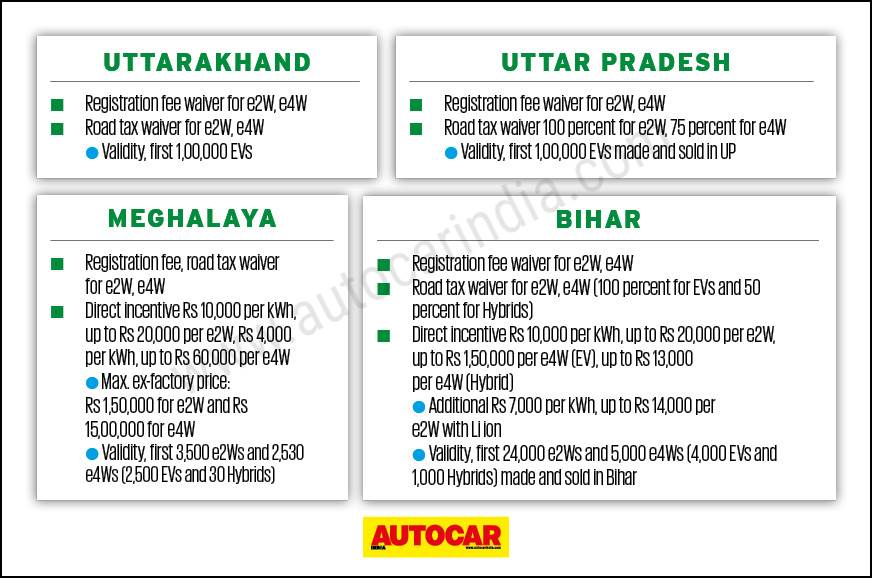 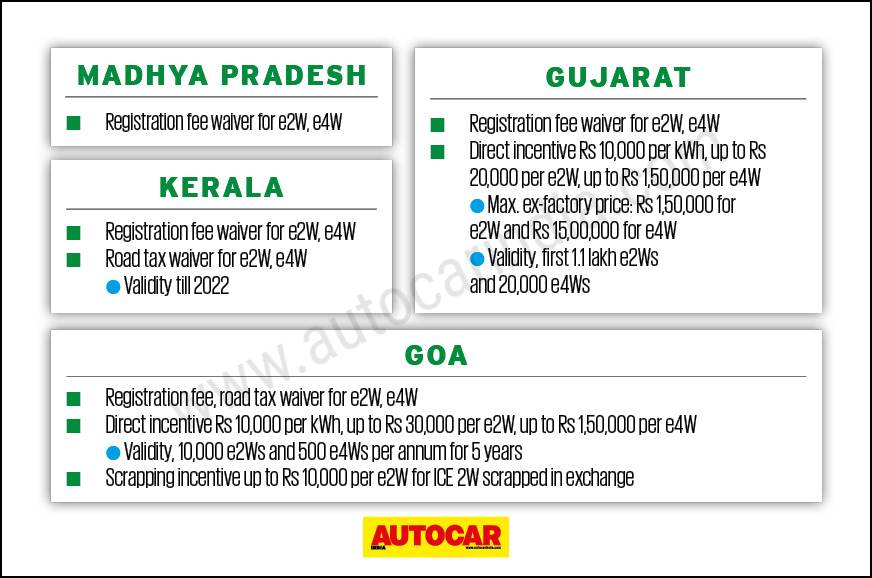 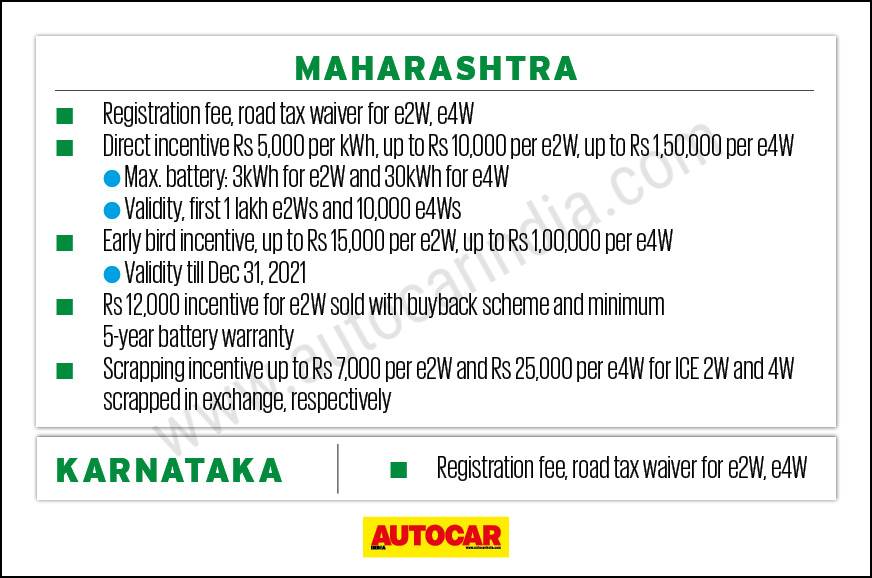 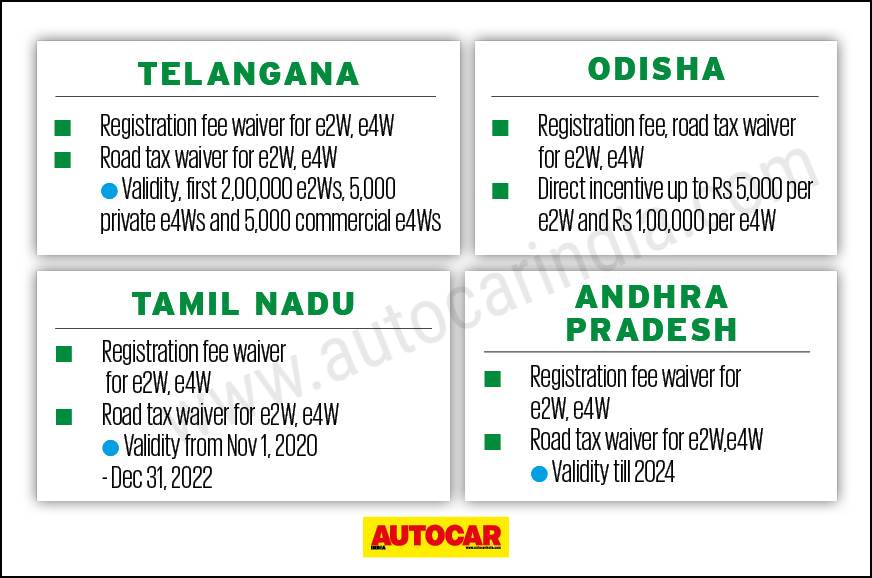