Phase 2 of the Indian Government’s electric mobility schemes gets an allocation of Rs 10,000 crore for three years; set to implemented from April 1, 2019. 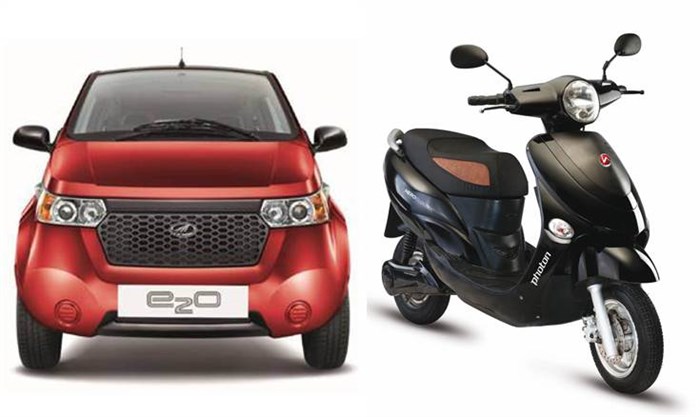 Electric mobility in the country has just received a huge boost by the government. The Union Cabinet, chaired by Prime Minister Narendra Modi, has approved the proposal for implementation of  'Faster Adoption and Manufacturing of Electric Vehicles in India Phase II (FAME India Phase II)' for promotion of electric mobility in the country. The scheme, with total outlay of Rs 10,000 crore over the period of three years, will be implemented from April 1, 2019. This scheme is the expanded version of the present FAME India 1, which was launched on April 1, 2015, with total outlay of Rs 895 crore.

FAME India Phase II aims to encourage faster adoption of electric and hybrid vehicles by way of offering upfront incentives on purchase of electric vehicles and also by establishing necessary charging infrastructure for EVs, which is critical if e-mobility is to take root in the country.

- The emphasis is on electrification of public transportation, including shared transport.

- Demand incentives on an operational expenditure model for electric buses will be delivered through State/City transport corporation (STUs).

- For the electric three-wheeler and four-wheeler segments, incentives will be applicable mainly to vehicles used for public transport or registered for commercial purposes.

- In the electric two-wheeler segment, the focus will be on private vehicles.

- To encourage advance technologies, the benefits of incentives will be extended to only those vehicles that are fitted with advanced batteries – like lithium-ion and other new-technology batteries.

- The scheme proposes for establishment of charging infrastructure, whereby about 2,700 charging stations will be established in metros, other million-plus cities, smart cities and cities of hilly states across the country, so that there will be availability of at least one charging station in a grid of 3x3 km.

- Establishment of charging stations are also proposed on major highways connecting major city clusters. On such highways, charging stations will be established on both sides of the road at an interval of about 25km each.

The sizeable outlay for incentivising electric mobility in the country is just what EV manufacturers have been wanting and have welcomed it.

Commenting on the FAME II scheme, Dr Pawan Goenka, managing director, Mahindra & Mahindra said, “We applaud the approval of FAME II scheme by the Union Cabinet. The new outlay of Rs 10,000 crore over a period of three years provides a stable policy to promote green mobility in India. It addresses the key issues including national energy security, mitigation of the adverse impact of vehicles on the environment and growth of domestic technology and manufacturing capabilities. The revised FAME II removes all the uncertainty and will put electric vehicles in the fast lane. Mahindra supports the Central Government’s focus to boost EVs in public transportation and now requests local authorities to help facilitate plying of electric vehicles on Indian roads.

“Government support with the FAME II scheme is holistic and includes focus on charging infrastructure with a clear emphasis on ‘Make in India’. We feel that it is now the responsibility of suppliers, OEMs and mobility service providers to invest in EVs and make India's EV dream become a reality.”

The Society of Manufacturers of Electric Vehicles (SMEV), in a statement, said: “We are thankful to the government for accepting our demands for a long-term scheme with substantial fund support. The support would encourage associated industry players to invest in the sector, which will further help in creating an ecosystem, locally. We look forward to seeing the final notification from the Ministry, which will give us clarity on the government’s roadmap of e-mobility.”

Ayush Lohia, CEO, Lohia Auto, said, “The Rs 10,000 crore package will make two- and three-wheeler electric vehicles very attractive to customers as it would end up bringing down their costs compared to petrol vehicles. It will also increase the sales push, consumer acceptance and help build a customer base. We welcome the government proposal to establish EV charging infrastructure, whereby close to 2,700 charging stations will be installed in metros, other million-plus cities, smart cities and cities of hilly states across the country, which is going to give a major push to e-vehicle users."