MG Motor India will introduce a 7-seat Hector variant with a BS6 engine upgrade before April 2020. 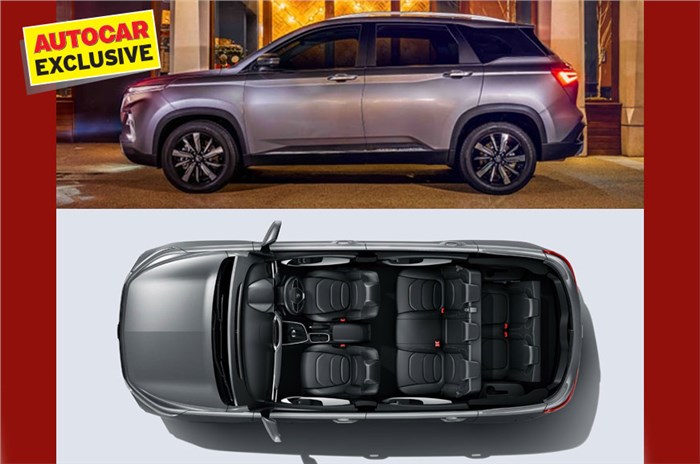 That the MG Hector is among the biggest midsize SUVs around is a known fact now. With its 4,655mm length and 2,750mm wheelbase, the Hector looks like it belongs to a segment above. Naturally, its size advantage has seen potential buyers ask an important question – can it accommodate an extra row of seats? For the moment, the Hector is a 5-seater, but that will change as the MG Motor has confirmed a 7-seater variant or three-row version of the Hector for 2020.

Speaking to Autocar India on the sidelines of the MG Hector's India reveal, Rajeev Chaba, MD and CEO, MG Motor India, confirmed the company's plan to launch the Hector with a third row of seats, closer to the BS6 emission norms April 1, 2020 deadline.

“Technically, we cannot call it a 7- or 8-seater due to its dimensions, but the Hector will get a third row of seats and that should come around the same time as the BS6 emission norms come into effect,” said Chaba.

It’s worth noting that there already is a 7-seat version of the Baojun 530 SUV, which is sold in China and is the basis for the MG Hector. There is no difference in the dimensions of the 5- and 7-seat versions, and the third row can be easily accommodated without any major modifications to the SUV. The 5-seat Hector has a massive 587-litre boot and some of that space could be used for the extra row of seats.

Revealed in full earlier today, the MG Hector gets a 10.4-inch portrait-oriented touchscreen infotainment system with a number of connectivity features, a massive panoramic sunroof, six airbags, and 17-inch alloy wheels, among other things. Engine options for the MG Hector 7-seater are likely to remain the same as the 5-seat model – a 143hp, 1.5-litre turbo-petrol; a 170hp, 2.0-litre diesel, and a 48V mild-hybrid version of the 1.5 turbo-petrol unit.