The MG eZS, which will be launched by December 2019, has been spied road-testing in India. Click to see the pictures and find out more details. 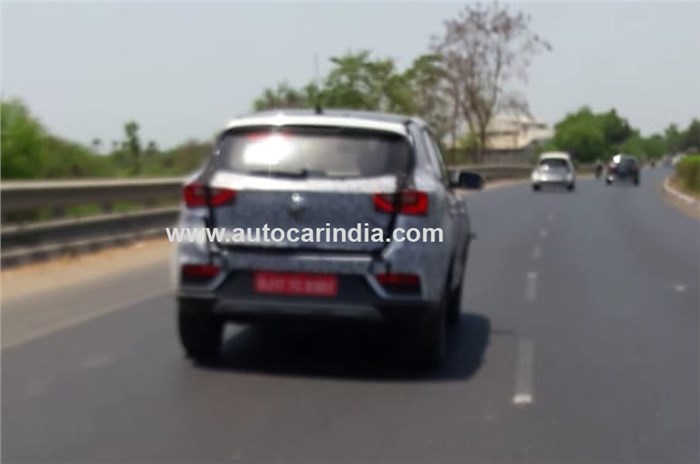 Late last year, MG Motor had expressed its intentions of launching an electric SUV in the Indian market as its second product, after the Hector. In accordance with that, the British automaker announced last month that it will be bringing its eZS SUV to our shores by December 2019. And now, a camouflaged test mule of the all-electric model has been spotted testing on Indian roads for the very first time.

For the uninitiated, the eZS is a zero-emissions electric equivalent of the conventionally powered ZS SUV, and was revealed at the 2018 Guangzhou Motor Show. In production form for the Chinese market, it looks largely identical to the standard ZS, except for an exclusive blue paint shade, unique five-spoke alloy wheels, eZS badging and a charging port under the front grille. On the inside, it gets a large panoramic sunroof and touchscreen infotainment system. For India, MG has confirmed that the eZS will also come with the brand’s iSmart Next-Gen technology (essentially, MG’s connectivity suite).

The Chinese version of the eZS is equipped with a 150hp electric motor that can catapult the vehicle from 0-50kph in a claimed 3.1sec. The SUV is also rated, as per the NEDC cycle, to offer 335km of range on a single charge. However, it remains to be seen if MG’s electric vehicle will make it to Indian showrooms in the same powertrain configuration.

Meanwhile, the British manufacturer has just taken the wraps of its maiden offering, the MG Hector SUV, and has confirmed that it will be launched in June 2019.