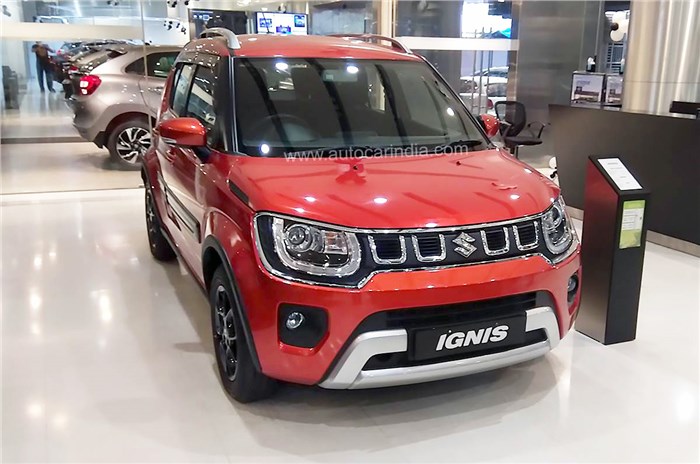 Maruti Suzuki India (MSIL) has hiked ex-showroom prices of its range of cars across the entire product portfolio(for both, Arena and Nexa), with effect from January 19.The revised prices show an uptick between 1 percent and 6 percent over the earlier ex-showroom prices in Delhi, and range between Rs 5,000 to a maximum increase of Rs 34,000, depending upon the vehicle model and variant.

Prices hiked by up to Rs 34,000 on Maruti Suzuki Arena cars

Starting with the models retailed via the carmaker’s Arena dealership chain, the entry-level Maruti Suzuki Alto has received a price hike fromRs 5,000 for the base Std trim, going up to Rs 14,000 for the VXi+ variant. Similarly, the S-Presso hatchback sees an increment between Rs 5,000 and Rs 7,000 for its CNG trims and top-end VXi AMT trims, respectively. Prices for the petrol-manual S-Presso remains unchanged.

The Celerio, which will soon be replaced, gets a hike of Rs 9,100 for the LXi (O) variant and Rs 19,400 for the VXi AMT, the Wagon R gets a substantial increase of up to Rs 23,200 across different trims.The tall-boy hatchback, which is offered in both petrol and CNG options, has received an increment of Rs 7,500 for the 1.0-litre engine variants, while the top-end VXi and ZXi AGS trims see an uptick of 4 percent in their ex-showroom prices, which have been hiked by Rs 23,200. The 1.0-litre CNG variants have also received a 4 percent price hike of Rs 20,500.

Maruti Suzuki’s popular hatchback Swift, on the other hand, has only witnessed a price increment on its base LXi trim, which is now pricier by Rs 30,000 – a 6 percent hike. Its sedan sibling, the Maruti Dzire, sees a hike between Rs 5,000 for the base variant and Rs 12,500 for the higher VXi and ZXi trims.

Meanwhile, the Maruti Suzuki Eeco, the most affordable 7-seater in the country, sees prices hiked between Rs 17,000 and Rs 23,400 for the non-commercial variants.

Moving to Maruti Suzuki’s premium Nexa portfolio, the Baleno premium hatchback has received an uptick in prices by between Rs 5,000 and Rs 25,000, while the Ignis gets an increase between Rs 3,000 and Rs 11,000.

The Ciaz sedan is pricier by up to Rs 26,000 while the XL6 MPV gets a Rs 10,000 increment on its automatic trims. The Maruti S-Cross remains unaffected by the price hike.