Top-spec versions of the Kia Sonet will get a 10.25-inch touchscreen, digital instrument readout, a Bose sound system and six airbags. 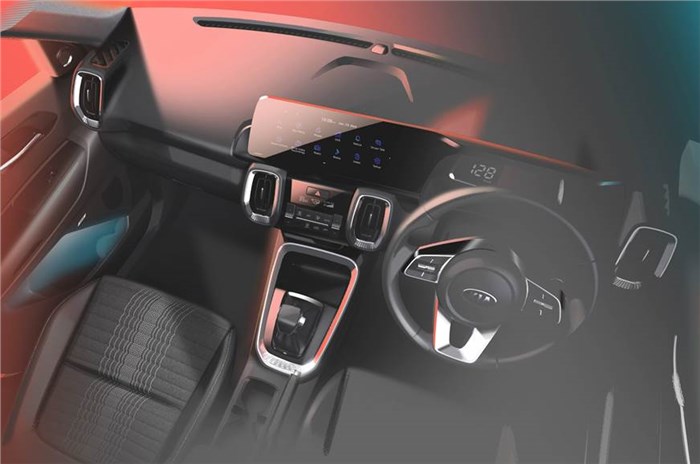 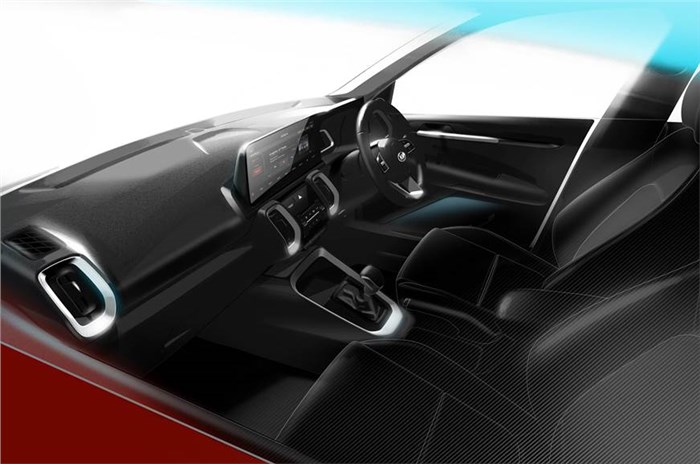 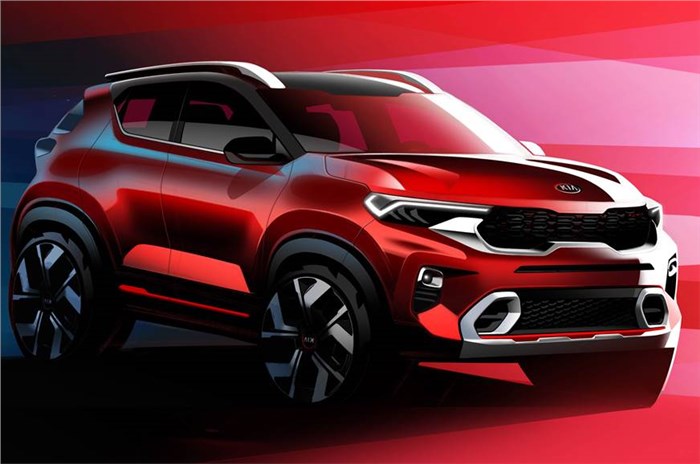 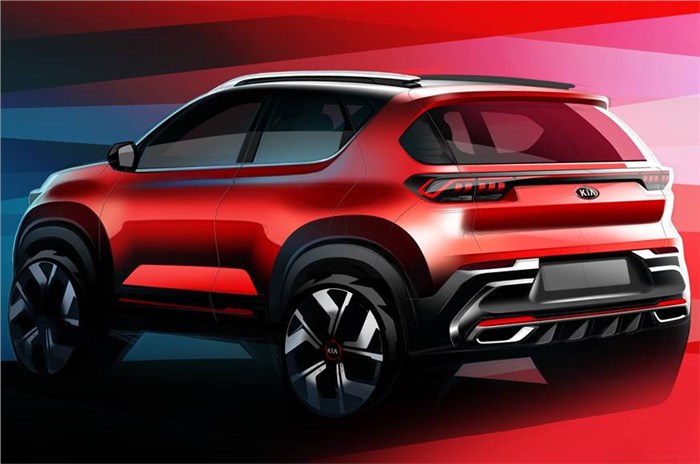 The latest in the drip-feed of teasers and promos leading up to the world premiere of the Kia Sonet on August 7, are these official sketches, which give us our first look at the new compact SUV’s interior, the exterior in a bit more detail than before, and also some of the features it’ll get.

What do the Kia Sonet interior sketches reveal?

Taking pride of place on the Sonet’s dashboard is a 10.25-inch touchscreen infotainment system with Uvo connected car tech, and it’s part of the binnacle that also houses the digital instrument readout that will be standard on higher-spec Sonets. The three-spoke steering wheel sports scroll wheels and buttons, and there’s a metallic surround with a knurled finish for the AC vents and centre console.

Positioned between the central AC vents are switches for the auto climate control system, and also visible are a centre armrest, branding for the Bose sound system and the lever for the Sonet’s automatic gearbox. Kia has also confirmed the Sonet will get drive and traction modes, ambient lighting and six airbags – front, side and curtain.

What about the production Kia Sonet’s exterior design?

The Kia Sonet showcased at the Auto Expo was a close-to-production concept, and while the exterior sketches are also an exaggeration, the production model will be largely similar in appearance save for the flush-fitting door handles, tiny wing mirrors and massive wheels.

Kia’s signature ‘Tiger Nose’ grille is flanked by LED headlights. An interesting styling detail is how the paintjob wraps up and around the C-pillar, and the Sonet’s width will be accentuated by large tail-lights linked by a red reflector bar. There is also a nice-looking brushed-silver scuff plate at the front and a faux diffuser at the rear.

What will the Kia Sonet’s engine and gearbox options be?

Engine options for the Kia Sonet will be borrowed from the Hyundai Venue – a 1.0-litre turbo-petrol, a 1.2-litre petrol and a 1.5-litre diesel will be on offer.

In addition to a 6-speed manual gearbox, the Sonet is also set to get an intelligent manual transmission (iMT), first seen on the Hyundai Venue iMT launched recently. The iMT is likely to be the second transmission choice for the Sonet 1.0-litre turbo-petrol, with the first option being a 7-speed dual-clutch automatic gearbox. Interestingly, the Kia Sonet diesel is also set to come with the option of a 6-speed automatic transmission.

When will the Kia Sonet’s India launch take place?

The production-spec Kia Sonet launch in India will take place in September, following its unveil on August 7. Expect the Kia Sonet’s price to be in the range of Rs 7-12 lakh (ex-showroom).

Think the Kia Sonet will have what it takes to reign supreme in the compact SUV space? Let us know in the comments.