Seltos X Line sits at the top of the range; gets unique cosmetic bits inside out. 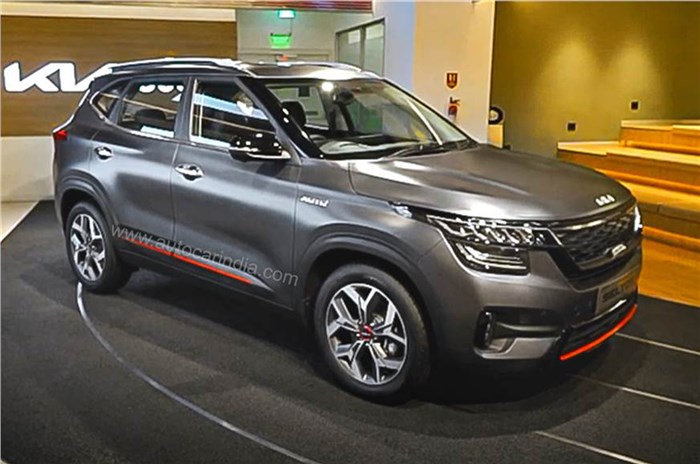 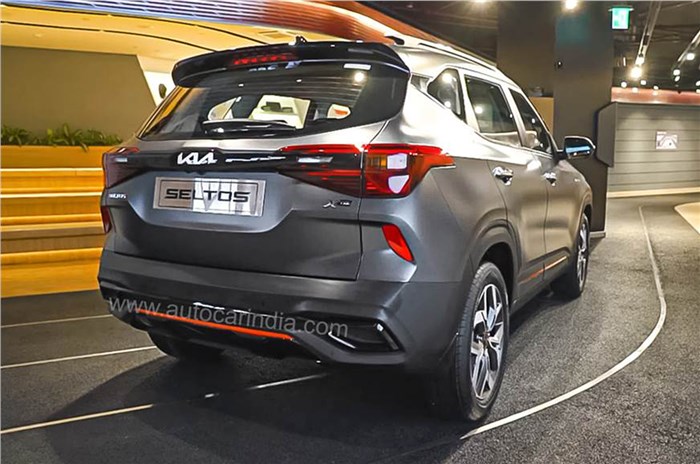 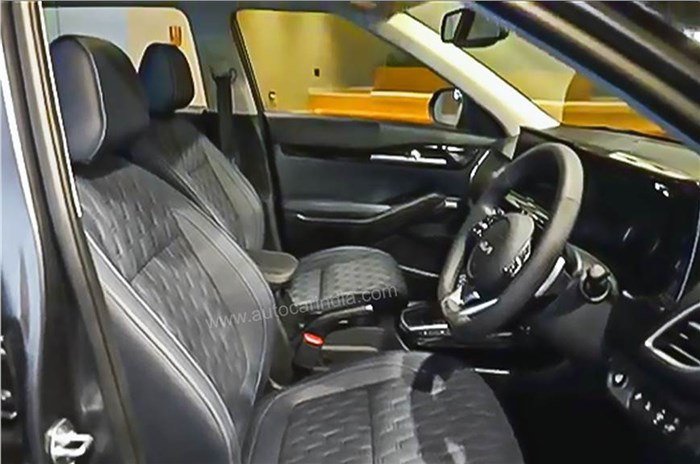 Kia India has released a first set of pictures and details of the new Seltos X-Line. This new range-topping version is inspired the Seltos X-Line concept that was showcased at the 2020 Auto Expo. Essentially featuring cosmetic upgrades over the standard SUV, the Seltos X-Line will officially go on sale in September 2021.

Think of the Seltos X-Line as a blacked-out version of the standard SUV, similar to the Tata Harrier Dark Edition. The biggest highlight of this special-edition Seltos is that it wears a new matte graphite paint option that’s complemented by several gloss black and orange accents all around. The matte graphite paint is exclusive to the X-Line model and is very similar to the original X-Line concept.

Up front, the grille on the Seltos X-Line gets a matching matte graphite finish for the internals, complimented by a piano black frame. The silver skid plate on the bumper has also been replaced with a piano black trim with orange accents. There are new piano black accents around the LED fog lamps as well.

Over to the sides, the Seltos X-Line gets orange accents on the side door garnish and centre wheel caps. Meanwhile, the ORVMs have been meted out the piano black treatment. A major highlight of the X-Line model is that it rides on larger 18-inch alloys. At the rear, the chrome garnish on the tailgate has been blacked out. The rear bumper also gets a new gloss black finish for the faux exhausts and a blacked-out skid plate with an orange highlight. Lastly, there’s a new X-Line logo on the tail gate as well.

On the inside, the biggest and the only major update on the Seltos X-Line is that it gets Indigo Pera leatherette seats with honeycomb pattern and grey stitching. The dashboard is finished in a dual-tone black and grey theme. The equipment list is otherwise identical to top-spec GT Line trims of the standard Seltos.

There are no mechanical upgrades on the Seltos X-Line over the standard SUV. Kia is offering the 1.4-litre turbo-petrol and the 1.5-litre diesel engines with the Seltos X-Line, but only with automatic gearbox options.

The standard Kia Seltos is priced from Rs 9.95-17.65 lakh (ex-showroom, Delhi). Expect the Seltos X-Line to cost a decent premium over the regular model. Interestingly, this is Kia’s second shot at a special edition of the Seltos, following the Seltos Anniversary Edition last year, although this is not likely to be a limited-run model. Price announcement for the Kia Seltos X-Line is expected in September.