Sonet, Seltos with new logo and more features to launch by early next month. 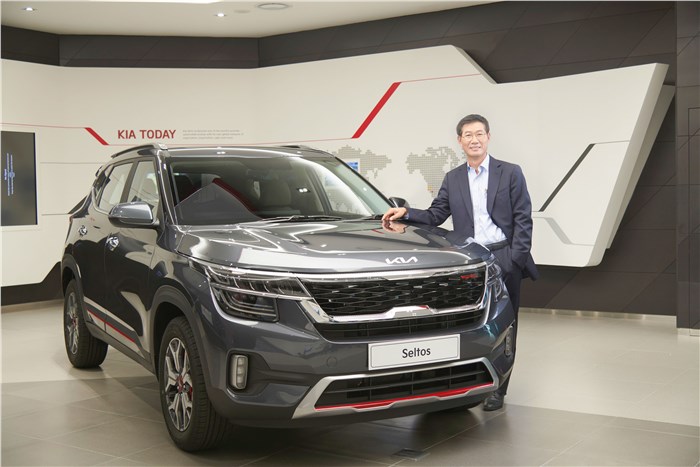 Kia Motors India has now become Kia India. The Korean company has announced its rebranding in India, which is in line with its global plans. Kia India has revealed its new logo – just four months after it was revealed in its home market of South Korea – and confirmed that new models for India with this logo will arrive in the first week of May.

The updated Kia Seltos sports the new logo and is expected to come with a revised line-up and more equipment. As we had reported earlier, the Seltos will get an iMT gearbox option, along with equipment such as paddle shifters and upgrades to the infotainment system that includes a wider variety of voice commands. More details regarding the 2021 Seltos will be revealed in the first week of May.

Prices for the 2021 Kia Sonet are also expected to be in the same week. The updated Sonet compact SUV will also see revisions to its range and the addition of features.

As part of the rebranding campaign, which includes its new slogan “Movement that Inspires”, Kia India aims to expand customer touch points to 360 by the end of the year. This includes expansion into Tier III and Tier IV cities, with a total coverage of 218 Indian cities. The brand also plans to increase production at its Anantapur facility in Andhra Pradesh with a new shift.

Kia has also mentioned that it will be entering a new segment in 2022, though has not revealed more details regarding the new model.