The new model from Kia is tipped to be a seven-seater MPV based on the Seltos. 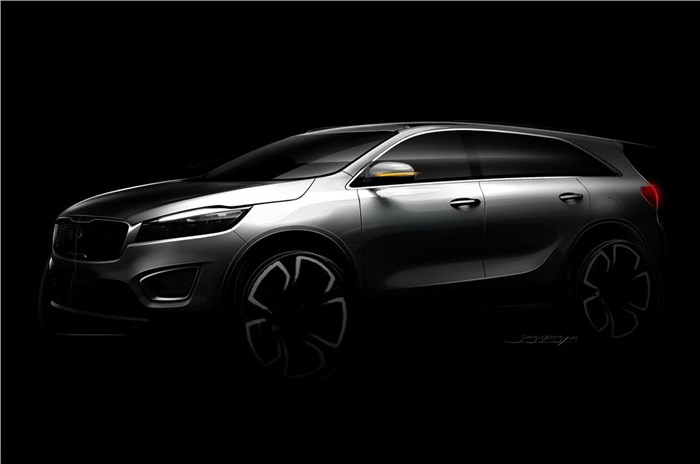 Kia India has announced that the company will enter an all-new segment in India sometime early next year. We can confirm that this new model from the Korean brand will be an all-new MPV which goes by the internal codename, KY.

Earlier today, in a media round-table, Hardeep Singh Brar, Vice President and head of Marketing & Sales, Kia India, said, "It's (seven seaters) an interesting segment. Lately, there have been a lot of discussions and a lot of new entrants in the segment. We have seen a lot of new players coming into that.”

“We, as Indians, have large families. Everyone wants to travel in a single car along with their parents and kids and that's a typical Indian family. So, a 7-seater fits in very well. The last row can be folded to provide boot space if it's not needed. So, with the kind of flexibility 7-seater vehicles provide to the consumer, surely, it is a new emerging segment which is why a lot of manufacturers have shown a lot of interest in this segment and we are also evaluating it," he added.

Kia KY MPV: What do we know so far?

The new Kia MPV will be its second MPV in India. This new model will be much cheaper than the Carnival and will be positioned between the Maruti Suzuki Ertiga and the Toyota Innova Crysta. The new Kia MPV (codename: Kia KY) will have a typical people-mover silhouette and will come with a three-row layout that will include seating for six or seven. This new MPV, as reported by us earlier, will share its platform with the Seltos and will be around 4.5m in length.

The first set of spy shots that have surfaced online do give out some hints on what to expect on the styling front. Expect the new Kia MPV to have wraparound headlamps with LED DRLs positioned above, similar to the ones seen on the Seltos. A wide ‘Tiger nose’ grille and other sharp styling features, with a mix of chrome bits. It is also confirmed by us that the model will come with 16-inch wheels and get MRF Wanderer tyres, similar to the Seltos.

Kia's 1.5-litre diesel will be the mainstay engine for the KY MPV in India while a 1.5-litre petrol will also be on offer. The KY will be one of the few MPVs in India that will be sold with both petrol and diesel powertrain options. The Maruti Ertiga is currently a petrol-only model, while the Mahindra Marazzo gets a sole 1.5-litre diesel engine; a diesel-AMT and a petrol engine are expected to join in the future.

Kia will build the KY MPV in India for domestic and export markets like Indonesia to name a few. We expect the Kia KY MPV to be unveiled later this year. The new MPV will see stiff competition in India from Maruti Suzuki when it launches facelifts for the Ertiga and XL6 that are also expected to hit the markets around the same time period.