The upcoming Kia model will be positioned between the Maruti Ertiga and Toyota Innova in the Indian market. 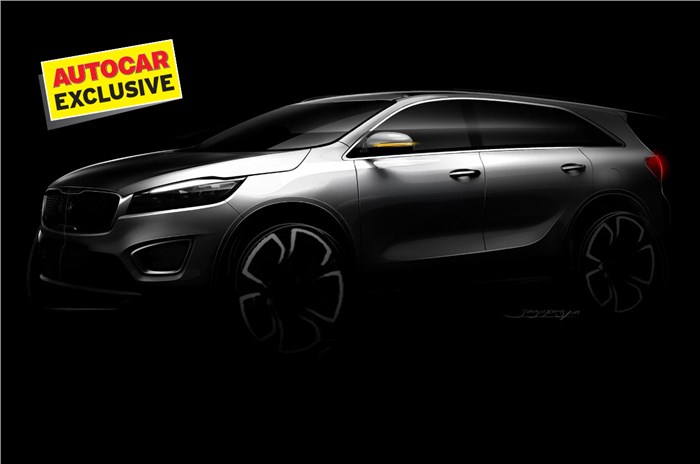 Kia Motors India is working towards expanding its presence in the MPV category in our market. After launching the Kia Carnival premium MPV earlier this year, the Korean automaker has its sights now trained on the lower segment and will launch an all-new, mid-size MPV in early 2022. The upcoming model will be made available with both, petrol and diesel engines.

Based on the Kia Seltos’ platform, the Kia MPV will be positioned between the Maruti Suzuki Ertiga (4,395mm in length) and Toyota Innova Crysta (4,735mm in length), and is expected to have dimensions similar to the Mahindra Marazzo (4,585mm in length).

For reference, in Kia’s own line-up, the MPV will be slightly bigger than the Seltos (4,315mm-long), though still a few sizes smaller than the 5,115mm-long Carnival. And as a hallmark of a capable people carrier, the model is expected to have adequate space for seven seats.

In terms of styling, expect the Kia MPV to follow the company’s latest design language, replete with the brand’s signature ‘Tiger Nose’ grille and sharp headlamps.

In addition to an edgy styling and a variety of powertrains, a fully-loaded equipment list is something that has found much favour in the Kia Sonet and Seltos, and the carmaker is set to extend the same philosophy to its MPV as well. Expect the upcoming model to have the same set of features as the Seltos.

While diesel engines still remain the choice for those expecting higher running, the popularity of petrols has soared with the switch to BS6 norms. To cater to a wider audience then, Kia will be offering both powertrains with its mid-size MPV.

The mainstay of the MPV range will be a 1.5-litre diesel engine, while a 1.5-litre petrol mill will also be on offer, powering the base variants. Both powertrains are available with the Kia Seltos, where they make an identical 115hp of power.

A variety of engine options should give the Kia an edge in the MPV category. In comparison, the Ertiga is a petrol-only model for now, while the Marazzo gets a sole 1.5-litre diesel engine (though a 1.5-litre turbo-petrol unit is expected in the Mahindra MPV soon).

Armed with plenty of equipment and powertrain choices, expect Kia to make a splash in the MPV segment with its future product, just as it has done in the SUV category.