Is this the upcoming Kia MPV for India?

Kia's next product for India will be the KY MPV; expected to come by 2022. 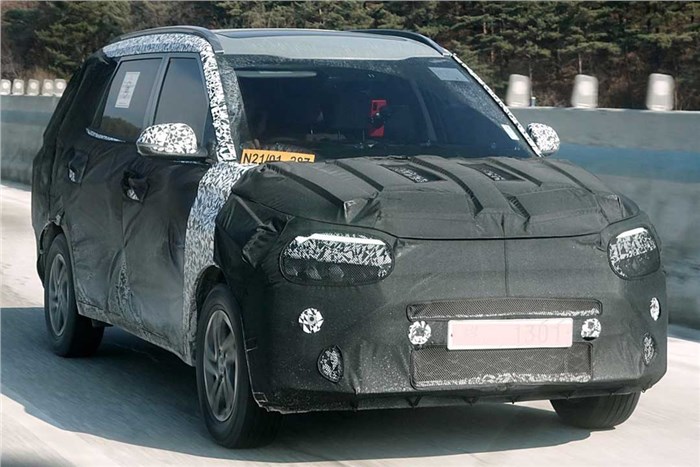 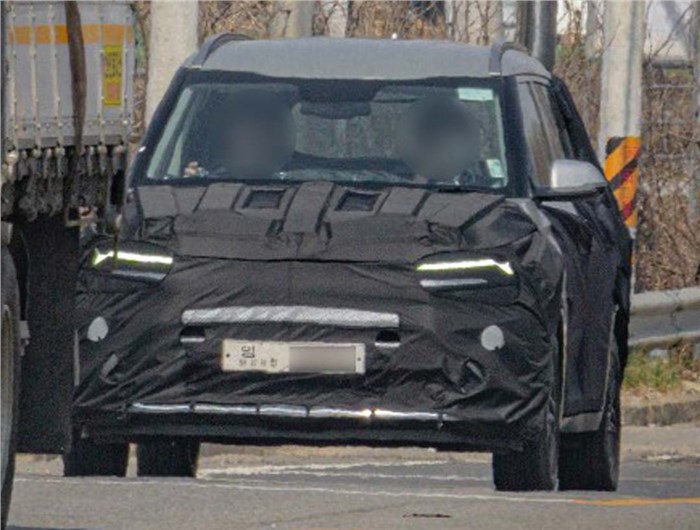 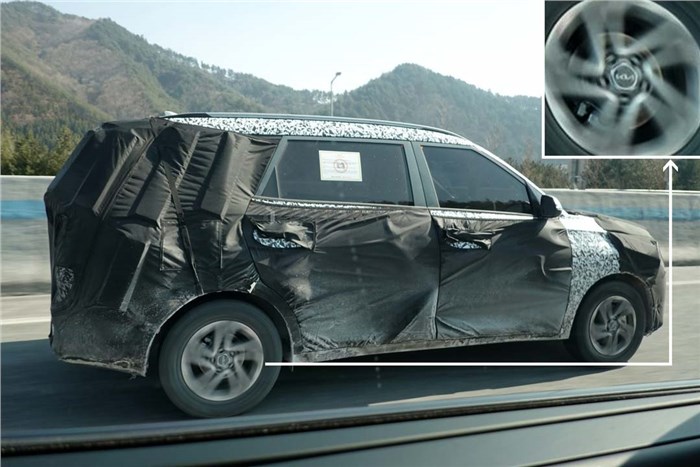 Kia Motors has begun work on its next product for India, an all-new MPV. The Kia KY will be the Korean brand’ssecond MPV in India after the Carnival,whichsits at the premium end of the segment.

A first set of spy shots that have surfaced online give us a rough idea of what to expect from Kia's upcoming three-row vehicle. While the test mule seen in Korea is still heavily covered,itconfirms that the vehicle will have a proper three-row MPV silhouette.

This new MPV, as reported by us earlier, will share its platform with the Sonet and will be around 4.5m in length and have adequate space for all three rows, similar to the Mahindra Marazzo.Thiswill help position it right between the Maruti Suzuki Ertiga and the Toyota Innova Crysta in the Indian market.

The vehicle seen in these spy shots does give out some hints on what to expect on the styling front. Ithas wraparound headlamps with LED DRLs positioned above, similar to the ones seen on the Sonet. A wide ‘Tiger nose’grille and other sharp styling features, with a mix of chrome bits, can be expected.

Additionally, we can confirm that the model will come with 16-inch wheels and get MRF Wanderer tyres, similar to the Seltos.

2022 Kia KY MPV: what features can be expected?

The mainstay of the Kia KY MPV range in India will be a 1.5-litre diesel engine, while a 1.5-litre petrol will also be on offer. Expect Seltos-like power outputs and gearbox options on the KY MPV. In comparison, the Maruti Ertiga is currently a petrol-only model, while the Mahindra Marazzo gets a sole 1.5-litre diesel engine;a diesel-AMT and a petrol engine areexpected to join in the future.

We expect the Kia KY MPV to be unveiled later this year. This new model will be sold in India, as well as in Indonesia, which is also a popular market for MPVs. There are talks of a Hyundai version (Codename: KS) in the pipeline, too.However,there is no news of the new Hyundai MPV making it to our shores.