It’s blisteringly quick, yet compact enough to blend in with our roads and traffic. Has the X3 M hit the sweet spot of high-performance SUVs? 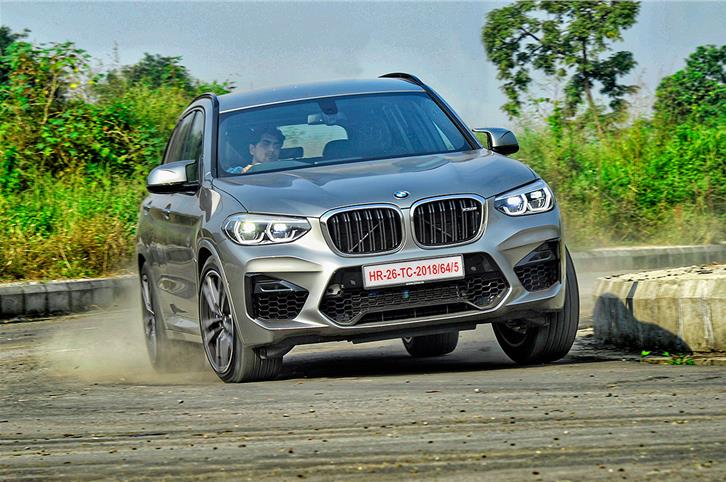 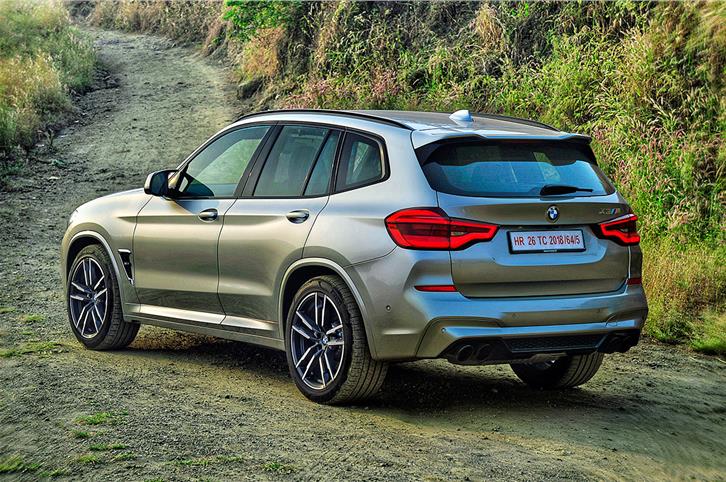 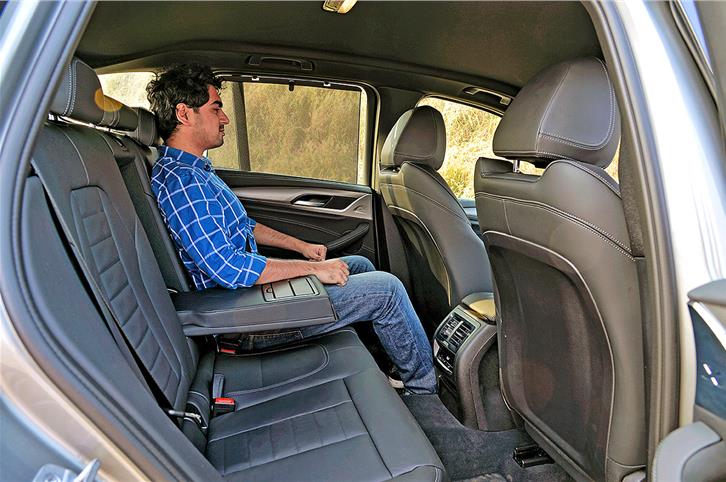 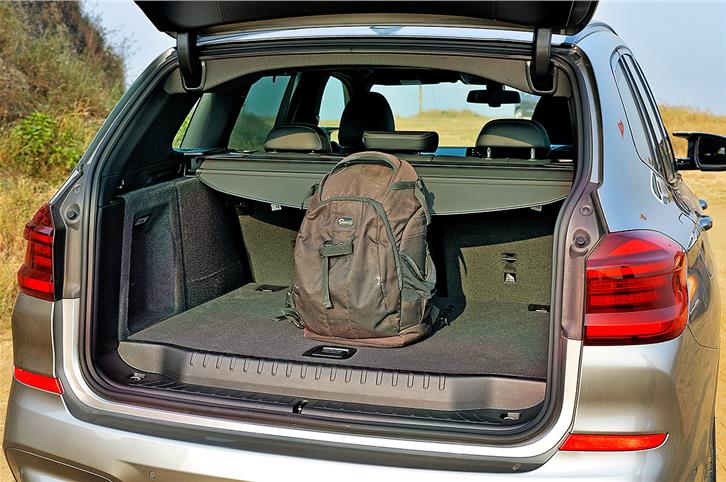 Large SUVs packing oodles of performance isn’t a concept that’s new to BMW. In the past, it has introduced performance SUVs like the X5 M and the X6 M, and along the way several other BMW SUVs have got the ‘M-sport’ treatment, which is a mere taste of the performance capability of a full-blown M treatment. Now, for the first time ever, BMW’s M-division has worked its magic on the mid-sized X3, marking the birth of the X3 M. This SUV is powered by the same 480hp twin-turbo S58 petrol engine that also powers the 2021 BMW M3 and M4 sports sedans; it gets an M xDrive all-wheel-drive system, which made its debut in the M5 super sedan, and BMW’s M division has tuned the X3’s performance and dynamics to further dial up the heat. Priced at Rs 99.9 lakh, this fully imported BMW goes up against the Porsche Macan S and the recently launched CKD version of the Mercedes-AMG GLC 43 Coupe.

In an inconspicuous skin, the X3 M easily passes off as any other premium BMW SUV offering. And with a relatively compact footprint (compared to the X5 M and X6 M), the X3 M doesn’t come across as imposing or intimidating. Look closer and the subtle differences with the standard X3 become more obvious. It gets the chrome surround kidney grille with blacked vertical bars, which is a signature M styling. Then there are other elements like restyled front and rear bumpers, embellishments on the fenders, sportier side mirrors, quad exhaust tips and a roof spoiler. Lurking behind the large 20-inch wheels are massive 395mm discs upfront and 370mm discs at the rear, paired with blue M calipers. Even the black body cladding of the standard car is now in body colour in this M version. 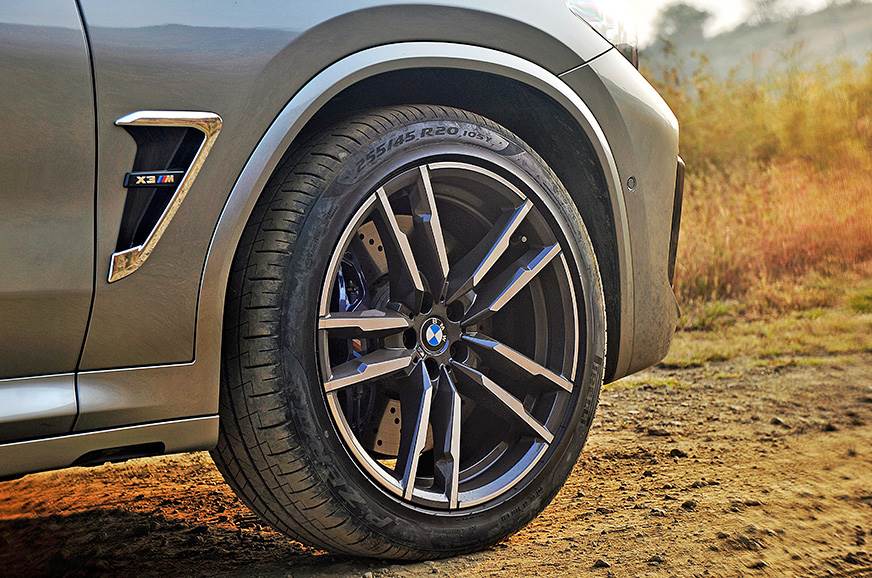 Changes on the inside are as subtle as those on the exterior. This one gets an all-black cabin and the first thing that grabs your attention is the sporty steering wheel with two red M buttons on it. The gear selector is also new, and so are the matte silver panels that replace the gloss black trims on the standard car. The front seats are much sportier, well-contoured and offer better support; these also include adjustable side bolstering for additional lateral support. Aside from these, however, the cabin remains identical to the standard car, with high-quality materials, a neat user-friendly layout and good all-round visibility. Space at the rear is good too, and so is its large boot that also tucks in a space saver tyre beneath the boot floor for added practicality. 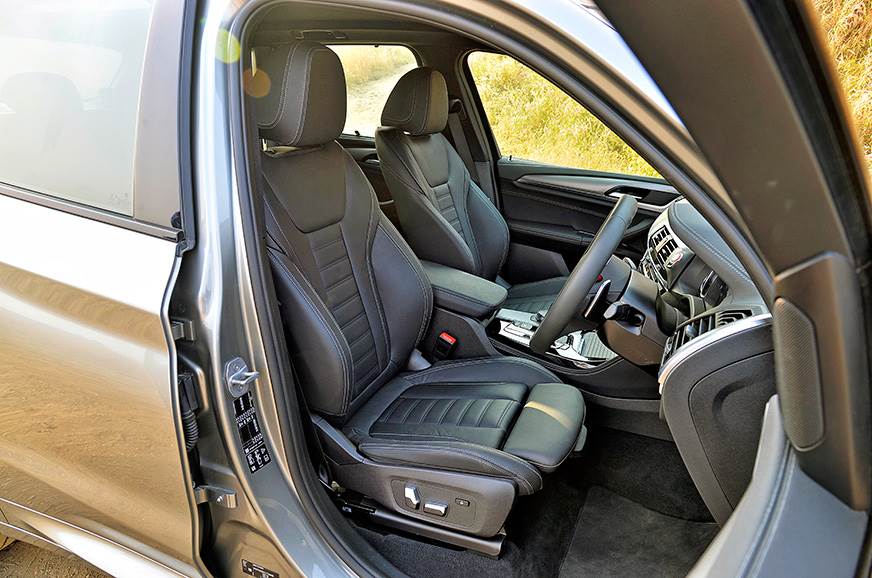 Its features list is shared with the standard car, so it gets auto-LED headlamps, rain-sensing wipers, three-zone climate control, part-digital instrument cluster, front and rear parking sensors, reversing camera, 10.25-inch touchscreen with Apple CarPlay, wireless charging and more. M specific features include an exhaust flap opening-closing button, and this one even offers modes that change the weight of the steering, stiffness of the dampers, throttle response and gearshift quickness. M modes on the steering represent memory options for preset configurations for the suspension, engine, steering, etc. The test car, however, missed the all-important sunroof. 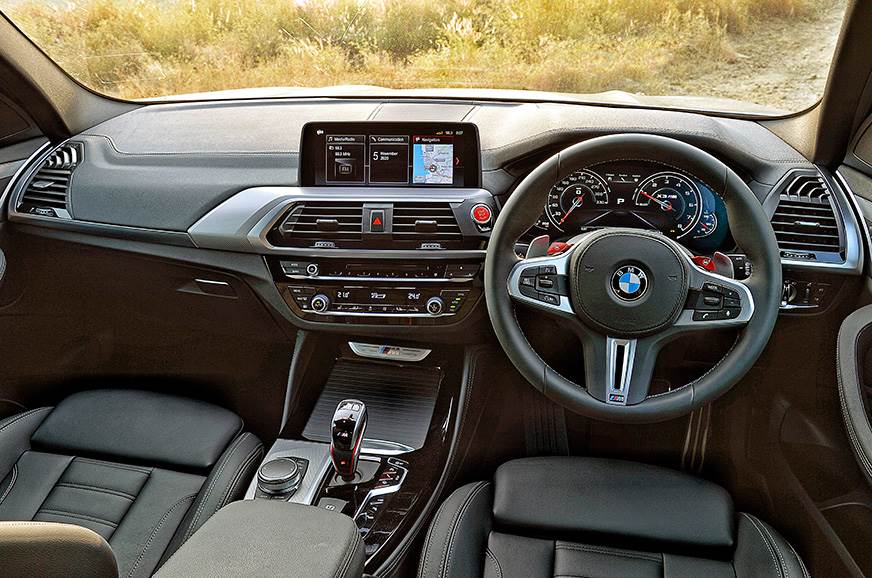 Powering the X3 M is a 2,993cc, inline, six-cylinder twin-turbocharged petrol engine that makes 480hp and 600Nm of torque. This twin-turbo motor uses two single-scroll turbos – one for cylinders 1-3 and the other for 4-6. Among the various innovative solutions and weight-saving measures, this one uses forged crankshafts, which aren’t merely lightweight but offer extreme torsional resistance, in line with its high-revving nature. By default, the exhaust flaps are wide open for a very satisfying orchestra on start-up. There is an option to close these flaps for a quieter start or drive. Right from the get-go, the X3 M feels very potent in the way it drives. Even when being driven with a light foot, the sharp throttle responses always make you aware of the masses of power reserves leashed beneath your right foot. And what this car does really well is it surprises you with the way it delivers its performance. Prod the throttle and this near two-tonne SUV scoots forward with an extraordinary sense of urgency as it gobbles up the road in a manner you’d least expect from any SUV. This rev-happy engine pulls relentlessly till 7,200rpm and it spins so quickly and so freely, watching the speedo hit the redline and hearing the extremely likeable exhaust note will surely plaster a huge grin on your face. 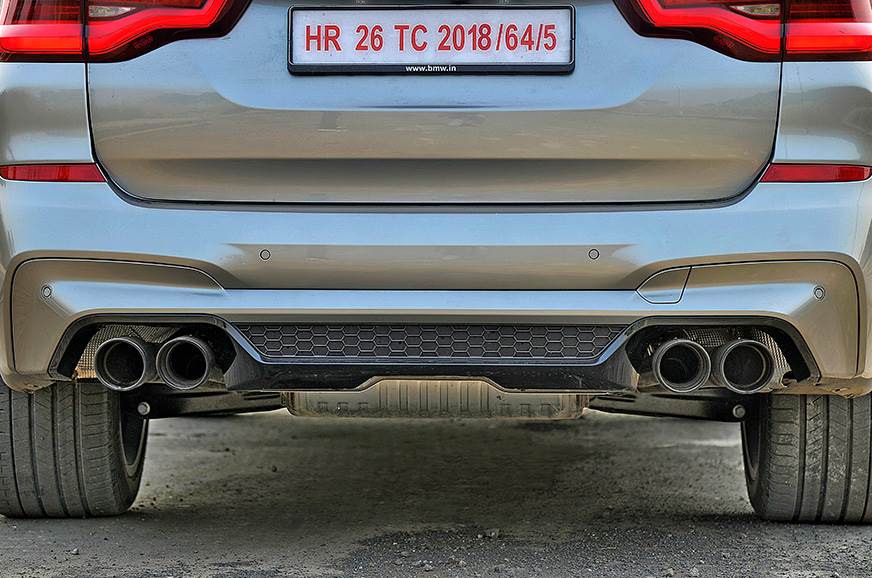 Complementing this engine is the superb 8-speed automatic transmission, which remains in the right gear at all times, and while there are paddleshifters for manual control over the transmission, the automatic is so good, you’ll seldom find the need for a manual intervention. The 8-speed automatic also allows you to control the speed and intensity of the gearshifts via three settings. 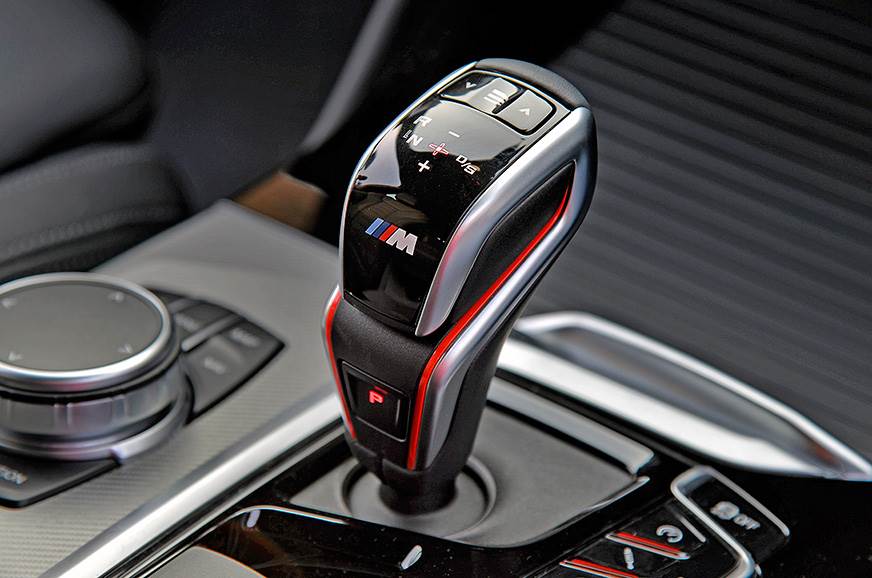 To put this SUV’s performance into perspective, it scoots to 100kph like a scalded cat in just 4.5sec, and it relentlessly pulls till its electronically limited top speed of 250kph. Even its kick-down timings from 20-80kph and 40-100kph surprisingly take the same amount of time, both under 3sec, which goes to show how strong its pulling power is. 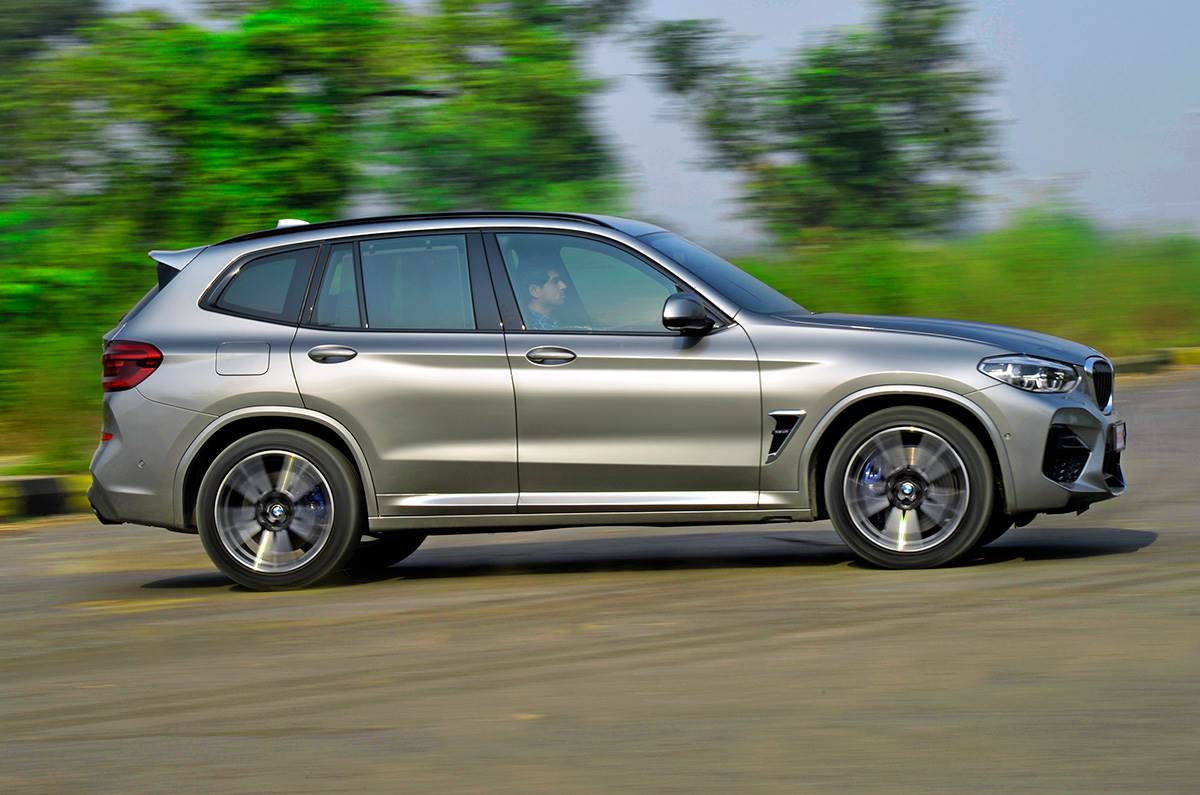 Ride comfort isn’t as supple as the standard X3, but for an M car it is still quite forgiving in the ‘Comfort’ setting. In Sport and Sport+ setting, the dampers feel the stiffest, and riding on the 20-inch wheels, suspension shocks do filter through. Show this SUV some corners, however, and its stiff setup really shines. The X3 M feels agile and wraps itself around you like a much smaller and nimbler car. The turn-in is sharp and the four-wheel-drive system is extremely grippy, so this SUV clings onto the ground like a leech. Unlike the M5, though, there is no option for a two-wheel-drive mode. Its steering, however, feels a bit artificial in certain modes, and a razor-sharp unit like the Porsche Macan it isn’t, in terms of steering feel. 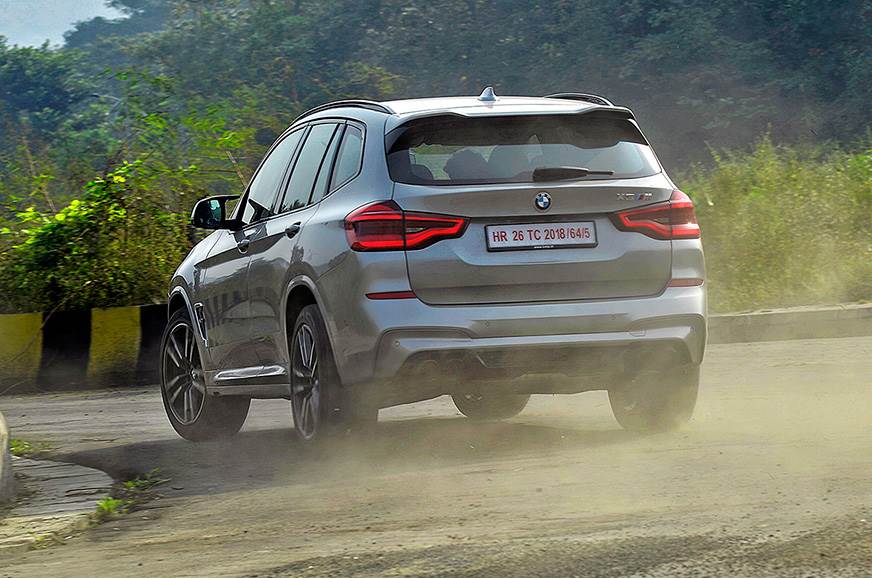 One of the key highlights of the X3 M are its brakes, which are exceptional, not only in terms of pedal feel, but even in terms of performance. In panic braking scenarios, these brakes bring the massive two-tonner down to a complete halt quicker and in a shorter distance than most sportscars on sale, which is commendable. 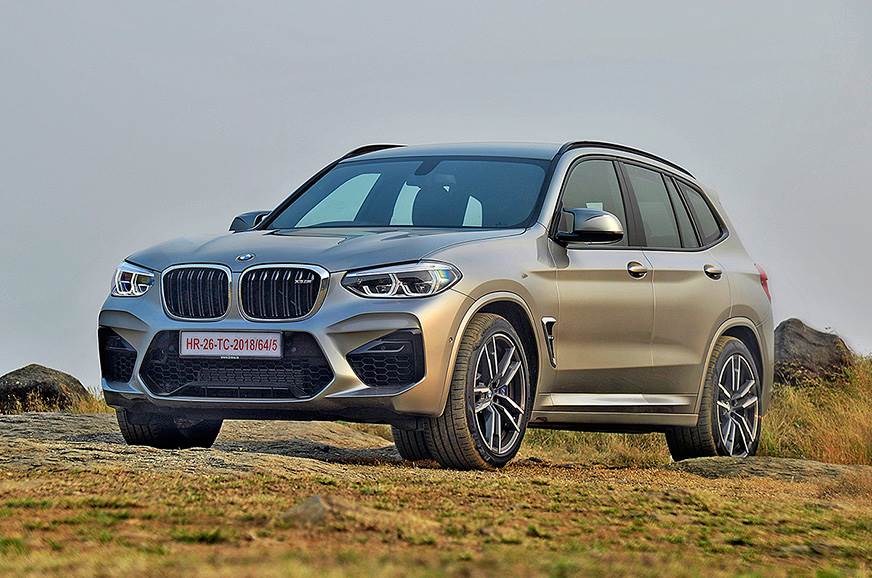 If you wish to wish to keep a low profile and want to simply blend amidst the commuter traffic on a daily basis, but still want to enjoy those midnight or early morning drives with your supercar buddies, the BMW X3 M is for you. And compared to low-slung high-performance cars, this BMW is far more practical and usable due to its high ground clearance, spacious cabin and boot, and good all-round visibility. Think of the X3 M as an M3 sportscar on stilts and you’ll see it in the right light. And when you consider that the now-discontinued 2015 M3 was launched in India at a price tag that was Rs 20 lakh more than this X3 M SUV in 2020, you’d even find value in this proposition. 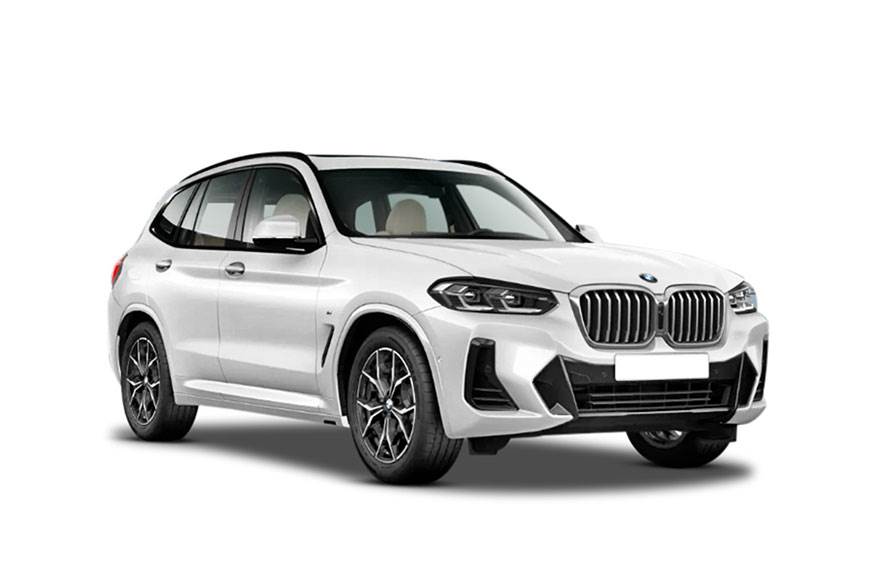 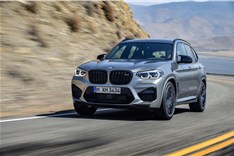 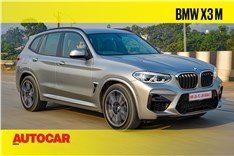 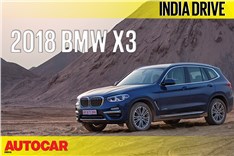 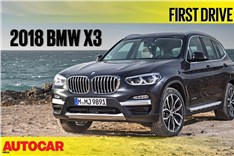