New M3 and M4 get radical new looks and a 3.0-litre twin-turbo straight-six petrol engine with up to 510hp. 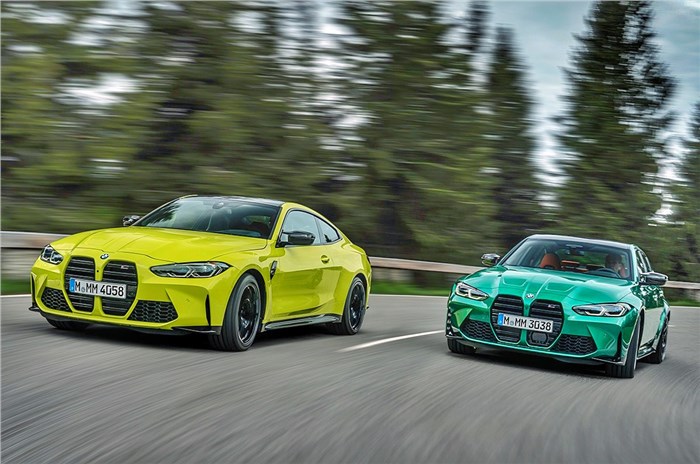 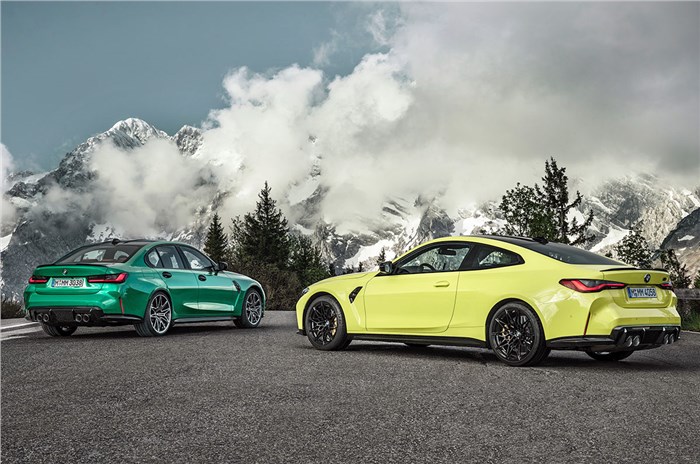 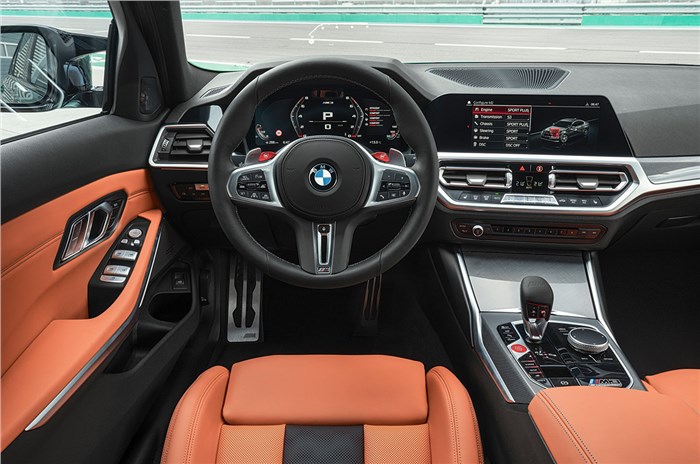 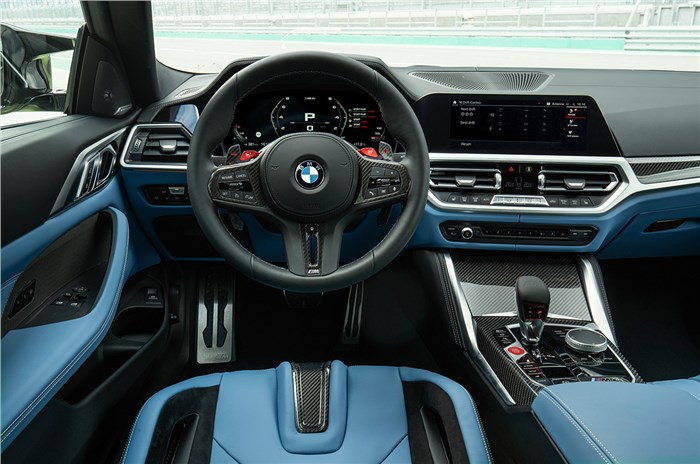 The new BMW M3 sedan and M4 coupé have been revealed. Both models feature a radically redesigned front end, new straight-six petrol engine and the option of all-wheel drive.

The new M3 and M4 receive their own individual styling differentiated from lower variants. The biggest talking point is the nose, dominated by a large vertical grille that features seven double-horizontal louvres. It’s similar to that of the new 4 Series, but comprises two distinct elements, rather than being a single-frame design.

Other unique touches include a heavily structured front bumper, a bonnet that features two distinctive indents to accentuate the look of the grille, widened front wings and sills, and air ducts within the front fenders.

The M3 and M4 also have a carbon-fibre-reinforced plastic roof, a boot-mounted spoiler and a reworked rear bumper with a multi-channel diffuser and a pair of chromed round tailpipes on either side.

Compared to the old M3, the new performance sedan is 108mm longer, 26mm wider and 8mm taller. The M4 too has grown in length by 108mm, with width and height increased by 18mm and 1mm respectively. Both cars feature the same 2,857mm wheelbase, which is 45mm longer than that of their predecessors.

The M3 and M4’s cabin layout remains unchanged from the standard model but gets unique, M-specific touches. There are new M Sport seats, an M Sport steering wheel, digital instruments and infotainment functions with M-specific graphics and unique trim elements.

Also new to the M3 and M4 is an optional ‘M Drive Professional’ system. This includes a new M Traction Control function that allows the Dynamic Stability Control to be adjusted through 10 steps, as well as a Drift Analyser that records and rates driving statistics alongside a lap timer function.

Powering the sedan and coupé siblings is a newly developed twin-turbocharged 3.0-litre, straight-six petrol engine (codename: S58). This longitudinally mounted engine comes in two different states of tune, with 480hp and 550Nm in standard spec, and 510hp and 650Nm in Competition guise.

These figures represent increases of 50hp and 66hp, standard and competition, respectively, over the older S55 engine used by their predecessors. The standard M3 and M4 come with a 6-speed manual gearbox as standard with a ZF-sourced 8-speed torque-converter as an option, while the Competition models get the automatic only.

BMW claims 0.2sec and 0.1sec improvements in the 0-100kph times, at 4.2sec for the regular models and 3.9sec for the Competition cars – the latter being the same for the old M3 CS and M4 CS. Top speed is limited to 250kph, although buyers can specify a driver’s package that lifts it to 290kph.

While sharing the same architecture as the older S55 unit, the new S58 has a longer 90mm stroke, increasing cubic capacity by 14cc to 2993cc, and features reworked turbochargers, a heavily revised fuel-injection system and an emissions-cutting petrol particulate filter.

Another first for both models is all-wheel drive, although unlike the more powerful M cars, it will not be standard, but instead an option on the Competition variants. The system will offer three driving modes: 4WD, 4WD Sport and, with the Dynamic Stability Control system switched off, 2WD.

BMW’s M division has also gone to some lengths to boost the overall rigidity of the M3 and M4 bodyshells. Included are substantial braces at the front of the engine bay and across the front suspension towers, as well as at the rear, where a new subframe is bolted directly to the rear body structure.

Along with the sedan and coupé, BMW is also developing the first ever M3 Touring estate and M4 Gran Coupé, as well as a new-gen M4 Cabriolet, in an expanded line-up that’s also set to include even more powerful, track-focused CS derivatives later down the line.

With the older generations having been on sale in India, one can expect the new M3 and M4 to also be launched here. BMW is even expected to launch the standard 4 Series Coupe in India sometime in 2021.

Also on the cards for 2021 is the 5 Series facelift and updated 6 Series GT. For 2020, BMW is currently set to launch the all-new 2 Series Gran Coupe in India.