The M3 estate will join the M3 sedan and M4 Coupe in an expanded performance line-up. 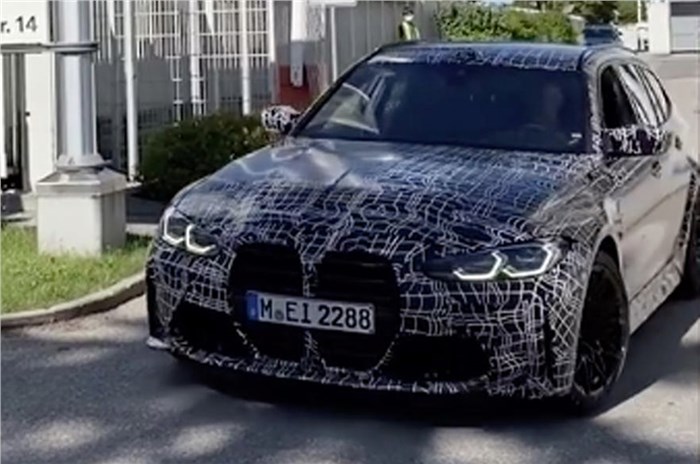 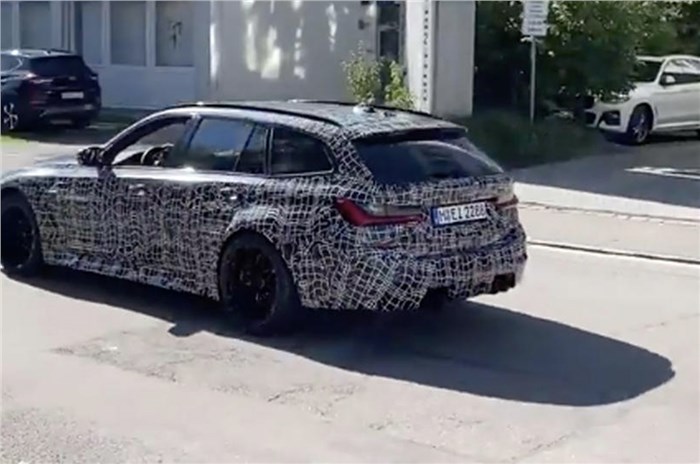 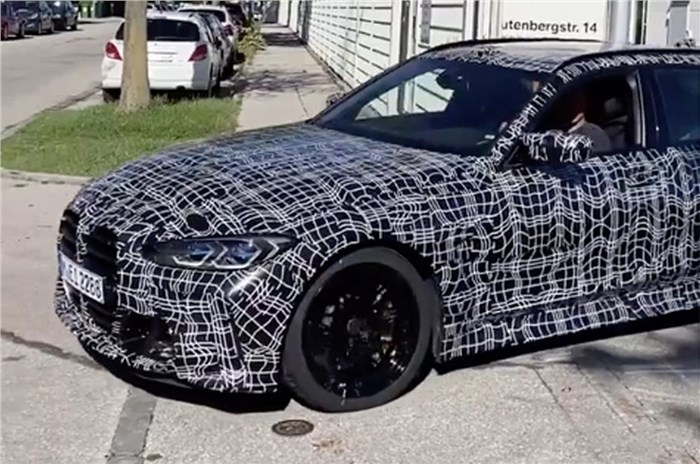 BMW will expand its line-up of M performance cars with the first ever M3 Touring. The first test prototypes of the performance estate have begun on-road development ahead of a likely reveal in 2022.

A short clip posted to BMW M's official Instagram feed shows a road-registered M3 Touring prototype leaving the performance division's Munich headquarters. It's wearing a full camouflage wrap, but we can see that it will bear a strong resemblance to the standard 3 Series Touring. However, differences include flared arches, added air intakes and a sports exhaust system.

It will also gain the vertically-oriented front grille that made its debut on the new 4 Series coupé, rather than the standard car's more familiar, horizontally aligned grille.

The new M3 Touring will give BMW a direct rival for the long-established Audi RS4 Avant for the first time. In a release, the firm described the hot version of the 3 Series Touring as a “dream come true” that will add to the “unparalleled model diversity” of its expanded M range.

The M3 Touring will sit alongside the new M3 super-sedan and M4 Coupé, both of which are set to be unveiled in September, and next year's M4 Convertible.

Our sister publication Autocar UK reported in 2018 that an M3 Touring was being strongly considered by BMW. The firm confirmed the model shortly before it began development work at its Garching facility near Munich. Track tests on the Nürburgring Nordschleife are set to follow.

BMW has yet to reveal many technical details of the M3 estate but has confirmed it will use its turbocharged six-cylinder petrol M engine. The M3 Touring is expected to share its mechanicals and powertrain with the new M3 and M4 – both are powered by the S58 twin-turbocharged 3.0-litre in-line engine making 480hp and 600Nm of torque in standard form.

BMW said that “further speculation on engine and performance is quite welcome” and confirmed that the machine will offer the M division’s signature wide axles, large front air intakes and quad exhaust pipes.

The estate will, according to BMW, also offer the full space and capacity of the regular 3 Series Touring. It added that it will fulfill “the hopes of all those who wish to take the M-specific interplay of racing-orientated performance and everyday suitability to the extreme”.

A release date for the M3 Touring has yet to be confirmed, although BMW said that it's in the early stages of a two-year development process, suggesting an arrival in late 2022.

While BMW has never previously offered an M3 Touring in the 34-year history of the M3, it did produce a feasibility study prototype based on the third-generation model in 2000. Although it was driven by a number of journalists, it didn't reach production.

BMW India had the previous-gen M3 and M4 in its line-up though has since discontinued them. There’s no word on whether the all-new models, including estate version, will arrive too.

The brand recently added a limited-run variant of the BMW 3 Series Gran Turismo and is expected to bring the X3 M to India soon.