The limited-edition variant of the BMW 3 Series Gran Turismo is being offered in the top-spec M Sport trim. 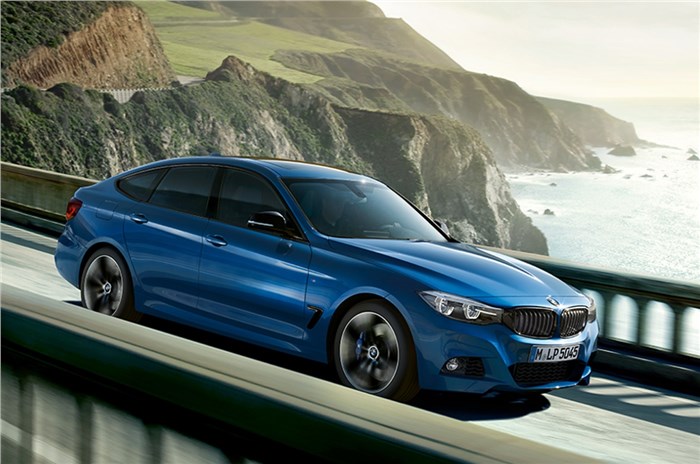 The BMW 3 Series Gran Turismo Shadow Edition has been launched in India at Rs 42.50 lakh (ex-showroom, India). The 3 Series GT Shadow Edition is being sold in a single, 330i M Sport variant.

What’s different on the Shadow Edition?

On the exterior, the 3 GT Shadow Edition gets a gloss black finish for the grille and tailpipes, M badging on the front fenders, black 18-inch M alloy wheels and an M aerodynamics package, which includes the front apron, side skirts and rear apron finished in ‘Dark Shadow Metallic’ paint. The interior housing of the headlamps and tail-lamps are also darkened to complete the look.

Inside the cabin, you get M badging on the door sills, on the key fob and an M leather-wrapped sports steering wheel.

What features do you get in the 3 Series GT Shadow Edition?

How can one buy the 3 Series GT Shadow Edition?

It is powered by a 2.0-litre, four-cylinder turbo-petrol engine that produces 252hp and 350Nm of torque, that is mated to an 8-speed torque-converter automatic gearbox. The 330i GT completes the 0-100kph sprint in 6.1 seconds.

What next for the BMW 3 Series GT?

BMW has already confirmed that the 3 Series Gran Turismo will be discontinued and that this body style will not be available on the new-gen BMW 3-series (G20). In India, the 3 Series GT will be replaced by the all-new 3 Series (G20) Long Wheelbase that’s currently on sale in China. The 3 Series LWB has a 110mm longer wheelbase than the standard 3 sedan and is expected to join BMW’s India line-up by mid-2021.