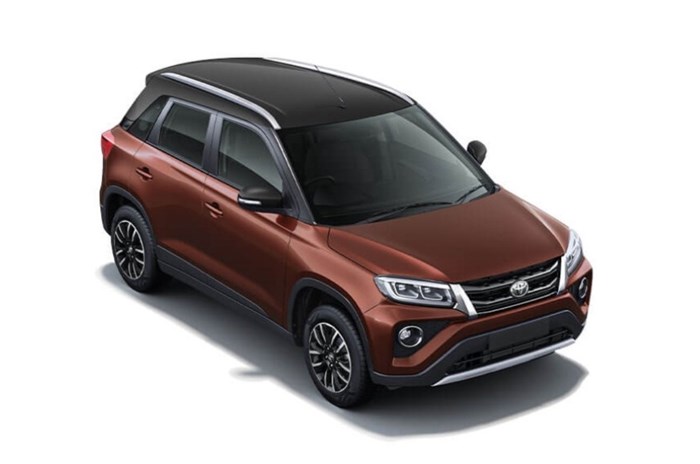 The Toyota Urban Cruiser's launch marks the entry of the Japanese automaker into the highly competitive compact SUV segment in our market. Essentially a badge-engineered version of the Maruti Suzuki Vitara Brezza, the sub four-metre model is the result of Toyota and Suzuki's global alliance for sharing technology and products.

The Toyota Urban Cruiser is priced at Rs 8.40-11.30 lakh (ex-showroom, Delhi) and is available in three trim levels, with a single engine and two gearbox options.

Like most of its components, the Urban Cruiser shares its running gear with its Maruti Suzuki sibling and is powered by a 105hp, 138Nm petrol engine. The 1.5-litre, four-cylinder, naturally-aspirated unit comes mated to either a 5-speed manual or a 4-speed torque-converter automatic gearbox. The automatic version also benefits from Suzuki’s fuel saving, mild-hybrid tech.

The Urban Cruiser has been launched in three trim levels – Mid, High and Premium – with each variant offering the choice of manual and automatic transmissions. The variants are based on the Maruti Vitara Brezza’s top three trims – VXi, ZXi and ZXi+ - and consequently, even the entry-level version of the Urban Cruiser is reasonably well equipped.

Here is a look at the variant-wise prices and features.

In addition to Mid trim

In addition to High trim

A shift in customer preference towards SUVs, especially sub-four-metre models, has seen most carmakers entering the compact SUV space in recent years. In addition to the Brezza, the Urban Cruiser faces stiff competition from the Ford EcoSport, Mahindra XUV300, Tata Nexon, Hyundai Venue and the recently-launched Kia Sonet. Soon, it will also have to contend with the Renault Kiger and Nissan Magnite that are slated to arrive by next year.