Prices for the Fortuner now start at Rs 32.40 lakh, while the Innova Crysta line-up is priced from Rs 18.90 lakh. 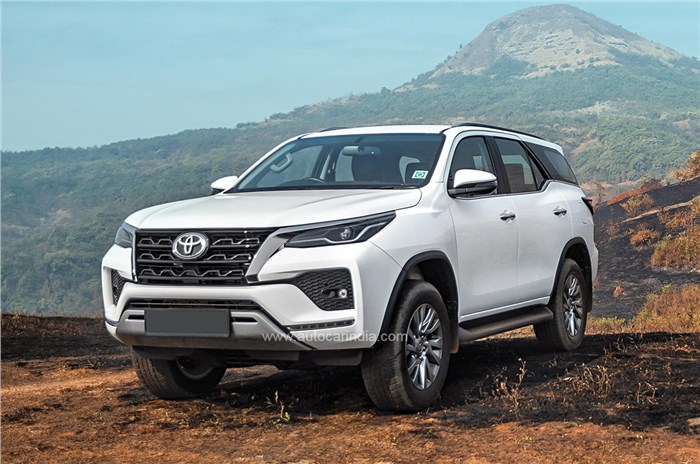 Toyota India has hiked the prices of the Fortuner SUV and the Innova Crysta MPV this month. Similar to most automakers, the Japanese manufacturer has revised the prices to counter increasing input costs.

With the latest price hike, the standard Fortuner – petrol and diesel with manual and automatic transmissions – now costs Rs 61,000 more, while the 4WD versions have increased by Rs 80,000. Lastly, the prices of the Legender and GR Sport versions of the SUV have been hiked by Rs 1.14 lakh.

Since the launch of the Fortuner facelift, the SUV's prices have gone up by Rs 2.40 lakh.

Here's a look at the Fortuner's pricing when compared to its last price hike which it received back in April 2022.

Launched in 2020, the Innova Crysta facelift was originally priced between Rs 16.26 lakh-24.33 lakh. In July 2022, however, Toyota has not made any changes to the prices of the Innova Crysta’s petrol variants, which start from Rs 17.45 lakh and go all the way up to Rs 23.83 lakh. Meanwhile, a uniform hike of Rs 27,000 has been introduced on the diesel-powered, 7- and 8-seater manual versions of the MPV. The maximum hike of Rs 86,000 has been introduced on the automatic versions of the 7- and 8-seater variants of the diesel Innova Crysta.

The Japanese automaker recently unveiled the new Hyryder midsize SUV, which will take on the likes of the Hyundai Creta, Kia Seltos, VW Taigun, Skoda Kushaq and the MG Astor. With a launch slated for sometime next month, Maruti Suzuki’s version of the hybrid SUV is expected to make its debut in August, with a market launch slated for the upcoming festive season.