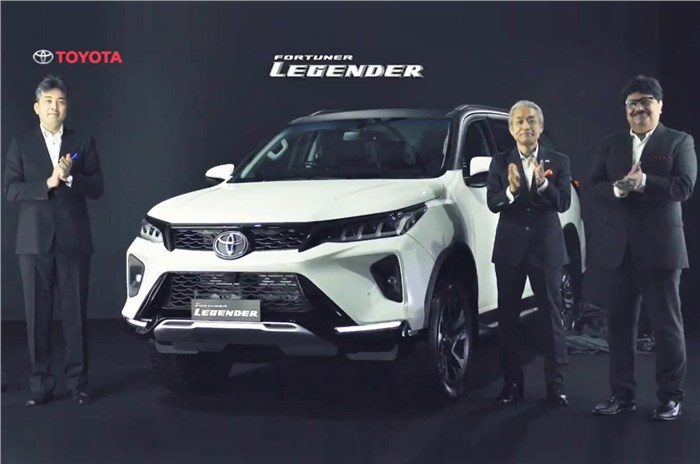 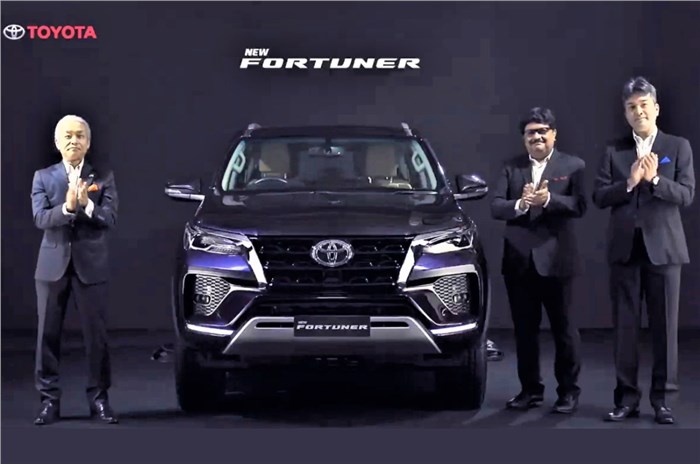 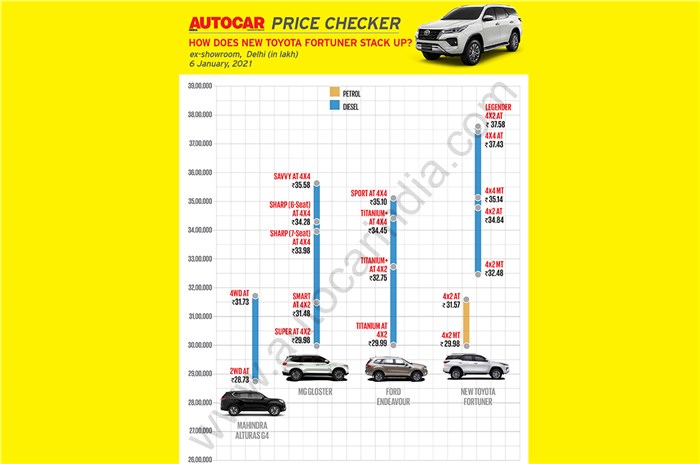 The 2021 Toyota Fortuner facelift has been launched in India, with prices ranging from Rs 29.98-37.58 lakh (ex-showroom). This is the first major update for the current-generation Toyota Fortuner, which was launched in our market all the way back in 2016. What’s worth noting is that this update brings more than just a refreshed look, inside and out, for what is one of Toyota’s best-sellers in India. Let’s take a look at all that’s new.

For 2021, the Toyota Fortuner gets a new face, with redesigned LED headlights that incorporate LED daytime running lights, a larger mesh-pattern grille, reshaped front bumper and new 18-inch alloy wheels. At the back, the major change is the addition of slimmer-looking LED tail-lights.

As for the Toyota Fortuner facelift's interior, not much has changed in terms of design from the pre-facelift model, but one major difference is the inclusion of a larger, 8.0-inch touchscreen infotainment system that comes with Apple CarPlay and Android Auto compatibility. Connected car tech is also on offer.

Also part of the equipment list are a mildly updated instrument cluster, 8-way power-adjustable and ventilated driver and co-driver's seats, an 11-speaker JBL audio system, front parking sensors and there are two interior colour schemes on offer – all-black and chamois.

Sitting at the top of the facelifted Toyota Fortuner lineup is the ‘Legender’ version, which has a sportier persona and is priced at Rs 37.58 lakh. It sports a notably different face with a split grille, a different front bumper that houses sequential LED turn indicators, LED projector headlights with a unique pattern for the LED DRLs, a gloss black finish replacing the chrome embellishments and different alloy wheels. While it is available with several colour combinations abroad, the Fortuner Legender will only be offered in Pearl White with a contrast black roof in India, with just one interior colour scheme – black and maroon. The Legender also gets a hands-free tail gate opening function.

Just like the outgoing model, the Toyota Fortuner facelift, too, is available with a 2.7-litre petrol and a 2.8-litre diesel engine. The petrol – which makes 166hp and 245Nm of torque – has been carried over unchanged, and can be had with a 5-speed manual or a 6-speed automatic.

The big change, meanwhile, is with the diesel engine – the 2.8-litre unit now makes 204hp, and while it produces the same 420Nm of torque as before when paired with the 6-speed manual, it produces  an impressive 500Nm of torque in the Fortuner automatic, which gets a 6-speed torque convertor unit.

For years now, the Toyota Fortuner has enjoyed a largely unfettered run in India’s full-size, three-row ladder-frame SUV space. At present, its rivals include the Ford Endeavour (Rs 29.99-35.45 lakh), the Mahindra Alturas G4 (Rs 28.73-31.73 lakh) and the latest challenger in the segment, the MG Gloster (Rs 29.98-35.58 lakh). The midlife update has brought a notable hike in price for the Toyota Fortuner, which pushes it towards the higher end in its segment.

What do you think of the 2021 Toyota Fortuner facelift and its pricing? Let us know in the comments.