This new SUV from Maruti will share its platform with the upcoming Toyota Hyryder. 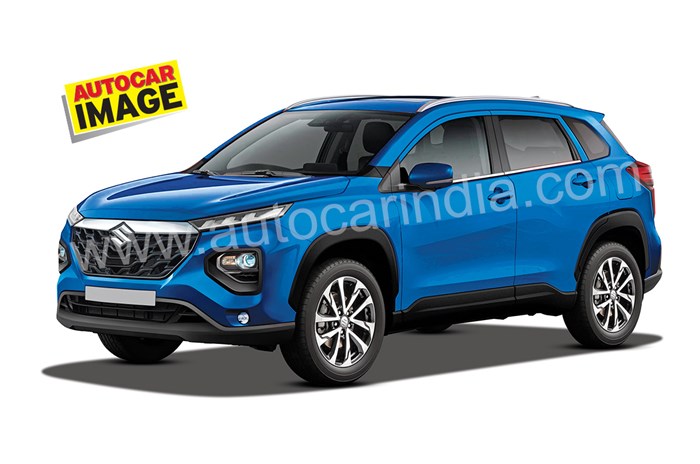 Hot on the heels of launching the new Brezza in India at the end of this month, Maruti Suzuki will take the wraps off its midsize SUV sometime in July, sources have confirmed. This new Creta-rivalling SUV will be based on the upcoming Toyota Urban Cruiser Hyryder, which will see a global debut on July 1, 2022.

Maruti’s Creta rival will be a global SUV

Maruti Suzuki's new SUV will be a global offering and is most likely to be exported to multiple markets, including Africa and Europe. This SUV could also serve as the replacement for the Vitara overseas, which has been on sale since 2015. It could, thus, be christened the new Maruti Vitara upon debut.

As we reported earlier, both the Toyota Urban Cruiser Hyryder and Maruti Suzuki’s midsize SUV will be based on Suzuki’s Global-C platform that currently underpins models like the S-Cross, Ciaz and the current-gen Vitara Brezza. The SUVs will be offered with Suzuki’s Dual-Jet K15C series engine that does duty in the facelifted XL6 and Ertiga MPVs.

Additionally, the midsize SUV twins will also come with strong or full hybrid set-up which will be sourced from Toyota. Automatic gearbox choices will include a six-speed torque convertor for the mild-hybrid variants, while full-hybrid line-up is expected to get a CVT gearbox.

Both SUVs to launch around festive season

We are told that both SUVs are expected to go on sale around the festive season which starts from August. Toyota’s version, which will be called the Urban Cruiser Hyryder, is expected to see a price announcement ahead of its Maruti counterpart.

Upon arrival, the Maruti Suzuki midsize SUV, which will be retailed through Nexa outlets, will take on the hotly contested midsize SUV segment comprising models like the Hyundai Creta, Kia Seltos, Volkswagen Taigun and the Skoda Kushaq.