Tata Nexon XM(S) launched; is most affordable car with a sunroof 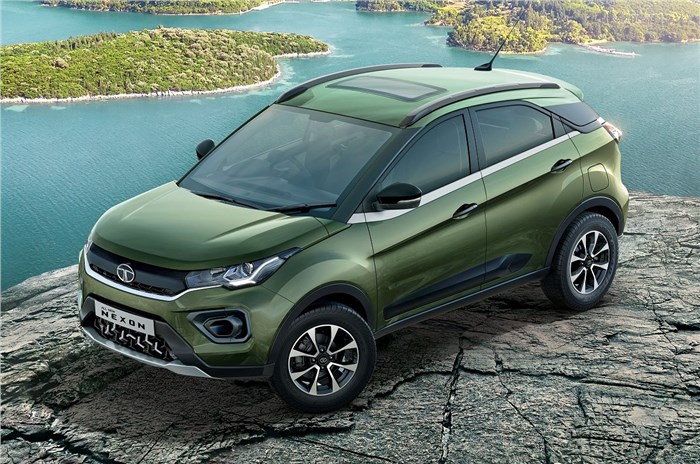 The Tata Nexon XM(S) and XMA(S) have just been launched, the former now being the most affordable car with a sunroof in India. Available with petrol and diesel engine options and in manual and AMT auto form, the new variants are priced between Rs 8.37 lakh and Rs 10.30 lakh.

The table below has the details on where the new variants fit in the Nexon range.

How much more do the Nexon XM(S) and XMA(S) cost?

While the new variants in petrol form are priced Rs 52,000 higher than the Nexon XM and XMA – their respective variants without a sunroof, the diesel variants cost Rs 50,000 more.

What additional equipment is on offer with the Nexon XM(S) and XMA(S)?

As we’ve said before, the Tata Nexon is now the most affordable car with a sunroof – the BS6 Honda Jazz ZX, which is the only premium hatchback with a sunroof – is priced at Rs 8.74 lakh; just Rs 37,000 more.

Along with the electric sunroof, the Nexon XM(S) also gets kit like automatic wipers and headlights and steering-mounted controls for the premium. Features such as dual-front airbags, hill-hold assist, ESP, Isofix child seat mounts, LED DRLs with projector headlamps, an 8-speaker audio system with Bluetooth connectivity and drive modes for the engine have been carried forward.

Which other compact SUVs offer a sunroof?

There are quite a few compact SUVs that offer a sunroof. In fact, the Maruti Suzuki Vitara Brezza is the only model that currently doesn’t offer one, and the Toyota Urban Cruiser won’t come with one either. Honda’s recently refreshed WR-V, which is also considered a rival to sub-four-metre SUVs, also comes equipped with a sunroof.

However, as the table below shows, the starting prices for sunroof-equipped models are all on the higher side, as it tends to be offered only in higher variants of cars in this segment.

A sunroof is considered a premium feature in the Indian market and having a sub-Rs 8.5 lakh model with one is a good bet to improve sales. Whether this strategy works for Tata Motors will have to be seen.